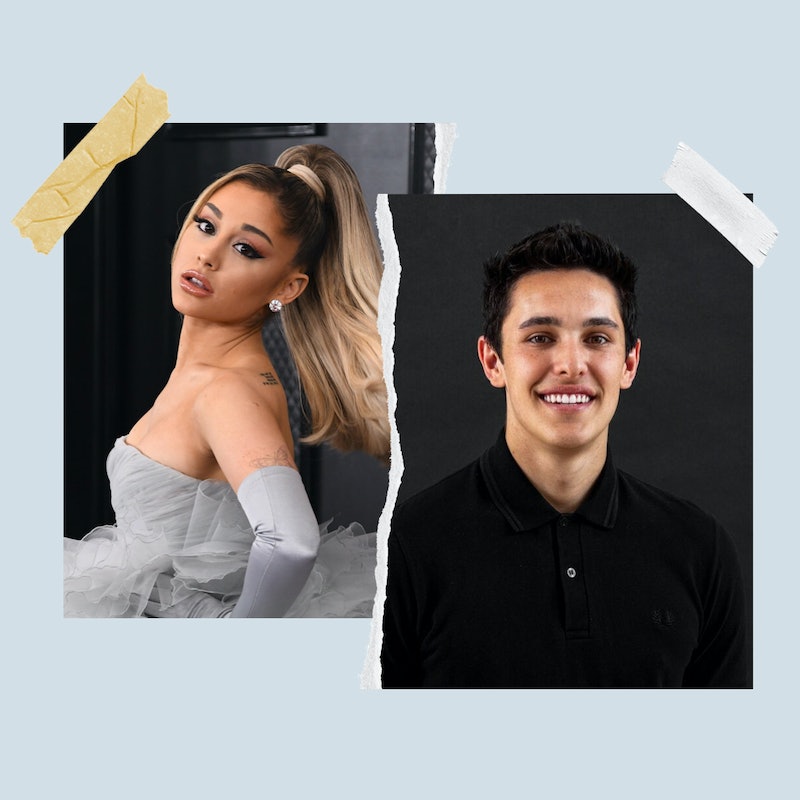 Ariana Grande is not just a “Dangerous Woman” anymore — she’s a married woman. Grande got married to Dalton Gomez over the weekend of May 15. People reported they married in a small ceremony at her California home in Montecito, which Grande’s representative confirmed to Bustle. “It was tiny and intimate — less than 20 people,” the rep told People. “The room was so happy and full of love. The couple and both families couldn’t be happier.”

On May 26, over ten days after their nuptials, Grande took to Instagram to share photos from the big day, including an adorable picture of her and Gomez locking lips. “5.15.21” she captioned the photo. Grande also shared two separate slideshows of wedding photos, one that focused on her sleek white bridal gown, complete with a bow-tie veil, and another filled with snapshots of her and Gomez celebrating at home, showing off their minimal wedding decor.

Grande got engaged to Gomez, a 25-year-old Los Angeles real estate agent, in December after nearly a year of dating. She announced the news by sharing a slideshow of romantic snapshots and showing off her new ring on Instagram. “Forever n then some,” she captioned the post. “They couldn’t be happier, they're just so excited,” a source told People at the time. “This is a happy time for them, both sets of parents are thrilled.”

The two-time Grammy winner and Victorious alum started dating Gomez in January 2020. Their romance only became public in March, when outlets reported that they were quarantining together amid the COVID-19 pandemic. “She’s gotten to know him quickly with the quarantine,” a source told E! News at the time. “They’ve been spending a lot of one-on-one time at home.”

The couple only confirmed their romance publicly in May, when they appeared together in the music video for Grande’s duet with Justin Bieber, “Stuck With U.” They became Instagram official on her 27th birthday in June, when Grande snuck in a photo of Gomez in her slideshow. Nowadays, they have retreated and mostly keep their romance low-key, save for the sporadic Instagram kiss or major occasions like the engagement announcement.

Who exactly is Gomez, though? Gomez’s biography on the Aaron Kirman Group website gives a glimpse into his professional life: “A born and raised Southern California native and a 5-year veteran of the Luxury Real Estate Market, Dalton Gomez serves as the sole buyers agent for Aaron Kirman. ... Mr. Gomez now holds one of the largest rolodexes of A-list buyers and is already connecting many high profile deals across the city. ... Highly sought after for his extensive knowledge in the fields of significant architecture and luxury estates, he is quickly becoming an industry titan.”

Given what a huge milestone Grande’s marriage is, fans could be in for a few wedding photos at any given point. For now, enjoy these other videos and photos taken throughout their relationship.