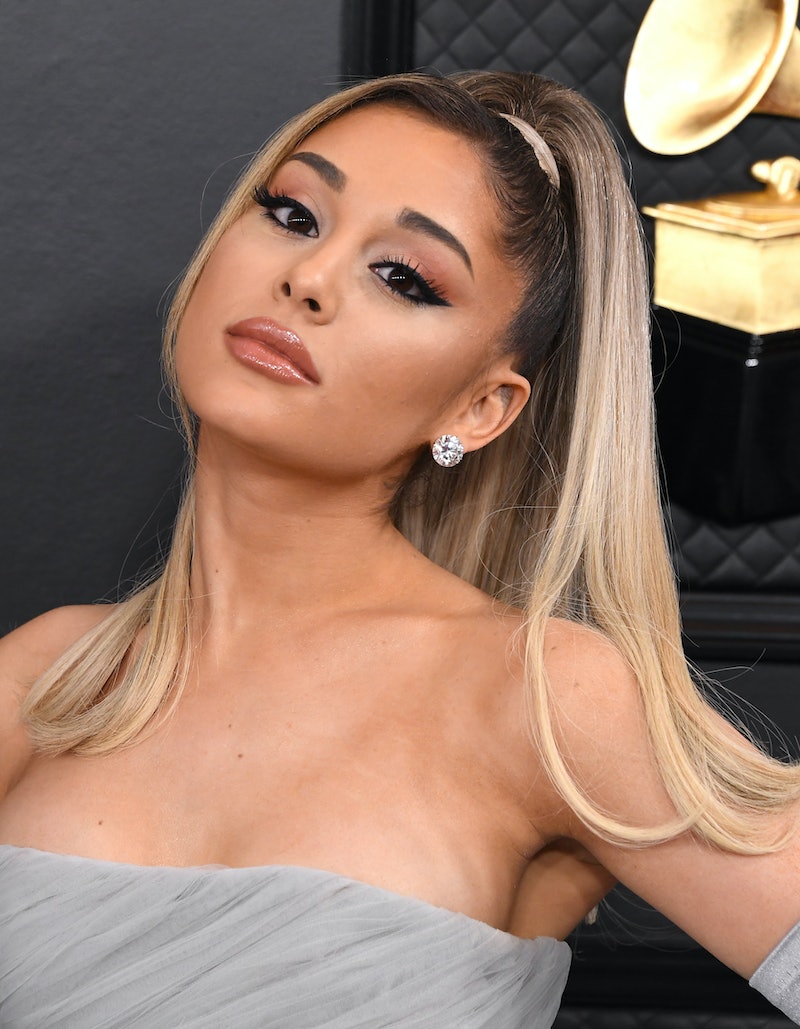 With under 48 hours to go until release day, Ariana Grande shared snippets of new Positions Deluxe tracks on Instagram on Wednesday, Feb. 17. The pop star apparently couldn’t wait to share her music, and she teased four songs: “Someone Like U (Interlude),” “Test Drive,” “Worst Behavior,” and “Main Thing.” Together, they comprise of all but one of the 19-track deluxe edition’s new additions, with the other being her “34+35” remix featuring Doja Cat and Megan Thee Stallion that released in January.

Even though Grande only posted short previews, fans heard enough to let her know they were impressed. “Oh my god test drive sounds so good I JUST COLLAPSED,” one Arianator commented. Another added, “OMG ARIANAAA, THEY ARE INCREDIBLY GOOD.” Still others responded with the title of the song — or, in many cases, songs — they’re most excited to hear in full.

Continuing to hype her upcoming release, Grande also shared a countdown to Positions Deluxe in her Instagram story. The new edition is due out on Friday, Feb. 19, following the original Positions by nearly four months. The Grammy winner dropped that album on Oct. 30, after having announced it was coming just two weeks prior, on Oct. 14.

Leading up to Positions Deluxe, Grande also revealed the track list on Instagram, asking fans on Feb. 15 which of the new songs they were “claiming.” Many of her fans didn’t seem to be able to choose, as numerous people simply went with “all of the above.” The new snippets might help people narrow their choice down — or they can continue to embrace all things Ari.

2021 has given a lot to Arianators already. Grande released the official music video for “34+35” on Jan. 14, which showed her alongside Doja Cat and Megan Thee Stallion, relaxing in luxury and lingerie and having an all-around great time together. After it released, even Emmy-winning actor Kerry Washington wanted in on the fun. Tweeting at the three artists, she told them, “If there is a 34+35 remix to the remix…I am available! Just wanted to throw that out there.”

While the deluxe edition of Positions is the latest development for Grande professionally, she’s hit big milestones in her personal life in recent months, too. The singer announced her engagement to Dalton Gomez in December, after they got together earlier in 2020. Although they haven’t revealed a wedding date yet, 2021 already looks like an exciting year for Grande and her fans.

More like this
Ariana Grande & Kristin Chenoweth Sing A Wizard Of Oz Classic On TikTok
By Alyssa Lapid
Harry Styles Is Performing At The 2023 Grammy Awards
By Jake Viswanath
Brad Pitt Wants To Share The Spotlight With This Celeb In Shania Twain’s “That Don't Impress Me Much”
By Alyssa Lapid
Adam Levine & Behati Prinsloo Welcome Their Third Child Together
By Jake Viswanath
Get Even More From Bustle — Sign Up For The Newsletter
From hair trends to relationship advice, our daily newsletter has everything you need to sound like a person who’s on TikTok, even if you aren’t.