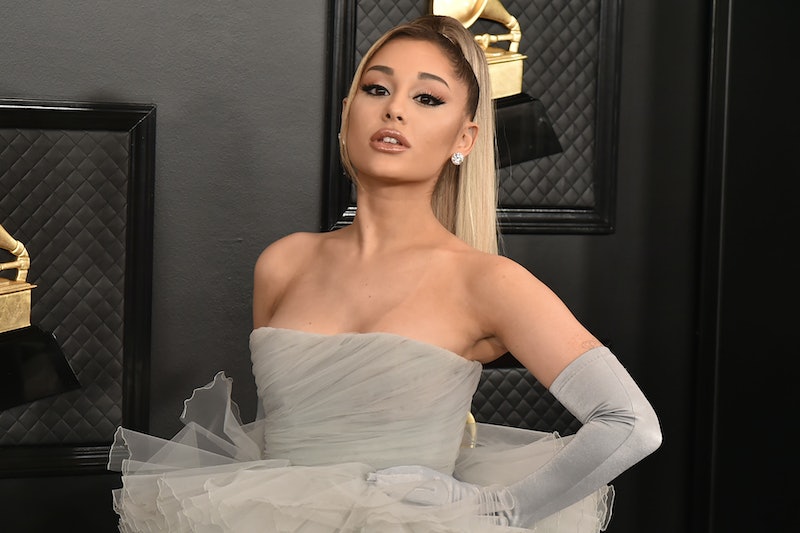 Cue the #AG6 speculation frenzy. Ariana Grande posted a cryptic video on social media on Saturday, Oct. 17, just three days after announcing that her new album is dropping this month. In it, she shows herself typing out a single word, hunt-and-peck style, on a keyboard. The word? Positions.

Grande’s video came with no explanation, so naturally that wasn’t enough to satisfy fans’ curiosity. The internet lit up with stans scrambling to figure out what “Positions” means. Some speculated that it must be the title of her sixth album, and others have guessed that it could be the name of the lead single. So far, the Grammy-winning singer hasn’t offered any clarity, and the hint is doing its job of getting people buzzing.

Whether it’s called Positions or not, Grande’s new album is highly anticipated. It will be the follow-up to Thank U, Next, which came out more than a year and a half ago, on Feb. 8, 2019. The album boosted Grande’s career to even higher heights and claimed several major records, including becoming the first album to break 2 million on demand streams in the United States. The new album has a lot to live up to, and Arianators are ready.

The video got a big reaction, even from fans who couldn’t tell what Grande had typed out.

Others knew exactly what the word was and started trying to figure out what it meant.

The pop star initially seemed hesitant about putting out new music during the coronavirus pandemic, telling Apple Music’s Zane Lowe that it was “a really tricky time for all of that,” per Billboard. However, as the health crisis has dragged on, she’s been finding ways to get her music out there, from multiple recent collaborations to a masked performance with Lady Gaga at the 2020 MTV Video Music Awards. Then, on Oct. 14, she finally teased the new album fans have been waiting for. "i can't wait to give u my album this month," she wrote.

It'll be here soon, and in the meantime, Grande has her fans in exactly the position she wants them in: desperate for her new music.