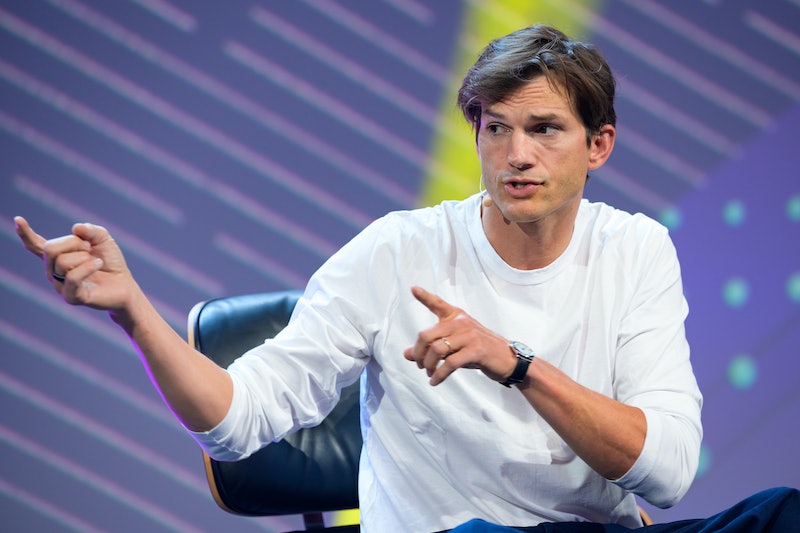 Ashton Kutcher says he’s “lucky to be alive” after battling a rare autoimmune disorder two years ago. Kutcher is a guest on the August 8 episode of Running Wild with Bear Grylls: The Challenge on National Geographic, where he revealed a vasculitis diagnosis to Grylls in a sneak-peek preview from Access Hollywood.

While trekking through the coastal jungles of Costa Rica in an exclusive preview clip, Grylls asked Kutcher where his inner strength came from. Kutcher opened up saying, “Two years ago, I had this weird, super rare form of vasculitis, that like knocked out my vision. It knocked out my hearing. It knocked out like all my equilibrium.”

According to the exclusive release from Access Hollywood, “Vasculitis is a rare autoimmune disorder with many variations, which can cause inflammation of the blood vessels, restricting blood flow and in some could lead to organ and tissue damage.” The Mayo Clinic confirms that it can affect any organ and anyone, and that patients can be inflicted with either a long-term or short-term diagnosis. Symptoms can include fever, headache, fatigue, weight loss, or issues with digestion, eyes, ears, hands and feet, skin, or lungs. This is the first time Kutcher has spoken about his diagnosis.

Best known for his roles hosting MTV’s prank show Punk’d and as Kelso on That 70’s Show, Kutcher made a name for himself as a comedy darling and reality TV host. After his Netflix comedy The Ranch ended in 2020, Kutcher took a two-year hiatus from acting and only voice-acted in the animated series Stoner Cats, likely due to his year-long recovery. Kutcher is now starring in the new film Vengeance written and directed by BJ Novak.

Kutcher shares two children with wife and frequent co-star Mila Kunis, and went on to speak about how his experience with the rare disorder has changed his mindset. “The minute you start seeing your obstacles as things that are made for you, to give you what you need, then life starts to get fun, right? You start surfing on top of your problems instead of living underneath them,” he said.

On each episode of Running Wild with Bear Grylls: The Challenge, Grylls partners with a new celebrity to teach them survival skills in exotic locales like the Escalante Desert in Utah and the Sierra Nevada Mountains in California. Natalie Portman and Simu Liu were guests on the first two episodes, and Ashton Kutcher can be seen in the third episode. Florence Pugh, Anthony Anderson, and Rob Riggle will appear in the remainder of the six-episode season.

More like this
‘RHOSLC’ Star Jen Shah’s Arrest & Legal Drama, Explained
By Brad Witter and Jake Viswanath
Tristan Thompson Proposed To Khloé Kardashian & She Said No
By Jake Viswanath
Kylie Jenner Goes Into Labor & Welcomes Her Baby On 'The Kardashians'
By Jake Viswanath
'Survivor' Host Jeff Probst's Salary Per Season After 22 Years Is The Real Winner
By Hugh McIntyre
Get Even More From Bustle — Sign Up For The Newsletter