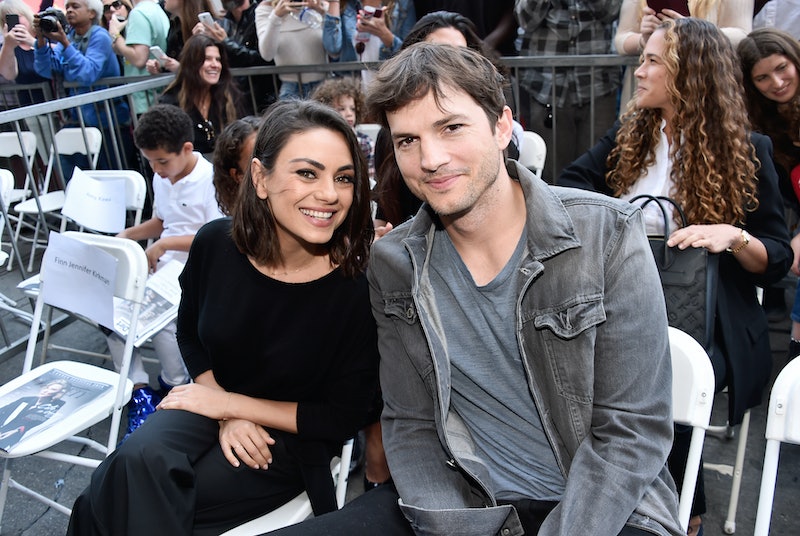 Mila Kunis and Ashton Kutcher have raised more than $20 million, so far, to help Ukrainian refugees affected by the ongoing Russian attacks in Ukraine. Kunis — who was born in Chernivtsi, Ukraine, in 1983 before coming to the United States in 1991 — and her husband launched a “Stand With Ukraine” GoFundMe page on March 3 to collect the funds for humanitarian aid. As of March 7, the couple is halfway to their $30 million goal. They also pledged to match $3 million.

Kunis continued: “This unjust attack on Ukraine and humanity at large is devastating and the Ukrainian people need our support. While we are witnessing the bravery of Ukrainians, we are also bearing witness to the unimaginable burden of those who have chosen safety. Countless amounts of people have left everything they know and love behind to seek refuge. With nothing but what they could carry, these Ukrainian refugees are in need of housing and supplies right away.”

Just days after starting the GoFundMe, the couple updated people on the fundraiser via Instagram. “Over 30,000 people have donated to this cause ... and we’re heading to $30 million,” Kutcher said. “There are some problems in the world that take a village to solve, and there are other problems that take the rest of the world. This is one of those other problems.”

The couple introduced Flexport Creator Ryan Petersen and Airbnb CEO Brian Chesky to give more details on where the money is going. Chesky said Airbnb is committed to providing housing for as many as 100,000 refugees. “More than 1 million refugees have fled Ukraine,” he said. “One of the biggest questions is ‘Where are they going to stay?’ We’re able to house them in Poland, Hungary, Romania, Germany. All donations to Airbnb.org will pay for these stays.”

On March 10, the fundraiser reached $20 million, and the couple thanked fans via a new video.

There are several way to support Ukraine right now, including donating to general aid organizations or charities and sharing resources and raising awareness.

Blake Lively and Ryan Reynolds, Kate Middleton and Prince Charles, Bethenny Frankel, Gigi Hadid, Cardi B, and other celebs have also used their platforms to to help Ukrainians.