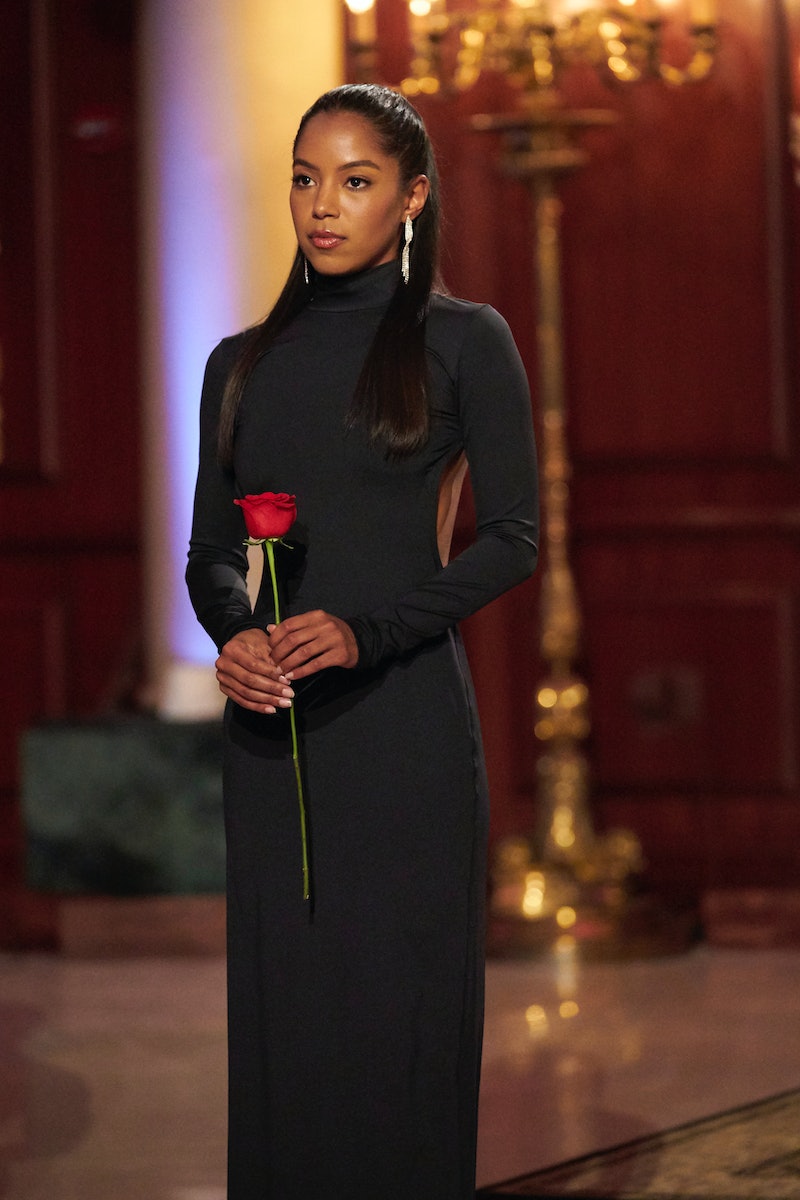 Bri Springs made it all the way to Matt James’ final three on The Bachelor — only to be “blindsided” by a televised breakup. As if that weren’t enough to make Springs consider giving up on reality TV dating, the racism controversy involving James’ final rose recipient Rachael Kirkconnell and host Chris Harrison might have been a tipping point. So when it comes to whether or not the Season 25 contestant would give the franchise another shot on Bachelor in Paradise, the jury’s still out. (ABC has yet to confirm a new BiP season, but network executive Rob Mills told Variety in January that they were “hell-bent on figuring out how” to film the spinoff this year.)

“I think I need to see kind of some tangible change from the show in order for me to put myself back in that situation,” Springs recently said on the Us Weekly podcast Here for the Right Reasons of the scandal that emerged after TikTok users claimed Kirkconnell had liked racist posts and circulated images of her attending a 2018 antebellum-themed party. (Kirkconnell apologized for her past racist actions in February.) “That doesn’t mean that I’ve given up on dating. But I mean, maybe I’ve given up on dating on a reality TV show.”

Bachelor Nation as a whole was impacted by the controversy, especially after Harrison defended Kirkconnell during an Extra interview with former Bachelorette Rachel Lindsay, telling her “the woke police is out there.” Though he later apologized and announced he’d be “stepping aside” from the franchise, the damage was done. Springs was open about the toll it took on her and other contestants, telling Us Weekly that she couldn’t say being on The Bachelor was “the best experience.” She noted that she was “disappointed” by the “missed opportunity for the show to tackle much larger conversations and issues,” and called it “mentally draining” because of “the pain that’s had to happen and the mistakes that have happened in order to get us to this point.”

Echoing those sentiments in a March 14 Instagram post, Springs wrote that though life after The Bachelor has been “full of wonderful surprises,” it’s also been “mentally draining,” and there have been “times and situations where [she’s] felt defeated." Days earlier, in honor of International Women’s Day, Springs had also reflected on the “forever friendships” she’d formed while on the series. “I promise to always uplift and support you as we use our voices to be the change we want to see,” she wrote.

While appearing on the show, Springs had to make the decision to resign from her position at an undisclosed social media company for the “opportunity to find love” with James. While she joked about trying to get her job back after the relationship ended, Springs assured Us Weekly that she has no regrets. “I don’t regret allowing myself to open up to Matt and really falling for him,” she explained. “And as for my career, you know, my career was important to me and continues to be very important to me.”

Romantically, Springs said she’s hoping to “take away lessons from the show and move forward and bring them into my next relationship.” As for whether or not that next relationship begins on BiP, the ball seems to be in ABC’s court.