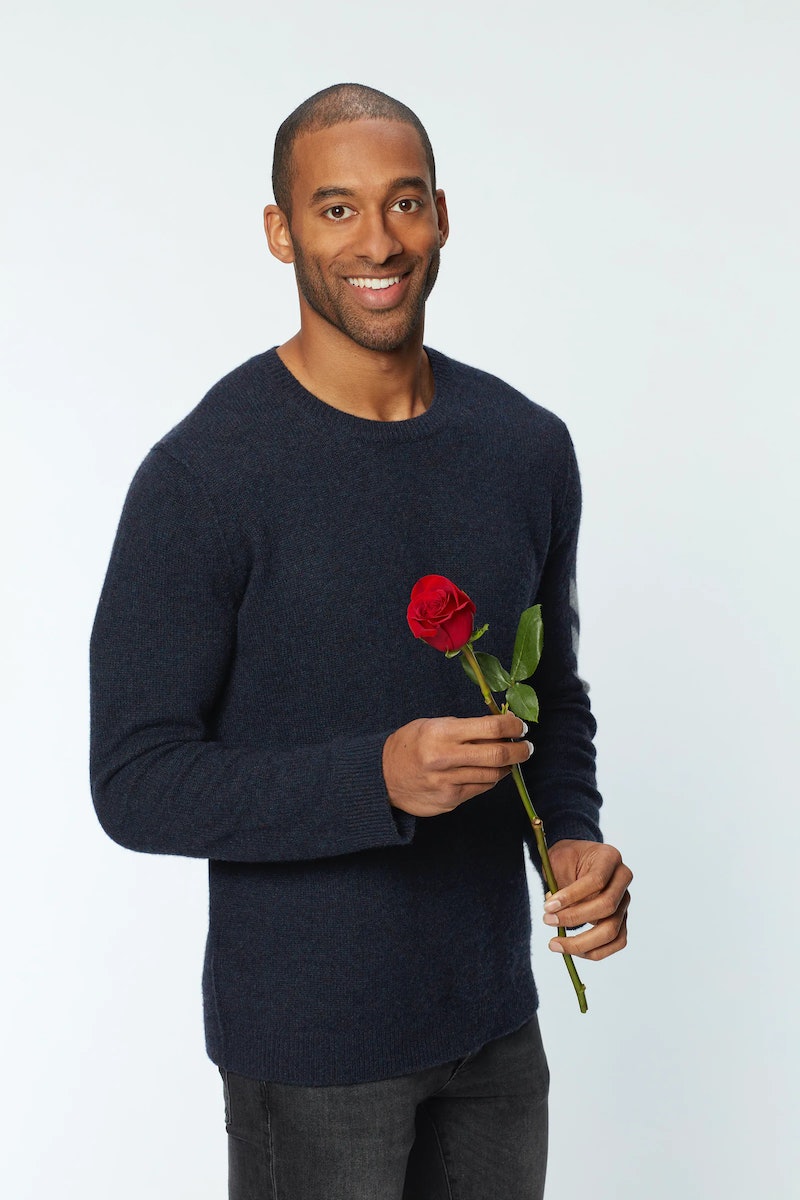 Major spoilers for The Bachelor Season 25 ahead. The current Bachelor may not be the most skilled at keeping secrets. Fans may have just figured out who won Matt James' season of The Bachelor thanks to his own Spotify account. While the streaming service usually just indicates one's music taste, it may have just spilled a whole lot more about Matt.

The potential spoiler came from Instagram fan account @bachelorsleuths, who discovered something suspicious on Sunday, Jan. 17. Apparently, James has recently been listening to his contestant Rachael Kirkconnell's Spotify playlist "Night Drive" on his own account. Sure, it's possible that James simply keeps in touch with Kirkconnell and is currently engaged to another contestant, but wouldn't it make more sense if he was listening to his fiancé's playlist?

Additionally, the clue also corroborates with intel from famed Bachelor spoiler blogger Reality Steve, who has reported that Rachael is definitely apart of Matt's final four. And while he hasn't been able to officially confirm the news, he has heard rumors from Rachael's hometown that she wins the season.

However, Reality Steve also pointed out that he had heard something similar on last season of The Bachelor, writing that people from Madison Prewett's hometown said she had won Peter Weber's season, which... ended up being far from the truth. Peter actually got engaged to Hannah Ann Sluss, before breaking it off weeks later and asking Madison if she would give their relationship another try. Of course, this never came to fruition either.

However, Reality Steve remains positive that Matt's other speculated final four contestants, including Michelle Young and Serena Pitt, "don’t win" the season. While fans won't find out the true winner until this season's finale, all signs are pointing to Matt putting a ring on Rachael.