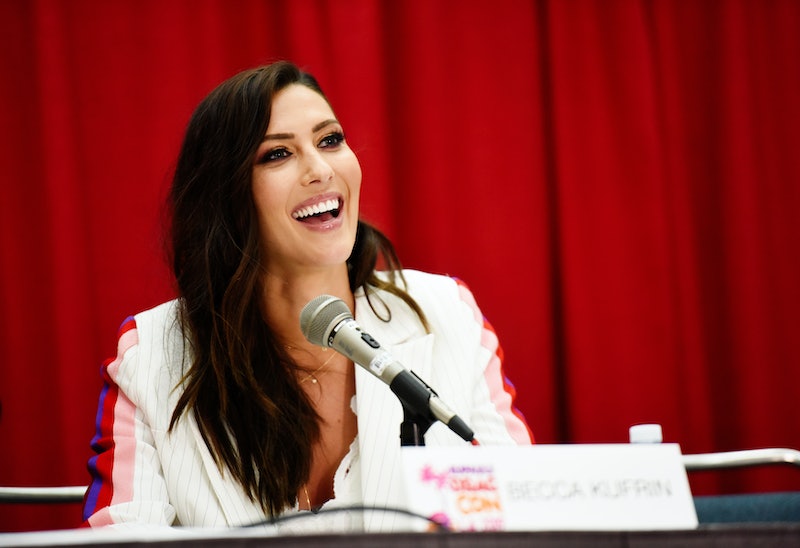 Months after breaking things off with her fiancé, Bachelorette alum Becca Kufrin is freezing her eggs. The 30-year-old reality star revealed the news on her Instagram Story on Tuesday, Oct. 13. And she's committed to sharing the process with fans, starting with her first two injections, to help other women who are thinking about doing it themselves.

"I am in the process of freezing my eggs and last night was the first night for the shots, but I figure I want to document it and share it with you guys as much as I can," Kufrin said in her Instagram Story on Wednesday. "I think it's so important as women to know our bodies and our options. For me, I'm not old, but I'm not a spring chicken and I want kids one day but not anytime soon and I figure why not do it now in quarantine?"

Since Kufrin is freezing her eggs, she also has to give herself injections. As she shared on social media, the first round of shots wasn't easy and also made her really nervous. "The backs of my kneecaps have never been so sweaty," she wrote on a photo of herself after she completed the injection. She also admitted that she "watched the tutorial 24 times and still choked."

So far, she's shared two nights of injections, but still has 8 more days to go. "It's really not so bad. It doesn't hurt, but the hard part is just actually pushing it through your skin," Kufrin said on her Instagram. "Yesterday in the second injection I gave myself, it kind of popped under my skin, like the liquid popped out at once, I felt it like a little bubble and I almost passed out."

This news follows Kufrin's breakup from Garrett Yrigoyen after two years together. Now that she's single, she's planning for a new future. In fact, days after announcing her split, she moved to Los Angeles, California, revealing in an Instagram post, "I’m here to embrace this new adventure and put down some roots in the City of Angels during this next chapter in my life."