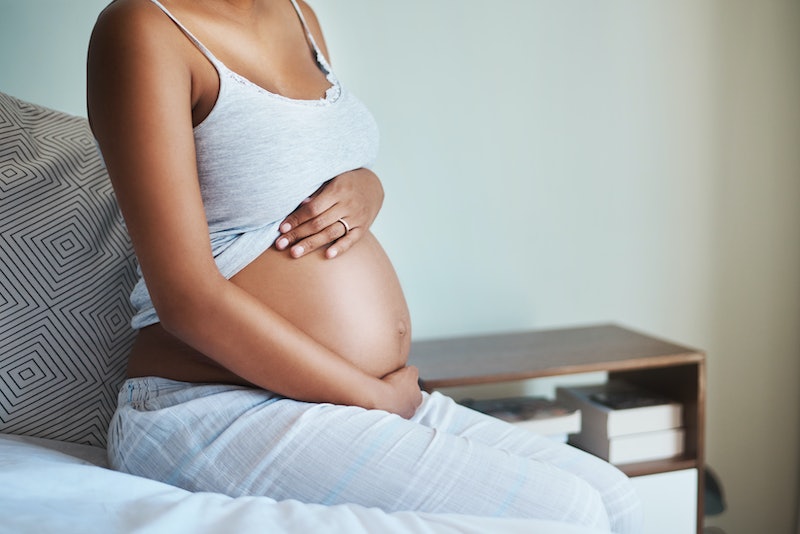 In 2016, for the first time in U.S. history, more women in their 30s had babies than women in their 20s. There are many reasons for that shift: millennials are still recovering from the effects of the recession, more women are pursuing advanced degrees, and teen pregnancy rates are falling, to name a few. Concurrent with the shift to toward having babies later in life is an increasing number of people choosing to freeze their eggs in order to preserve fertility even longer. With this new option on the table, many more people with uteruses are asking: Is freezing my eggs actually worth it?

"Biologically, we know that the statistically easiest time to get pregnant is in a woman’s late teens, 20s, and early 30s," Dr. Joshua Klein, chief medical officer and co-founder of the fertility clinic Extend Fertility in New York City, tells Bustle. “Many women are not ready — from a life perspective — to be having a family at that age."

That’s a scenario to which Lindsay, 39, a nurse practitioner, can relate. Lindsay completed two rounds of ovarian stimulation and egg preservation in the spring of 2019. She’d been considering freezing her eggs since her mid-30s.

“The older I got, the more and more I was considering it,” Lindsay tells Bustle. “For me, it just felt like there’s expiration date that’s been looming over me the closer I get to 40. I thought, I just gotta do this.”

Lindsay decided to finally take the plunge after she realized she was starting to feel "resentful" of her husband of 14 years because they hadn’t focused on getting pregnant. Both she and her husband have spent the past two decades heavily in pursuit of their personal goals, including — for her — completing nursing school.

“If I start a family now, I’d have to totally table my professional pursuits,” Lindsay says. “I wasn’t ready to give that up. I want to know i have this waiting on the sidelines and if I’m able to conceive naturally and not have a problem, that’s great. But I have my fallback.”

Sarah*, 33, a writer and editor, also froze her eggs in the spring of 2019. She wants kids at “some point” but doesn’t know if she’ll ever have a long-term long term romantic partner, and she doesn’t want that to keep her from having a baby.

“I’ve never been keen on the idea of getting with someone just to have to have a kid,” Sarah tells Bustle. “I think those two lines of thought should be separated. I want to have a partner — I also want to have a kid. And if those two things never come together, I still want them both to be possible.”

In addition to trying to find a balance between societal and biological realities, Dr. Klein says that some people choose to freeze their eggs for medical reasons. For example, people with uteruses who've been diagnosed with cancer have an “acute danger to their fertility rather than the generic, age-related danger to fertility,” Dr. Klein says. Those people are referred by their gynecologists to start fertility preservation before starting cancer treatment.

Dr. Klein also has trans male clients who want to preserve their fertility before they start taking masculinizing hormones, like testosterone, that will damage their ability to get pregnant. While most of those clients aren’t looking to carry a baby to term because it could trigger gender dysphoria, they might want their partner or a surrogate to carry a baby using their eggs.

Oliver,* a 33-year-old trans man in New York, considered freezing his eggs when he had health insurance that “provided the most trans coverage” of anything he’d ever seen. He notes that while some insurance covers medical transition for trans people, it’s rare to see reproductive services covered, despite the fact that fertility is a common concern for people who are transitioning.

Dr. Klein suspects that more people would freeze their eggs 'in theory,' but it’s too expensive.

“I never expected healthcare for reproduction,” Oliver tells Bustle. “So I thought, I might as well freeze my eggs to hedge what we might plan to do with it.”

Oliver ultimately decided not to freeze his eggs for a few reasons, but one was apprehension about the process of ovary stimulation and egg retrieval. Dr. Klein says that this is a common fear for people of any gender. The process, he says, takes about 10 to 14 days and includes daily injections, ultrasounds (including transvaginal ones), and blood tests. And while the procedure itself is done under anesthesia — and there are no cuts or stitches necessary — many people don’t want to go through with all of that.

For Oliver, there was the added fear of the physical and psychological repercussions of having to stop taking testosterone. He was concerned about the psychological effects of medical procedures that would make him “feel too aware” of parts of his body that don’t fit his gender identity. And he also points to potential impacts the procedure could also have on the way he's perceived in public.

“I’ve been passing consistently for a while, but there are still these moments where some fluke happens,” Oliver says. “I just don’t want to have those experiences and I think subtle changes can really affect how you’re seen.”

Cost is another barrier for most people considering egg freezing. Dr. Klein says that, while his clinic strives to be “as affordable” as they can (including offering free fertility testing as a consultation), the initial cycle costs $6,500, with discounts for further cycles. Insurance might cover some of it, but rarely all.

In Lindsay’s case, her work-provided insurance covered about $15,000, which sounds like a lot until you hear that the total cost was close to $35,000. And after two years she has to come up with an additional $800 per year for banking, which is the process of storing the now-frozen eggs. With such a high price point, Dr. Klein suspects that more people would freeze their eggs “in theory,” but it’s too expensive.

One alternative route that some people choose to take is going to fertility clinics in other countries for comparable treatment at a fraction of the price. Lindsay says she now wishes she’d known more about that option when she was starting the fertility preservation process. Because of her age and the associated reduced fertility when she froze her eggs, she says her doctor pushed her to freeze as soon possible.

Sarah is also concerned about whether or not the whole process will even work if she ultimately decides to use her frozen eggs in order to have a baby. She cites news stories about fertility preservation's success rates, which can be as low as 2 to 4%. And considering the fact that only 5,000 babies have been born from frozen eggs thus far, it’s difficult to say how effective fertility preservation even is.

Dr. Klein's solution is to explain to science we do have to potential clients, while also being clear with a client if he thinks it’s not a good procedure for them. For example, he says, a person in their 40s who can produce just a couple of eggs has a “probably 1 to 2%” chance of producing a baby, while a person who is 31 and can produce 20 or more eggs has a “probably more like 80%” chance.

“‘Does egg freezing work?’ is a very simple and also very loaded question,” Dr. Klein says. “It works great for some scenarios and works really not well at all for other scenarios.”

But, he acknowledges, "There's no easy answer."