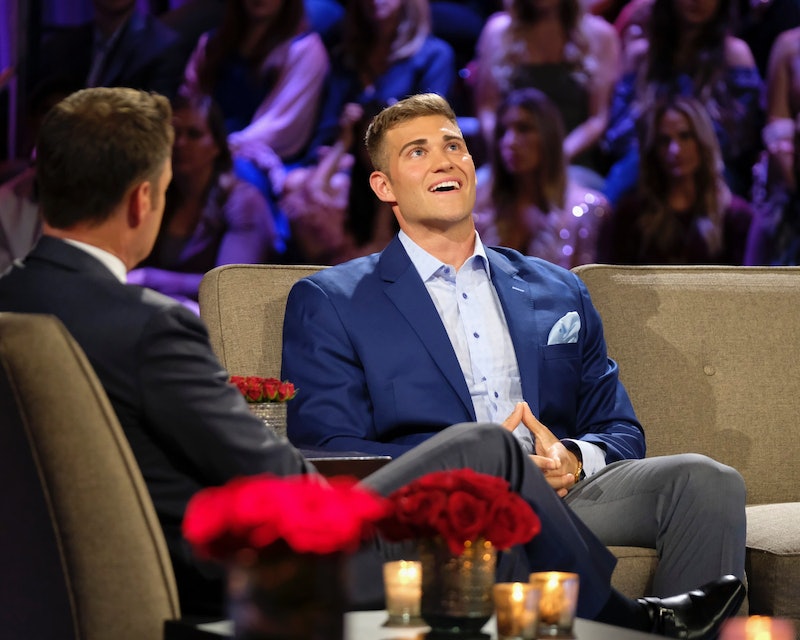 The Bachelorette producers are serious about two things: Helping their leads find love, and making sure that nobody violates their contracts. One of the franchise's most notorious villains found that out the hard way, as Luke Parker reportedly has to pay Bachelorette producers $100,000 for violating his contract. According to Entertainment Tonight, Luke's contract with NZK Productions Inc. prohibited him from making any "unauthorized media appearances" between the time that agreement was finalized in January 2019 and one year after the Bachelorette finale aired, which would have been in July 2020.

However, Luke — who established himself as the villain of Hannah Brown's season of The Bachelorette thanks to his ongoing conflicts with the other contestants and his now-infamous attempt to lecture the beauty queen about her sex life — allegedly made several unauthorized appearances between September and October 2019, where he further broke the terms of his contract by speaking badly about the show. In May, NZK Productions Inc. filed a petition against Luke, and the courts decided in favor of the company. A month later, they requested that an amount of damages be established, and on Sep. 30, Luke was ordered to pay a sum of $100,000, and the judgement was subsequently upheld. Bustle reached out to Luke for comment, but did not receive an immediate response.

Despite earning the coveted First Impression Rose, Luke's time on The Bachelorette was full of controversy, due to his arguments with the other men and with Hannah herself. He was eliminated during the Fantasy Suite week, when he told the Bachelorette that he wanted his marriage to remain "pure" and that if she had slept with any of the other finalists, he wouldn't continue on in the competition. In response, Hannah explained that she didn't owe him anything, and despite his best attempts to talk over her and pray with her, unceremoniously sent him home. However, Luke returned to the show in order to try and win Hannah back, inspiring the now-iconic moment where she moved the podium away from him in order to drive home the point that he was no longer in the running for her affections.

"Even though it was difficult in the moment and it has been difficult watching it back, there’s definitely a silver lining to the relationship I had with Luke P.," Hannah later told People in July 2019. "I grew a lot from that relationship. I think every time you go through a difficult relationship, you realize more and more about what you will and you won’t have in your next relationship — what you deserve and what you don’t deserve."