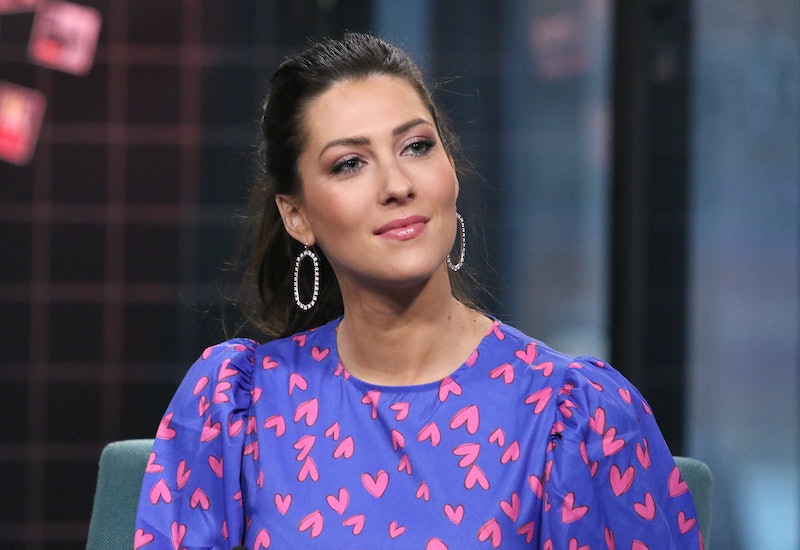 Becca Kufrin has finally handed out her final rose. The Bachelorette star is engaged to Thomas Jacobs after nearly a year of on-and-off dating, as they announced on Instagram on May 29. “In the ultimate plot twist…HE SAID YES!” she captioned her post, revealing that she popped the question to him, much to the Bachelor in Paradise alum’s surprise. Becca announced the news by sharing a slideshow of her and Thomas’ engagement photos, which include snapshots with their dogs and close-ups of his engagement band.

Becca explained that the couple had been keeping their engagement secret, only telling close family and friends, and were now ready to “shout it from the rooftops” and announce the news to fans. “I finally found my chauffeur for life and the one who makes my heart smile every single day,” she wrote. “I can’t wait to do it all with you Tommy, thanks for making me the happiest gal alive. I love you to the moon & back.” Thomas also shared the news with more engagement photos on his Instagram, calling Becca’s proposal “the ultimate UNO reverse card / power move.” “You keeping me on my toes for a lifetime has a great ring to it,” he wrote. “Cheers to forever Boops.”

Becca first met Thomas on Bachelor In Paradise Season 7 in the summer of 2021, after the former Bachelorette ended her engagement to Season 14 winner Garrett Yrigoyen in September 2020. Before going to Paradise, Thomas appeared on Katie Thurston’s season of The Bachelorette earlier that year and admitted that he only came on the show in an attempt to be the next Bachelor, which obviously didn’t work out. The two became attached after their first one-on-one date, but it didn’t seem destined to work after Becca broke up with him on the season finale, which left him in tears.

However, the two reunited after the show wrapped filming, which they teased by posting flirty comments on each other’s Instagram posts as the season was airing. In October 2021, Becca confirmed their reconciliation by apologizing to Thomas on Instagram, sharing a video of romantic memories. “You know what they say... third time’s a charm,” she captioned her post. “I’m sorry for breaking up with you on national television, but I’ll take every day to make it up to you Tommy. Thanks for making my heart smile far more than it ever has. Now time to start this real life.”