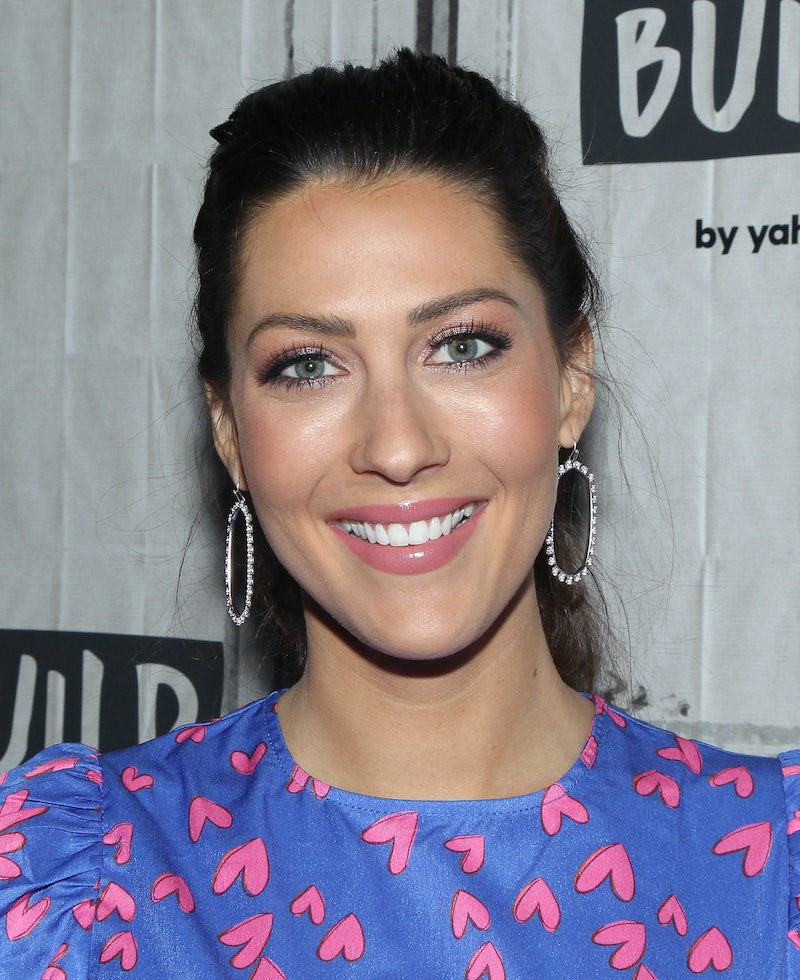 On Sept. 1, former Bachelorette Becca Kufrin announced the end of her two-year engagement to Season 14 winner Garrett Yrigoyen. Since then, the Minnesota native has made several big changes in her life and is enjoying being newly single.

She's provided plenty of updates on the Bachelor Happy Hour podcast, which she hosts with fellow Bachelorette alum Rachel Lindsay. "I am single. Now that I can say that, it's easier to talk about where I'm at," Kufrin explained on the Sept. 8 episode. “I’m 30. I’m ready to maybe be OK with not having to throw all my eggs in one basket per se [and] just kind of enjoy the experience that life and dating have to offer.”

Two days after confirming her split from Yrigoyen, Kufrin announced she was moving to Los Angeles. "After a crazy couple of months, I made the last-minute decision to sign a lease (sight unseen) in an area that I was totally unfamiliar with," she wrote on Instagram. "But I’m here to embrace this new adventure and put down some roots in the City of Angels during this next chapter in my life."

She elaborated on her decision on the podcast. "I feel like it's this weird magical spot that I'm in right now," she said. "Maybe it's the fact that I also moved to LA and it's this new chapter. But it just feels like magic."

Kufrin reaffirmed that she's in a good place during a Sept. 9 Instagram Q&A. “I’m doing surprisingly well,” she told followers after one asked about her breakup, per Us Weekly. "Life always has its ups and downs.” Still, she admitted to being "low-key a little bit jealous" of Clare Crawley and Dale Moss' relationship when she and Lindsay interviewed them on Bachelor Happy Hour. “I miss having that partnership, but I’m so incredibly happy for you guys," Kufrin said.

In an Oct. 13 Instagram Story, Kufrin also revealed that she's freezing her eggs. Per E! News, she said she wants kids, "but not anytime soon, so I figure why not do it now in quarantine." She added that she thinks it's "so important as women we know about our bodies and our options."

On top of diving back into the dating pool and adjusting to a new city, Kufrin is starting a new business. On Oct. 19, she announced she's creating a line of sparkling rosé and grand cuvée called Bourdon, which is French for bumblebee. "[Bourdon] was birthed from the idea that no moment is too small to not have a bottle of crisp, cold bubbly in the fridge," she wrote on Instagram. "Because bumblebees represent community, celebration, brightness and power, this bubbly is meant for all of life’s moments, big, small, and the in between, that deserve to be celebrated and savored." The first bottles of bubbly went on sale Nov. 16.