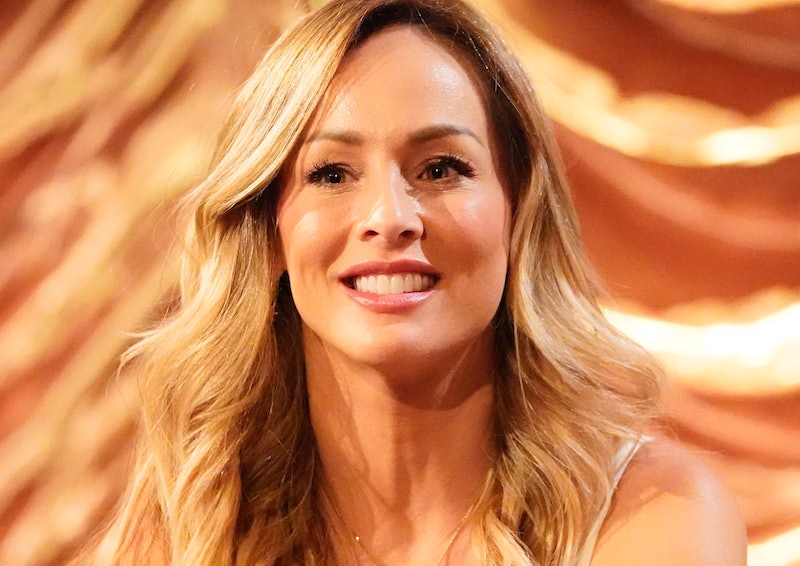 It's no secret that the current cycle of The Bachelorette has been unorthodox compared to past seasons, but avid viewers aren't the only ones being thrown for a loop. DeAnna Pappas said the current season has been hard on Clare Crawley, too. The former Bachelorette appeared on the Nov. 2 episode of Ashley Iaconetti and Ben Higgins' Almost Famous podcast and revealed that the online backlash has taken a toll on her friend.

"On most days, she's feeling really down about the things that people are saying about her online and the editing of the show," she told Ashley and Ben. "So actually, the girls and I, we all sent her some flowers today just to let her know that we love her and this is a blip." She added that Clare has been "put through the wringer" — something all too familiar for those who have been a part of the franchise. "The two of you can relate to this — it is hard," DeAnna said.

She continued, "I just feel bad for her because I feel like in a period of time where this should be really joyful for her — and this should be a really great experience and probably one of the most exciting things that she will go through — it has not been that for her."

DeAnna also insinuated that Clare and Dale Moss, the contestant long rumored to be the one Clare departs the show for, are both growing strong. "What I encouraged both of them to do is definitely enjoy the ride [and] take the opportunities," she said. "Because [it'll] forever change the way their lives go [so they should] love it and enjoy it, but also nurture and take care of what they have."

Episode 4 has been moved to Thursday, Nov. 5, in light of Election Day, and it's going to be a tense one. ABC released a new teaser clip of the contestants preparing to confront Clare after she refused to hand out a group date rose following the date where the men roasted Dale. "Whatever is going on right now, it needs to be addressed. I think Clare needs to step in front of the group and we need to air all this out," Kenny said. "She's lost the house at this point."

The new episode of The Bachelorette airs on Thursday, Nov. 5 at 8 P.M. on ABC.