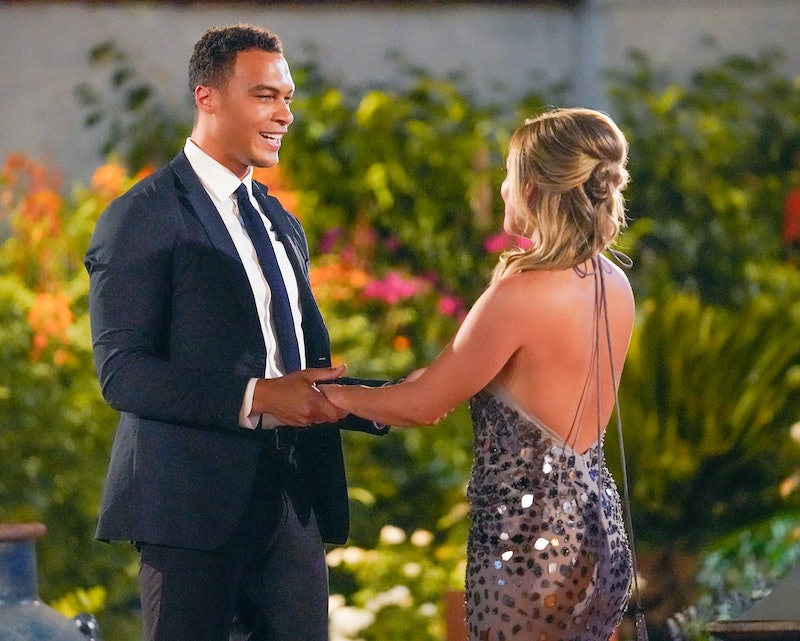 On any given Bachelorette season, you can safely bet that there's a former NFL player in the cast. In the past there was Jordan Rogers, Clay Harbor, and of course, eventual Bachelor Colton Underwood. On Clare Crawley's Bachelorette season, it's Dale Moss, who was on several NFL teams before he retired from the sport to focus on his brand.

According to Dale's website, he played for the Green Bay Packers, Tampa Bay Buccaneers, and Chicago Bears during his time in the NFL. His football career actually came relatively late in life for him, as he spent the majority of his college days focusing on basketball before switching to football last minute. Though he did make it into the NFL, it wasn't the illustrious career that most players want, so Dale decided to try his hand at something else. He told Forbes that the NFL trained him to think of himself as a brand, so that's what he wanted to focus on. "The moment you sign that contract and step into that locker room, it's all a business," Moss said. "You have to think about yourself, your career, and your life as a business." He took that idea literally: his website is titled "The Dale Moss Brand."

According to Dale's LinkedIn, he's been working as a model and sports and entertainment host since 2014, the same year he founded his own video production agency Moss Martin Media. He's also made time for philanthropic opportunities like being a Global Ambassador for the Special Olympics.

"I never regretted once when I chose to stop playing football," Dale told Forbes in 2019. "I'm exactly where I'm meant to be and I'm the happiest I've ever been."

Dale, a South Dakota native, now lives in New York City for better access to modeling and hosting opportunities. His Instagram is a reflection of this, including a number of modeling shots as well as selfies of him shirtless, working out, or both. Though he's already somewhat in the limelight as a model and media personality, that public attention will only increase after he makes his debut on The Bachelorette. He's a favorite to win Clare's heart, and it's rumored she even quits the show early to be with him.

Clare and Dale do have a few key things in common. For one, they've both lost a parent. Dale said that his mother died a few years ago, which was understandably really hard on him. Clare lost her father over a decade ago, and she's still open about the pain it caused. It's a tragic connection to share, but a meaningful one.

On a lighter note, they both also really love dogs. Clare's two pups mean so much to her that she brought them with her to film The Bachelorette , and Dale clearly shares that passion. Exhibit A: this video of Dale dancing with his pooches.

We'll have to wait and see if the rumors about Clare and Dale are true, but there's one thing for sure: Dale loves his brand, and being on The Bachelorette is about to make it explode, whether he wins or loses.