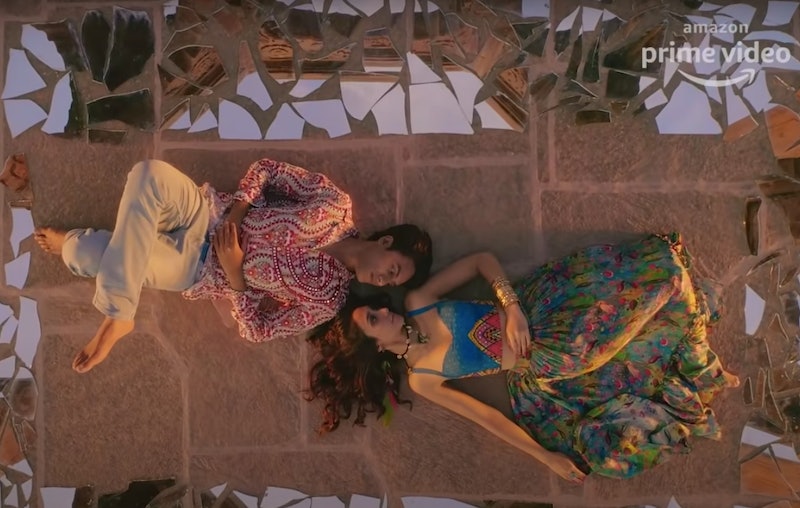 Amazon Prime's new Indian series follows two musicians Tamanna (Shreya Chaudhary) and Radhe (Ritwik Bhowmik), who are from very different worlds. While Radhe sings in a classical Hindustani style, Tamanna is a rising YouTube pop star. They decide to blend their two genres together (and, of course, pretend to fall in love for the publicity, and we all know how that goes). If this series proves successful, then it's possible that Bandish Bandits will return for Season 2. However, since the TV show contains so much song and dance, it would clearly take time to compose, choreograph, and film a second installment.

The series music was composed by Shankar–Ehsaan–Loy, a musical group comprised of Shankar Mahadevan, Ehsaan Noorani, and Loy Mendonsa. The trio have written the soundtracks for Bollywood movies like Mission Kashmir, Dil Chahta Hai, and Kal Ho Naa Ho, among many others, but Bandish Bandits is their first project for a streaming service, according to the Indian Wire. Fortunately, audiences can now listen to their soundtrack on Amazon Music (of course), in addition to Spotify.

But despite the convincing lip-syncing, that's not the Bandish Bandits stars singing in the show, according to India Today (this is a common Bollywood practice, where most of the songs are performed by playback singers). But while it's not their voices on the soundtrack, Chaudhary told Vogue India that since she's "not a singer in real life or a musician professionally," she and her co-star took workshops taught by music coach Akshat Parikh in order for the two stars to "feel comfortable in the space."

Her co-star Bhowmik's classes were so extensive, he told Vogue India, that they went on for two to three months. "I was told very clearly that I don't have to sing in the show," he said, "but the classes were just to make me understand what classical music is — because it's a vast world, you cannot just read about it or watch videos about it, you've got to dive into that world. Once it all started, I realized there is so much to it."

This extensive tutelage was essential because "lip-syncing to classical singing is a different ball game altogether," he told India Today. "If you do not understand the importance, the discipline, and the little intricacies that every classical singer or instrumentalist has to go through... you will not be able to perform as a classical musician." Shivam Mahadevan and Jonita Gandhi are credited as the singers on "Sajan Bin," while "Couple Goals" is performed by Gandhi and Armaan Malik.

While Bandish Bandits is receiving fairly positive reviews, the show's strength is clearly in the songs, with the News Minute's Saraswati Datar praising the show's use of classical music styles. It's an interesting mix of old and new, which will hopefully cater to both Indian and global audiences. If it succeeds, then fans can hopefully expect Bandish Bandits to return to their Amazon Prime queues in the next year or so — if Tamanna and Radhe don't get their happy ending in Season 1, that is.