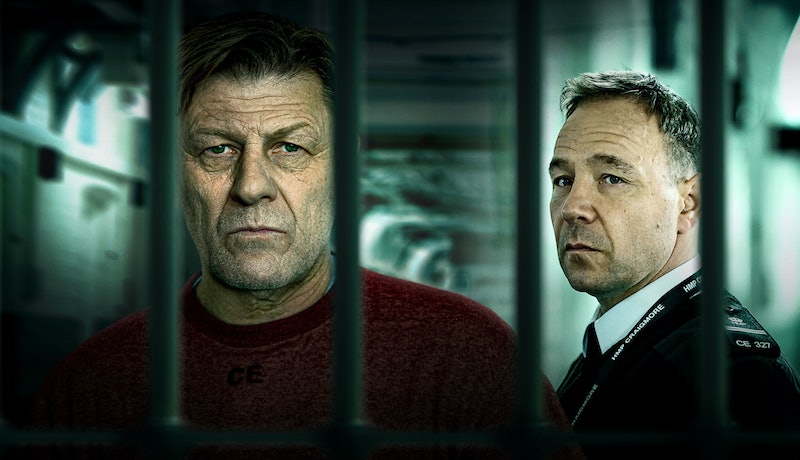 The BBC’s "emotional" and "thrilling" drama Time centred around life in a British prison. With Game Of Thrones' Sean Bean and Line of Duty’s Stephen Graham at the helm, the series followed the story of an inmate serving four years for accidentally killing a man. Fans of the drama will be delighted to learn that the BBC has confirmed Time will return for a second outing, but will be gutted to know Graham and Bean will not return. Here’s everything we know about Time Season 2 so far.

Details of the Time Season 2 plot are also yet to be disclosed by the BBC. Although, as Radio Times reports, the show’s lead stars Sean Bean and Stephen Graham will not be reprising their roles in the new season, which will centre around a brand new story in an all-female prison.

The first season of Time followed imprisoned Mark Cobden, a teacher, husband, and father who is overcome with guilt following his crime and welcomes his sentence. According to the official synopsis, Cobden befriends caring cop Eric McNally who is trying to protect those in his charge. Per BBC One, things get dicey when one of the “most dangerous inmates identifies his weakness” and Eric “faces an impossible choice between; between his principles and his family.”

As confirmed by Radio Times, Bean and Graham will not return to their roles of Mark Cobden and Eric McNally, respectively. Further details of the Time Season 2 cast are likely to be announced over the coming months.

Bean and Cobden were joined in the Season 1 cast by Siobhan Finneran (Happy Valley, The Other One), Sue Johnston (The Royale Family, Downton Abbey), Hannah Walters (This is England), and David Calder (Rush), among others.

As news of the show’s renewal was only announced in March 2022, details of a Time Season 2 air date are yet to be confirmed by the BBC. We will update with any news regarding the show’s return the minute it becomes available.

Filming of the first series took place in and around Liverpool, and was written by acclaimed writer Jimmy McGovern. Speaking ahead of the show’s Season 1 debut, lead co-star Bean said it was a “real privilege” to be working alongside McGovern.

“Mark Hebden is another of Jimmy’s complex and superbly written characters and I am looking forward to bringing him to life on screen,” the actor said in a statement at the time. As we await further details of Season 2, the entire first series of Time is available to stream on BBC iPlayer in the meantime.

This article was originally published on Dec. 9, 2020