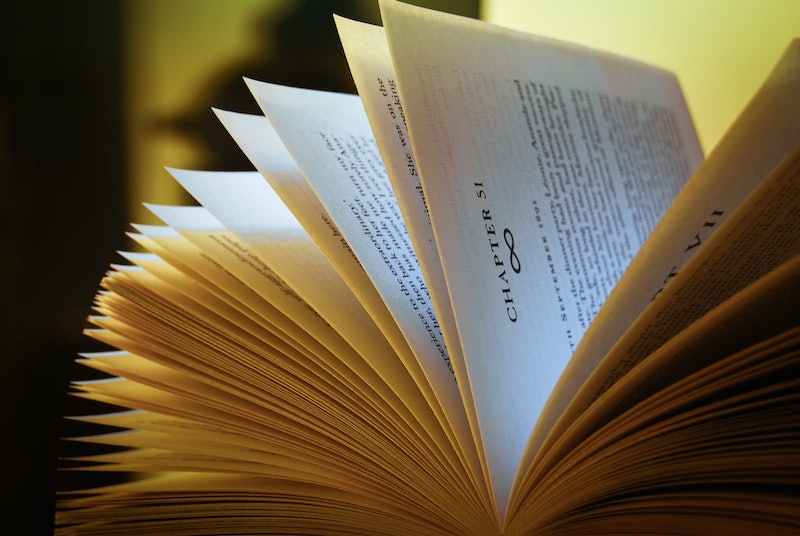 When it comes to reading habits, there are some books that are meant purely for educational purposes and others for fluffy entertainment. Then there are books that are the ultimate literary indulgence: They’re taken off the shelf and opened just for their beautiful writing and haunting prose.

They may not always be the easiest books to read, and sometimes the words feel like they need to be earned, but they always feel worth it by that last page. These 17 books string together some of the most gorgeous sentences in all of literature.

The Black Flamingo by Dean Atta

Through 360 pages of absolutely mellifluous prose, Dean Atta’s award-winning book The Black Flamingo slowly pieces together the story of Michael, a mixed race teenager who begins to find his way in the world through his eponymous drag persona. Taking place over the course of six years, this breathtaking debut wonders when we become brave enough to fully embrace how unique and bold we really are.

The Perfect World of Miwako Sumida by Clarissa Goenawan

Set in Japan, The Perfect World of Miwako Sumida unravels the events leading up to the suicide of the eponymous Miwako Sumida, a college sophomore who spent the months before her death hiding in a remote village away from everyone she knew. But as her friend Ryusei begins to dig into Miwako’s life prior to her passing, the truth becomes far more complicated, and it slowly dawns on Ryusei that she didn’t really know this young woman at all.

The prose in This Is How You Lose the Time War is meant to be convoluted and meandering — and also incredibly beautiful. In this short epistolary novella, two unnamed female agents who fight for different warring factions begin leaving notes for one another. The catch? They do it as they battle in a series of different dimensions through time and space. Soon, their relationship morphs into a romance for the ages. But much like Romeo and Juliet, are these two star-crossed lovers doomed from the start, or can their connection really conquer all?

Twelve-year-old Edward Adler is on a Newark flight bound for Los Angeles, where his family is starting fresh. But during the trip, the plane crashes, killing everyone onboard except Edward. Emerging from the tragedy as a national spectacle and trying to adjust to life with his distraught aunt and uncle, Edward struggles to reconcile who he was before the accident and who he is after. What makes Ann Napolitano’s novel ultra-devastating, however, is its structure, where she alternates between vignettes of the people on the flight in the moments prior to death and Edward’s life after the crash.

Following the familiar ordeal of Natalee Holloway’s 2005 disappearance, Alexis Schaitkin’s debut takes place on the tropical island of Saint X, where tourists and locals alike live in relative peace. That is, until an American college woman named Alison is found murdered and two of the island’s residents are suspected of the crime but never charged. Written primarily from the perspective of her sister Claire in the years following the tragedy with other character interludes, Schaitkin’s tale reveals the depths of grief and the complexities of mourning a person you never really got to know. Her descriptions of Saint X, however, are what really elevate the novel.

Sunil Yapa's debut novel takes place on a single day during the 1999 WTO protests in Seattle. It follows Victor, a 19-year-old homeless teen who plans to sell enough weed to protesters to afford to leave Seattle, but ends up in the center of one of the greatest instances of direct action in recent American history. Yapa's pattern of meandering, artful, full-bodied imagery, punctuated by zingy one-liners, makes for a seriously addictive read.

If this novel reads like poetry, that's probably because it is. Healing Earthquakes is a novel written in prose poems, and joins one couple's romance, from the moments before they meet until their heartbreaking, inevitable end. The emotional rollercoaster that author Jimmy Santiago Baca is able to conjure on the page is vivid, and his storytelling is graphic, bold, sometimes cringe-inducing, and stunning.

Breasts and Eggs by Mieko Kawakami

'Breasts and Eggs' by Mieko Kawakami
The Lit. Bar

There’s a reason why Mieko Kawakami is considered one of Japan’s biggest up-and-coming literary voices, and Breasts and Eggs perfectly encapsulates why. Kawakami introduces readers to three relatives — Natsu, her older sister, Makiko, and Makiko’s daughter, Midoriko — as the trio tries to come to terms with the mounting traumas of womanhood and human suffering. The book even received the recommendation of legendary Japanese novelist Haruki Murakami, so it’s certifiably brilliant.

It's nearly impossible to single out just one of Wally Lamb's novels for its particular beauty over his others, but She's Come Undone is probably it. When Dolores Price's father leaves his family for another woman, Dolores's life spirals out of control. She becomes an emotional eater who is eventually institutionalized. Her limited experiences with men are violent and disastrous, and Dolores becomes eerily obsessed with her college roommate's boyfriend. Whales hold a special symbolism for Dolores — first as her inspiration for attempted suicide, and later as her redemption. Through it all, Lamb's writing is stunning and flawless.

Tracy K. Smith's memoir is every bit as beautiful as one would expect from the Poet Laureate who won the Pulitzer Prize for her poetry collection Life on Mars. Weaving her own coming-of-age story into the tale of her mother's illness, her parents' experiences during the Civil Rights Movement, and her own discoveries about what it means to be a Black woman and a woman writer in America, Smith's memoir is not only written sensationally, but it tells a beautiful (though sometimes painful) story as well.

This Close to Okay by Leesa Cross-Smith

'This Close to Okay' by Leesa Cross-Smith
Underground Books

Set over the course of a single difficult weekend, Leesa Cross-Smith investigates the connection between two strangers, Tallie and Emmett. The two meet through less-than-ideal circumstances when Tallie, a therapist, sees Emmett about to jump off a bridge and convinces him to come home with her and share a cup of coffee instead. Slowly, the two grapple with the fact that they both need to heal — and that the other may be just the person to help.

And the Mountains Echoed by Khaled Hosseini

'And the Mountains Echoed' by Khaled Hosseini
Amazon

Told from the perspectives of nine different characters, And the Mountains Echoed takes readers from Kabul, Afghanistan to Paris, France and beyond, telling the story of 10-year-old Abdullah, whose three-year-old sister Pari is sold to a childless Afghan family by the siblings' father. Braiding each of the narratives together with utterly gorgeous prose, this novel will make you think about all the ways families sacrifice for one another, and also fail one another.

This novel tells the ultimate Los Angeles story, experienced through the eyes of countless characters — some who appear for only a moment, and others who stick around just long enough to blow your mind and break your heart. Written in harsh prose, Bright Shiny Morning explores why so many people are drawn to the West, how Los Angeles fails to live up to the promises of its almost mythical reputation, and why people stay in the city so long after it has failed them miserably.

A Teaspoon of Earth and Sea by Dina Nayeri

'A Teaspoon of Earth and Sea' by Dina Nayeri
Amazon

Saba and Mahtab Hafezi are 11-year-old twins living in Iran. They’re desperate to travel to America, which has been mythologized for them through issues of Life magazine. When Mahtab and her mother disappear completely, Saba imagines they have gone to live in the America and become what the girls always dreamed they would together. As Saba grows up beneath the Islamic regime of Iran, she imagines her twin sister's life unfolding much differently elsewhere. A Teaspoon of Earth and Sea is a stunningly composed story about family, fate, and imagination.

Jhumpa Lahiri is a contemporary master of the short story, writing with a quiet storm of prose so thoughtful and filled with symbolism that you'll want to keep examining each story until you're almost sure you've discovered everything Lahiri left on the page for you. Unaccustomed Earth is a collection of eight stories that, like so many of Lahiri's stories, focus on the relationships between men and women — the things that characters are able to sacrifice for one another, and what, despite their best efforts, they fail to provide.

'All the Light We Cannot See' by Anthony Doerr
Amazon

When Marie-Laure LeBlanc becomes blind at the age of 6, her single father makes sure she grows up not only as self-sufficient and educated as possible, but also with a strong sense of the beauty that exists in the visible world. But when the Nazis invade France during World War II, Marie-Laure’s father is placed in charge of saving one of the country’s most valuable relics, and the two must flee their home. This novel builds slowly with absolutely gorgeous language and setting.

'The God of Small Things' by Arundhati Roy
Amazon

With a seemingly effortless blend of Malayalam (one of the regional languages spoken in India) and English, debut novelist Arundhati Roy tells a story of life in the Kerala district of India via the experiences of two fraternal twins, Rahel and Esthappen, who, due to complex family circumstances, are separated as children and do not reunite again until their thirties. The God of Small Things will make you think about how even the smallest things in your life can sometimes really turn out to be the most significant.