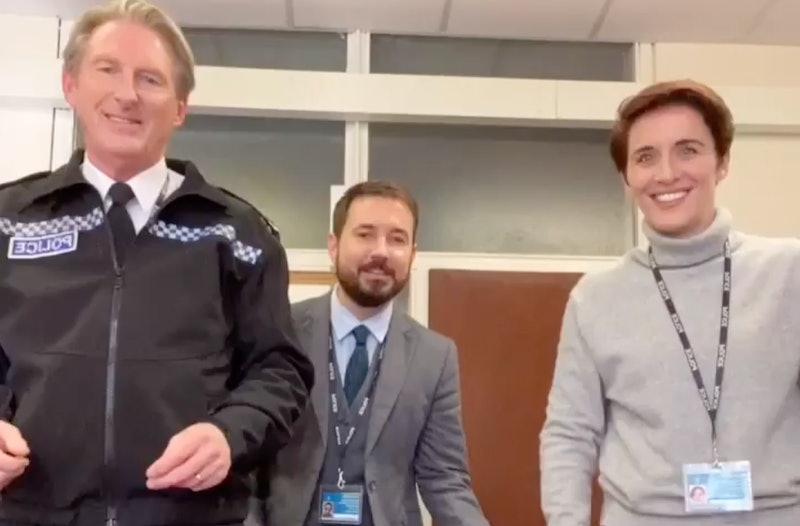 BBC’s Line of Duty has kept viewers gripped ever since the crime drama’s debut in the summer of 2012. With Adrian Dunbar, Vicky McClure and Martin Compston at the helm, the series centres on the investigations of the controversial AC-12 police anti-corruption unit, and fans are currently gearing up for the show’s highly-anticipated sixth outing. Known for its intense and action-packed storylines, you might be shocked to discover that when the cameras stop rolling, behind-the-scenes of Line of Duty can be surprisingly upbeat.

Proof of this can be found on the social media pages of the show’s cast and crew, some of whom occasionally share hilarious snapshots and videos from the top-secret Line of Duty set. The likes of McClure and Compston (who portray DI Kate Fleming and DS Steve Arnott, respectively) are also known to provide glimpses of the show’s behind-the-scenes production, offering fans a sneak-peek of how the long-running BBC series comes to life.

In honour of the show’s return, which sees the AC-12 unit embark on a thrilling new case, I’ve compiled a list of some of the greatest behind-the-scenes moments from Line of Duty, and get ready to see the BAFTA-nominated drama in a whole new light.