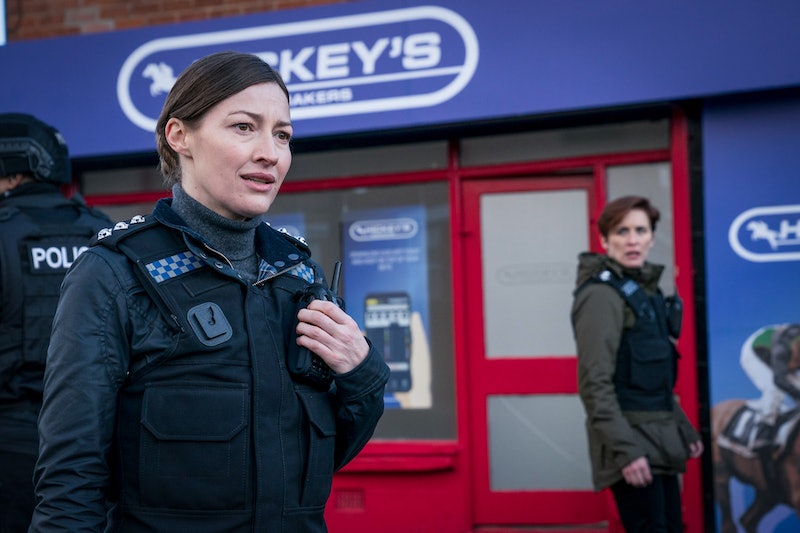 It’s been too long since AC12 had a new case on the go. But the sixth instalment of Line Of Duty is just around the corner, and wise to fans anticipation, the BBC has released a brand new set of images.

Featuring the AC12 regulars – Martin Compston, Vicky McClure, and Adrian Dunbar as DS Steve Arnott, DI Kate Fleming and Superintendent Ted Hastings, respectively – as well as newcomers DCI Joanne Davidson, played by Kelly Macdonald, and DC Chloe Bishop, played by Shalom Brune-Franklin, the images are a first look at the action viewers can expect from season six. And boy does it look sharp. Each snap depicts a mystery scene of untold intrigue: be it Fleming and Davidson racing to (or is it from?) an armed conflict, or Arnott looking very puzzled by paperwork... I, for one, cannot wait to find out more. (Especially if those ‘Easter eggs’ in the trailer are anything to go by!)

Below, take a closer look at what is to come in season six of Line Of Duty, with a few key quotes from the show’s stars.