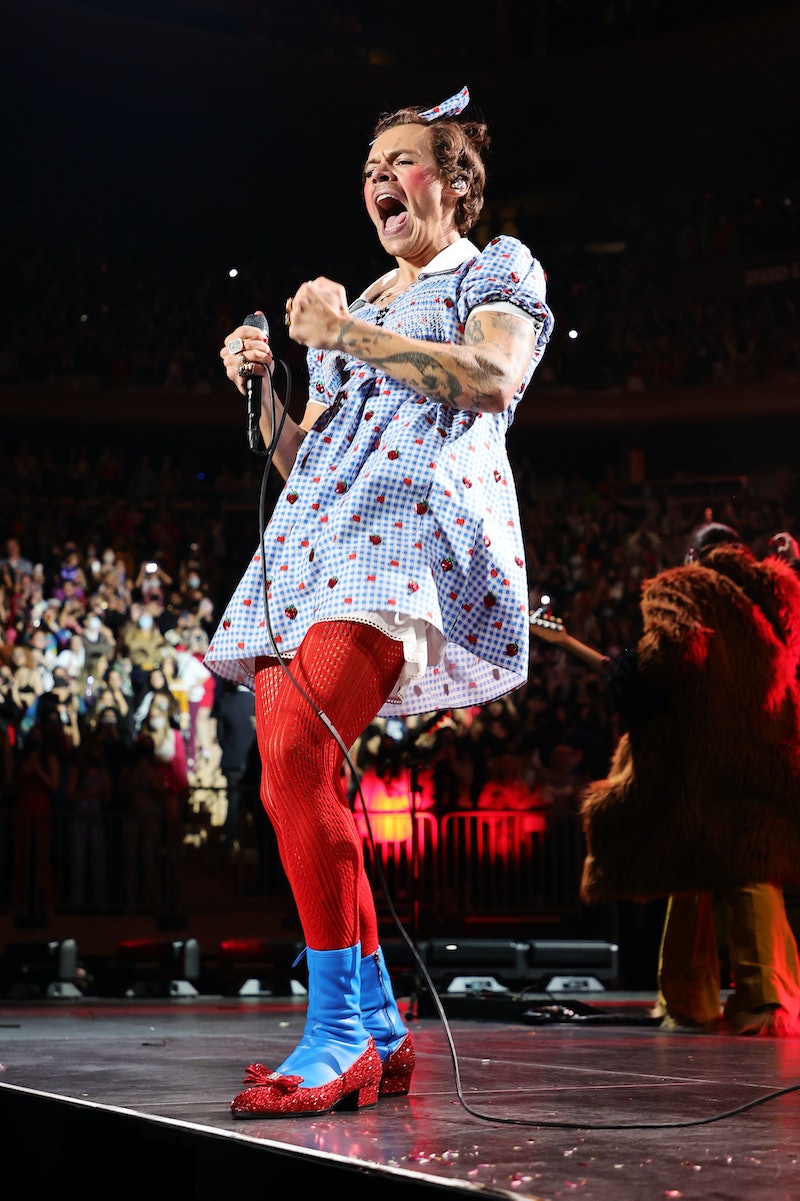 Showing off a Halloween costume once meant dressing up and actually having to go somewhere to be seen. Now, in the age of social media, the big reveal can happen in a digital space. That means that it’s easier than ever for the rich and famous to go all out with one or more looks. Appropriately, this year’s best celebrity Halloween costumes have raised an already-high bar. They’re well-thought-out, often elaborate, and simply impressive — whether or not they ever made it out of the house.

Some of the stars who couldn’t stop at just one costume include Mindy Kaling and Ciara, both of whom honored some of their inspirations. For Kaling, that meant dressing up as several female comedy legends (much to their delight, based on the Instagram comments). For Ciara, it was paying homage to every member of TLC and the late Selena Quintanilla.

Pop culture provided a lot of inspiration, as it often does. Hailey Bieber recreated some of Britney Spears’ most iconic moments, Harry Styles referenced The Wizard of Oz, and Blackpink’s Lisa got her idea from Squid Game. There were also multiple Addams family members, a Baby Yoda, Scooby-Doo characters, and more. Ahead, the best celebrity Halloween costumes of 2021 so far.

The singer drew on the magic of The Wizard of Oz with his Dorothy costume.

One version of Britney would just not do for the model.

Grogu seems to have gotten a little tipsy.

The basketball star is definitely a nightmare in this.

Chrissy Teigen, John Legend, And Kids As The Addams Family

Cardi B As Morticia Addams

Teigen got some competition from Cardi B, who also dressed as the Addams family’s matriarch.

As always, Ciara couldn’t settle for just one costume this year — or even at just one member of the iconic girl group TLC.

Kevin Hart As The “Remember The Time” Pharaoh

Throwing it back to 1992, the comedian got help with a costume inspired by the pharaoh in Michael Jackson’s “Remember the Time” music video.

Jenner’s costume is inspired by the 1996 Tim Burton film.

Like the rest of the world, Blackpink’s Lisa is apparently hooked on Squid Game.

Wear what you know. Lisa’s fellow Blackpink member Jisoo dressed as her for Halloween.

The talk show host is prepared for what awaits her.

Cami Mendes And Madelaine Petsch As Velma And Daphne

The two actors left Riverdale behind for Halloween and entered the world of Scooby-Doo.

Paolo, Isabella, and Lizzie had another beautiful night.