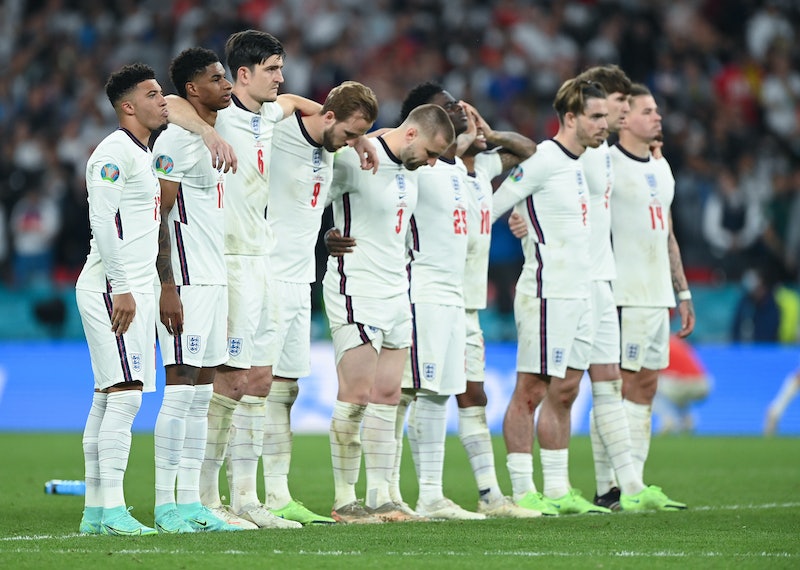 To say that emotions were high during the Euros 2020 Final last night is a bit of an understatement. As Gareth Southgate’s young team took to the pitch to play against Italy at Wembley, a historic 31 million people tuned in with hearts full of hope that it may finally come home after more than five decades of disappointment.

Alas, it wasn’t meant to be (the less said about that, the better...) but England’s valiant efforts during this year’s tournament are something to be celebrated. The squad – with an average age of just 25 – gave England plenty of reasons to celebrate over June and July, from their heroic 4-0 win against Ukraine to Luke Shaw’s record-breaking goal last night – the fastest in Euros’ history.

Sadly, the loss against Italy was made all the worse by reactions from England fans who became violent and began hurling racist abuse at three of the squad’s top players: Bukayo Saka, Marcus Rashford, and Jadon Sancho.

Despite this, there are still thousands of fans out there who have taken the loss in their stride and celebrated all the good that has come from seeing a young, progressive group of players do so spectacularly well in a major men’s tournament. Among the adoring fans are lots of famous faces, with celebs including Adele, Idris Elba, Prince William, and more showing love to the boys following their defeat, with a few special mentions being given to Saka, Rashford, and Sancho in the wake of the hideous vitriol they’ve had to endure.

Keep scrolling to find some of the most uplifting post-match posts from celebs that may help turn your frown upside down today.