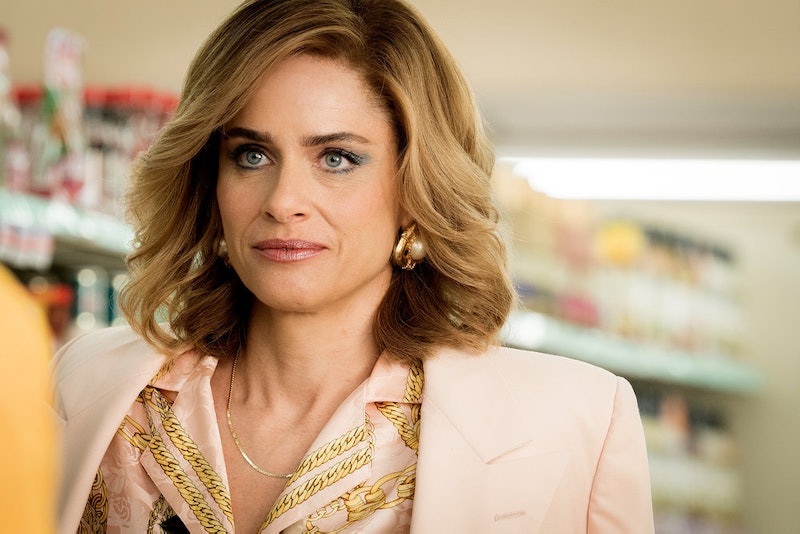 The most recent season of Dirty John on USA meticulously plots the breakdown of the marriage of Betty and Dan Broderick, a wealthy La Jolla couple whose caustic divorce ends in a tragic double murder. But it’s far from the first time their story has been told. In the immediate aftermath of Betty's trial, there were splashy magazine stories and an Emmy-nominated TV movie. Plenty of books have been written about Betty Broderick and her crime; there's also an Oprah special and a ripped-from-the-headlines episode of Law & Order.

The sordid tale of a two-timed housewife-turned-vengeful murderess was a big draw at bookstores, with at least five titles fully devoted to the case, including an entry from the Broderick’s eldest daughter (though her book is not on our list, as it's currently unavailable for purchase) and even a mea culpa of sorts from Betty herself. Below, a breakdown of books about the Broderick case to read if you can't get enough of Dirty John.

Until the Twelfth of Never: The Deadly Divorce of Dan & Betty Broderick
Amazon

This 1993 account was released 18 months after Betty’s conviction and is the most well-reviewed, definitive book on its subject so far. Kirkus called it “richly researched” and pointed to Stumbo’s sympathetic portrait of Betty as a wife “so beaten with betrayal by her husband that her present 30-year sentence is probably unjust.” Stumbo, a reporter for the LA Times, won the Edgar Allen Poe Award for ‘Best Fact Crime Book’ for Until the Twelfth, which is largely based on her interviews with Betty. And while some criticized the book for lionizing the jilted murderer, it did not spare her entirely. To Stumbo’s mind, both Dan and Betty “failed almost every step of the way to honor that most ancient, sanest of all social maxims: Do unto others as you would have them do unto you.”

Forsaking All Others: The Real Betty Broderick Story
Amazon

Also published in 1993, Schwartz-Nobel’s book took a more psychological approach than Stumbo’s rigorous and lengthy howdunnit. According to a Publishers Weekly review, the investigative reporter “offers less of a true-crime study than, in her words, ‘a voyage into the soul of a woman.’" For Nobel-Schwartz, it wasn’t just Dan who failed Betty but society, for conditioning her to “entrust her future to marriage with Prince Charming.” As she was for Bella Stumbo, too, Betty herself is the primary source.

Hell Hath No Fury: A True Story of Wealth and Passion, Love and Envy, and a Woman Driven to the Ultimate Revenge
Amazon

Hell Hath No Fury was the first book out of the gate, rushed into publication less than a year after Betty’s second trial ended in a conviction. Taubman, a journalist who also authored the best-selling The Preppy Murder Trial about the Central Park strangulation of an 18-year-old girl by a well-heeled acquaintance, relied mostly on what she gleaned from the court room, filling her book with fly-on-the-wall minutia (case in point: “Wednesday’s session was cut short when two jurors came down with the flu before noon”) as well as Betty’s testimony.

Betty Broderick: Telling On Myself
Amazon

In 2015, Betty herself decided that she might want to have the last word in her own story. But Telling On Myself is hardly an apology for the crimes that landed her with a 32 year sentence, which she has been serving since 1992.

"That is why I am here. That is why I have been in prison for twenty-five years. Because I killed them when all my grief, all my torment, all my anger, all my shame, all my desolation came tumbling down..." she wrote. "Do I feel guilty? In my 2010 parole hearing, I said that I should not have killed them. Of course I should not have have killed them…. But when you are trying to save yourself, maybe it is explicable: If you don’t control them, they will control you.”

More like this
This First Look At 'The Gold' Shows Jack Lowden In A Whole New Light
By El Hunt and Sam Ramsden
Netflix Shut Down 'Bridgerton' S3 Rumours About A “Very Dark” Storyline
By Bustle
Rachel Nickell’s Son Wants The Police To Take Accountability Over Errors
By El Hunt
Prince Harry Incorrectly Recites Christina Aguilera’s “Genie In A Bottle” Lyrics
By Jake Viswanath
Get Even More From Bustle — Sign Up For The Newsletter
From hair trends to relationship advice, our daily newsletter has everything you need to sound like a person who’s on TikTok, even if you aren’t.