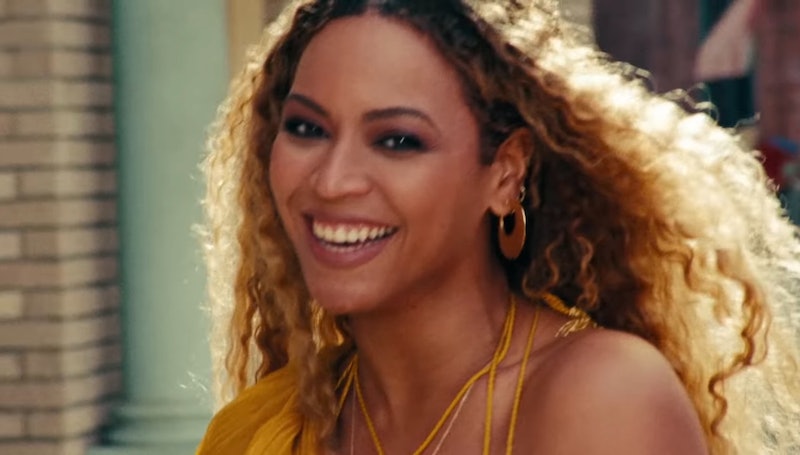 It’s somehow been five years since she sang about “Becky with the good hair” and getting her ladies in formation, so to mark the milestone, Beyoncé celebrated Lemonade’s anniversary with a heartfelt Instagram post on Friday, April 23. “I’m grateful that this body of work has resonated so deeply with so many people,” the 28-time Grammy winner captioned a collection of stills from her 2016 visual album. “I’m so thankful for all the beautiful souls involved in making one of my favorite pieces of art.”

She continued with words of inspiration, writing, “As I celebrate five years of LEMONADE, I encourage everyone to continue healing, loving, forgiving and uplifting.” The singer then concluded with a wish for her followers to “find joy today.” Naturally, the Beyhive joined the fete, too, as the post racked up more than 3.8 million likes and 33,000 comments in just a matter of hours.

Lemonade, which included the tracks “Sorry,” “Hold Up,” and “Formation,” also featured fellow artists such as Kendrick Lamar, The Weeknd, Jack White, and James Blake. In tandem with the triple-platinum album’s April 23 drop, HBO aired an hour-long Lemonade special, with videos boasting cameos by the likes of Zendaya, Serena Williams, Winnie Harlow, Amandla Stenberg, and even Beyoncé’s daughter Blue Ivy. The critically-acclaimed project also went on to win two Grammys out of its nine total nominations in 2017 — something many saw as a blatant snub — in addition to a Peabody award win and four Emmy nods.

The perceived Grammy slight ultimately didn’t seem to bother the singer, though. “I began to search for deeper meaning when life began to teach me lessons I didn’t know I needed. Success looks different to me now. I learned that all pain and loss is in fact a gift,” Beyoncé said in response to a fan question about awards shows in Elle’s January 2020 issue. She explained that miscarriages, motherhood, and being “reborn” in her relationship with husband Jay-Z changed her “quest,” noting, “It’s difficult for me to go backwards. Being ‘number one’ was no longer my priority. My true win is creating art and a legacy that will live far beyond me. That’s fulfilling.”

Indeed, the notoriously private musician explored several of those personal issues on Lemonade, taking listeners and viewers through an emotional roller-coaster journey through what many believe to be Jay-Z’s alleged infidelity to ultimate forgiveness. (The rapper admitted to cheating on Beyoncé in a 2017 New York Times interview, discussing it further with David Letterman the following year.) Beyond her own relationship, Beyoncé explored various social issues, particularly those affecting Black folks, such as police brutality, and she featured the mothers of Trayvon Martin, Eric Garner, and Michael Brown (Sybrina Fulton, Gwen Carr, and Lezley McSpadden, respectively) in her visuals.

Lemonade rightfully earned its place in the pop culture canon, and it certainly deserves to be celebrated on its five-year anniversary.