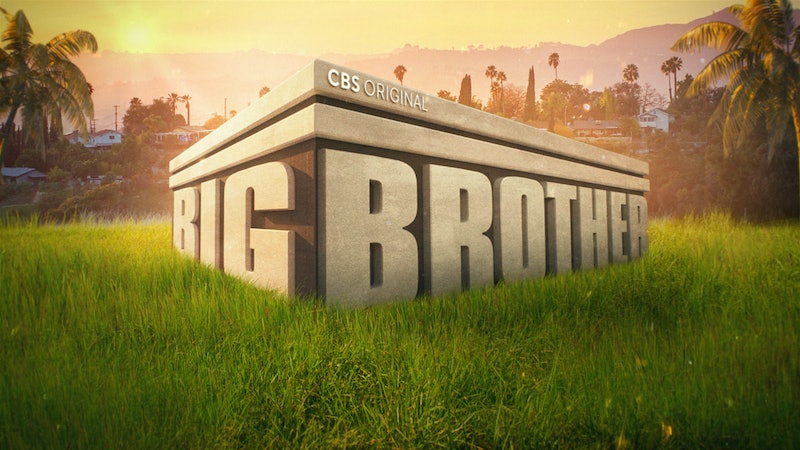 If you’re skipping a summer trip this year, Big Brother Season 23 might provide the next best thing for your entertainment needs. As executive producers Allison Grodner and Rich Meehan teased to Entertainment Weekly, Big Brother 23 will lean into the vacation vibes with a beach theme: “Vegas meets Monte Carlo,” according to Grodner. “It's a boutique hotel in its decor, and it's aspirational.” In short: It’ll be the perfect viewing companion for this summer’s Love Island US, which will air right after Big Brother.

As for the guests themselves, the Big Brother 23 lineup is finally here. The cast, which includes a farmer, forensic scientist, and, naturally, some Big Brother “superfans,” is worth getting to know ahead of the show’s July 7 premiere on CBS. For the first time, the contestants will be split into two teams — and as early as the first episode, there’s a “double-or-nothing offer that may be too good to refuse,” according to Meehan and a press release. And before the houseguests have even moved into the Big Brother house, the cast has already received an unexpected shake-up.

On July 5, Christie Valdiserri, a dancer who was cast for Season 23, announced that she would not be able to compete after testing positive for COVID-19. “I have no idea how I got it,” she said in a video posted to Big Brother’s Instagram page. “I have the vaccine, and I’ve been following all the guidelines up to this point. I have absolutely no symptoms, I feel perfectly fine. So I’m really grateful for that, but it’s really frustrating because I won’t be playing on Big Brother this summer.” Claire Rehfuss, an artificial intelligence engineer, is set to replace Valdiserri.

As you wait to see the drama unfold live, here is everything you should know about the Big Brother Season 23 cast, competitions, and more.

Call this season’s setting the “BB Beach Club,” where idyllic resort vibes meet the lively fun of a casino. For Grodner, this was an intentional answer to COVID cabin fever. “We thought about how we've all spent the past year locked in our houses, and how we've all longed for vacation,” she told Entertainment Weekly. “We want this year to feel that way. Our houseguests are coming in and going on a bit of a vacation.”

Though Big Brother announced that Season 23 would feature teams, we don’t yet know who will be grouped together — and neither do the contestants, apparently. As Meehan told Entertainment Weekly, here’s how it will go down: “As people move in and they're in that first competition, they're going to be vying to be a team captain.” For the winner of that challenge, he continued, “you're going to get a snapshot of some of the houseguests, then you're going to have to decide who you want to add on your team. It should be a fun way to build the teams.”

Meehan also mentioned that there would be “a lot of fun gambling elements this summer,” including a high-stakes offer in Episode 1 that could shake up the game right as everyone’s settling in.

How To Watch Big Brother 23

Big Brother 23 premieres July 7, with a live 90-minute episode kicking off at 8 p.m. ET on CBS. You can also tune in on the CBS app or Paramount+, where there will also be a live feed throughout the season.

More like this
Everything To Know About 'Selling The OC' Season 2
By Brad Witter
This 'Bachelor' Contestant Had The Best Reaction To Wearing The Same Dress As Another Woman
By Grace Wehniainen
Everything To Know About 'The Real Housewives Ultimate Girls Trip' Season 4
By Jake Viswanath
10 Photos Of The Wildest Limo Arrivals From 'The Bachelor' Premiere
By Brad Witter
Get Even More From Bustle — Sign Up For The Newsletter
From hair trends to relationship advice, our daily newsletter has everything you need to sound like a person who’s on TikTok, even if you aren’t.