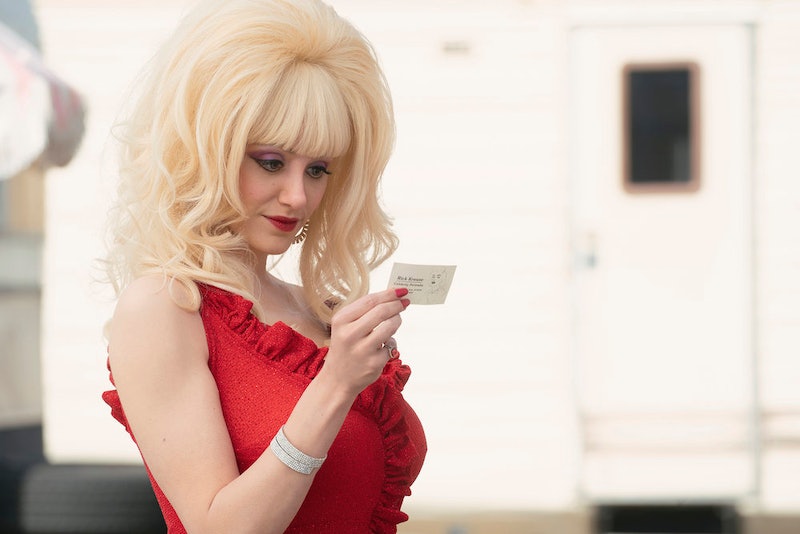 Isabella Vosmikova/Peacock
By Brad Witter
May 19, 2022

A new Peacock limited series, Angelyne, dramatizes the life of its titular subject, who appeared on billboards around Los Angeles starting in the early ’80s. The television show mixes fact with fiction, and according to showrunner Allison Miller, is “a story inspired by everything Angelyne represents and so it’s a magical story, a hopeful story, a story about becoming the person you were meant to be,” Miller told Entertainment Weekly in March. But one plot point that is accurate: Angelyne did actually run for governor in California ⁠— and not once, but twice.

Angelyne, who’s famous for her signature pink Corvette, first ran for political office in 2002 as a candidate for City Council in Hollywood. “I’m the image of Hollywood,” she told the Los Angeles Times in 2002. “I want Hollywood to rise to my occasion.” She did not win. A year later, she joined the ballot in California’s 2003 gubernatorial recall election, filing as an independent. Her campaign slogan? “We’ve had Gray, we’ve had Brown, now it’s time for some blond and pink” (a reference to former California Govs. Gray Davis and Jerry Brown). She received 2,536 total votes, finishing twenty-eighth in a crowded field of 135 candidates, which included Larry Flynt, Gary Coleman, Arianna Huffington, and the eventual winner, Arnold Schwarzenegger.

In 2021, Angelyne threw her hat in the gubernatorial ring for a second time. Voters were weighing a potential recall of Gov. Gavin Newsom. (He was ultimately not recalled.) In deciding to run, she faced competitors such as Caitlyn Jenner. “I’ve been thinking about it for quite a while, before Caitlyn Jenner [was rumored to be weighing a run], and I’m running again because of the recall,” she told Los Angeles magazine in April 2021. “It went crazy last time. Now I’m an experienced politician. When I was little I wanted to rule the universe but I wanted to make sure everybody was happy. Who wants to be the ruler of a bunch of sad sacks?”

Her 2021 campaign slogan, according to the “Angelyne 4 Governor of California” website, was “We must party!” She also created The Angelyne Party, writing on her website that “by sheer virtue” of her being governor, “all citizens will rise to their higher self.”

As for her qualifications, the website says she was an honorary mayor of West Hollywood. Her platform contended with issues such as housing access and police reform, as well as the implementation of “an annual masquerade ball for people to dress up like a governor,” a California Bubble Bath Day, and an annual UFO convention. Merch offerings ranged from a $30 sticker to a $100 poster, and she also auctioned off a personalized autographed bra to to raise additional funds.

Ultimately, Angelyne improved on her previous performance, finishing eighteenth of 46 replacement candidates and receiving 35,900 votes. (Jenner, by comparison, received 75,215 and finished in 13th place.) Despite the loss, Angelyne said she was fine with keeping her self-appointed “queen of the universe” title anyway.