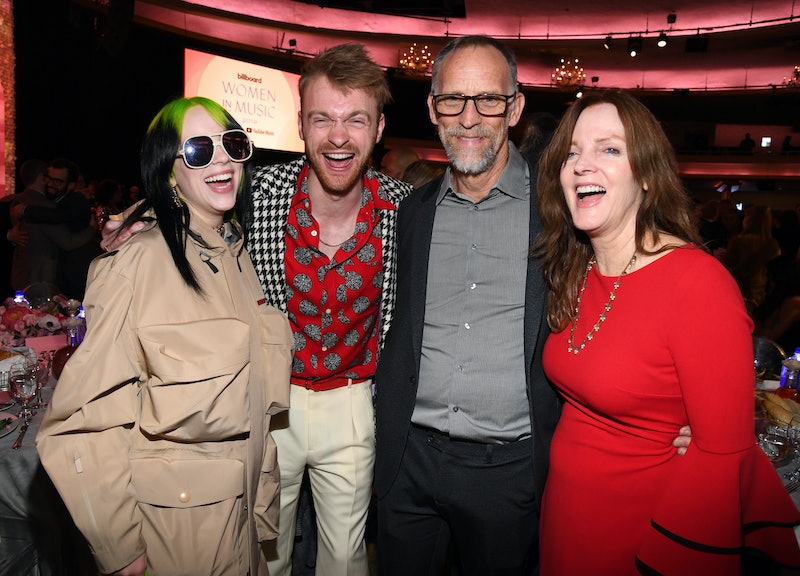 Looking at Billie Eilish’s chart-topping success, it’d be really easy to forget that the singer-songwriter is only 19-years-old. She’s been in the spotlight since she released her viral hit “Ocean Eyes” in 2015 and Billie Eilish says her family played a really important role in protecting her during her early years in the music industry. Chatting to Clara Amfo after the release of her much anticipated second album Happier Than Ever, the singer said her mum, dad, and brother have been key in keeping her grounded and guarded.

Reminiscing about the first time they met in 2019, Amfo said “I remember walking away and thinking, ‘That is a really well protected person.’ Because I met your mother, I think your dad and [your bother] Finneas.”

Speaking about how lucky she felt to have had that support, Eilish responded, “I can’t believe that there are people in my position without that protection. I don’t know how young artists, especially young women, who don’t have a mum or a safety net around them. I’m very privileged in that sense.”

She went on to say: “Everybody that doesn’t have a supportive family, supportive friends, or a supportive group at all around them, I just wish I could adopt them and, like, be their cheerleader.”

Eilish’s mum Maggie Baird is an actor and has had a taste for what life in the spotlight can be like. She’s appeared in TV series such as Bones, Privileged, and See Dad Run.

Eilish revealed that, since she was a little kid, her parents supported her ambitions and were there for her emotionally. And her brother has gone on to be a crucial member of her team. It’s likely you’ve seen Finneas O'Connell at Eilish’s side at events like the Grammy’s and he’s credited with co-writing and producing some of her biggest hits. “He’s the most protective over me than anyone in the world. Finneas is my best friend and we’ve been best friends all our lives,” she said.

And Eilish revealed that, despite their professional relationship, she and her brother have the same sibling “The thing is with siblings, It’s kind of great but kind of messed up how mean you can be to them. When you have an argument with your sibling you should never say those things to anyone. You never would. But with a sibling, it’s whatever and it’s back to normal three seconds later.”

Happier Than Ever is out now.

More like this
Rita Ora Finally Opened Up About Marrying Taika Waititi & Their "Perfect" Wedding
By Sophie McEvoy and Catharina Cheung
Twitter Is Saying The Same Thing About Beyoncé's Renaissance World Tour
By Shahed Ezaydi
How To Buy Tickets For Beyoncé’s UK Renaissance Tour Dates
By Shahed Ezaydi
“I’m Not Here To Make Friends” Speaks To A New Sam Smith Era
By Maxine Harrison
Get The Very Best Of Bustle/UK
Sign up for Bustle UK's twice-weekly newsletter, featuring the latest must-watch TV, moving personal stories, and expert advice on the hottest viral buys.