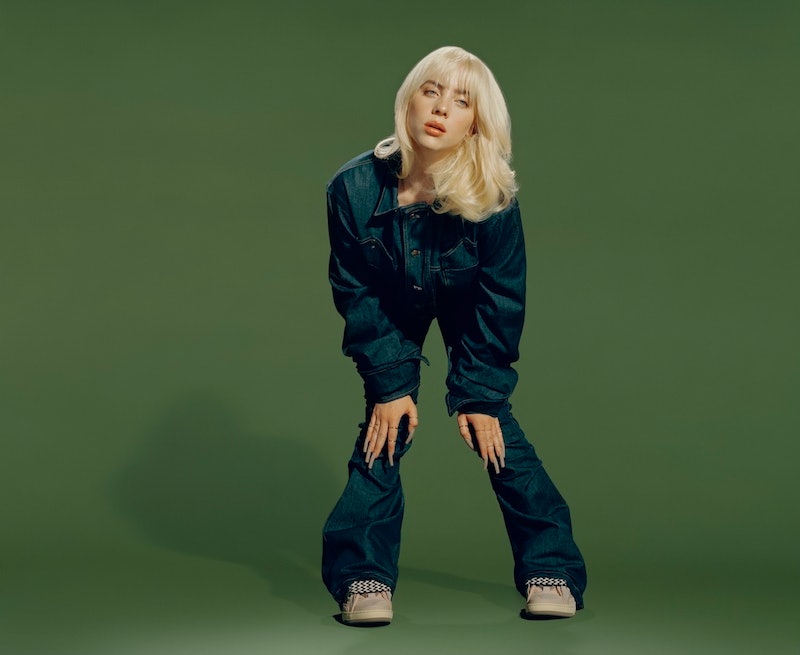 Billie Eilish is set to release her sophomore album Happier Than Ever on July 30, and it’s arguably the most highly-anticipated release dropping in 2021. The 19-year-old singer-songwriter dominated the music industry with her multi-Grammy winning debut studio album When We All Fall Asleep, Where Do We Go?, which produced hit singles like “You Should See Me in a Crown,” “When The Party’s Over,” “Bury a Friend,” and the Billboard Hot 100 chart-topper “Bad Guy.”

After winning five Grammys (including the big four) for that era in 2019 and two more in 2020 for the James Bond theme song “No Time To Die,” excitement is at a feverish high, which makes this the perfect time for her share what may be the last taste of Happier Than Ever before it actually arrives in full at the end of the month. New dark-pop song “NDA” — the follow-up to “Your Power” and other songs from this era — comes complete with a must-see video. And while the song and video can be enjoyed separately and simply as they are, learning the story behind the visual and the lyrics makes the composition even more impressive.

Here are five things you should know about “NDA” and its music video.

1. Billie Sings About Her Scary Stalker

“NDA” opens with these four lines:

“Did you think I’d show up in a limousine? (No) / Had to save my money for security / Got a stalker walkin’ up and down the street / Says he’s Satan and he’d like to meet.”

These lyrics reference a past trauma in her life, and Eilish isn’t trying to disguise it. The lines recall a 2020 stalking incident when an adult man showed up at her parent’s home, where the singer lives, and repeatedly tried to see her and then gain access to the house, according to Genius. Eventually, Eilish had to request a restraining order against then 24-year-old Prenell Rousseau, which a judge granted, as she feared for the safety of her family and for her own well-being.

Eilish directed the “NDA” video, and while that may be a career high or an important first for many pop stars, she has sat in the director’s chair before. In fact, looking at her entire career, Eilish has now directed nine music videos, including traditional clips and those made specifically for vertical viewing. Eilish first took over directing duties for her “Six Feet Under” video, which was created when she was just 14. Since then, she has found the time to work behind the scenes on at least one treatment per year, including her latest three clips: “Your Power,” “Lost Cause,” and “NDA.”

3. “NDA” Video Is One Continuous Shot

The fast and furious visual wasn’t easy to film, as there were no tricks used, so what fans see on screen is exactly what took place in real life. The video was shot in one continuous take, and the 25 professional drivers behind the wheel of the many cars really knew what they were doing as they hit high speeds, missing the pop superstar by just a matter of inches.

4. Forbes Gets A Surprising Shout-Out

In the second verse of “NDA,” Eilish sings, “30 Under 30 for another year (another year),” which is a reference to Forbes’ annual list of the most exciting and promising rulebreakers in every industry. Eilish appeared on the 2019 music ranking, and at just 18, she was the youngest member of the class. Now 19, she still has a long way to go before she turns 30, but the publication introduces new faces every year.

Eilish spends pretty much the entire “NDA” video walking down the middle of a dark, desolate road, and fans who follow her work know that this is a visual motif she loves to use over and over. This may be simply because she likes the aesthetic, or possibly there’s a deeper meaning. Or, perhaps she included it once in a video and every time after that was a nod to her past releases.

The young star first trekked down the center of a street in her colorful “Bellyache” video from 2017. She mixed things up three years later with the treatment that accompanied her single “All the Good Girls Go to Hell,” which saw her evolving into a slick black angel of sorts. Complete with plenty of explosions, the nighttime visual definitely appeared to be the opposite of the release that preceded it but still reminiscent.

More like this
Katy Perry Regrets Not Working With Billie Eilish On “Ocean Eyes”
By Alyssa Lapid
Twitter Is In Awe Of Taylor Swift’s “Lavender Haze” Music Video
By Jake Viswanath
Zach Gilford Admits He Forgot Taylor Swift's Name When He Starred In Her Music Video
By Jake Viswanath
The Meaning Of Steve Lacy’s “Bad Habit” Lyrics
By Radhika Menon
Get Even More From Bustle — Sign Up For The Newsletter
From hair trends to relationship advice, our daily newsletter has everything you need to sound like a person who’s on TikTok, even if you aren’t.