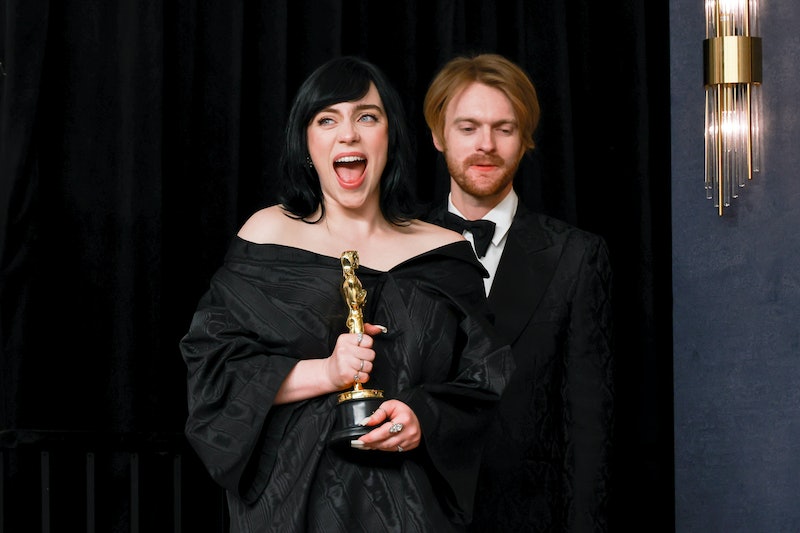 Billie Eilish’s ascent to superstardom is one of the most impressive in recent memory, but the seven-time Grammy winner grinded for years before becoming a household name. The singer-songwriter released her first single “Ocean Eyes” in 2016. In the years since she launched her career, Eilish has not missed the mark, gaining more popularity with each passing year. Now at 20 years old, the recent Oscar winner has already accrued a fortune because of her successes.

But how does someone who can’t even legally drink yet amass a net worth that rivals that of many CEOs? By writing hit songs, touring the world, and making a few shrewd business decisions.

It all started with the music. The former teen sensation is a bestseller and her work performs exceptionally well on streaming platforms. All of that consumption helps make her very rich (scroll to the bottom of this story to see just how rich she is).

Actual figures aren’t publicly available in regards to how much Eilish has earned from signing a record deal or what she’s raked in from streaming, but there is an important factor worth mentioning: Eilish is credited as either the sole writer or a co-writer (usually one of only two) on everything she’s released. That means that every time someone streams one of her songs or a hit is played on the radio, Eilish earns a royalty. These payouts are tiny — usually less than a penny — but they can add up quickly when consumption is high, as is the case with her music.

Eilish’s three biggest successes so far on Spotify — “Bad Guy,” “Lovely” with Khalid, and “When The Party’s Over” — have collectively racked up at least 4.6 billion streams, bringing in more than $10 million, using Soundchart’s payout estimate. She takes just a cut of that, but the total revenue earned from her catalog grows when including all sales and streaming platforms.

So far, Eilish has charted two No. 1 albums on the Billboard 200 and five top 10 hits on the Hot 100 in the U.S. (including one No. 1), with another 25 finding space somewhere on that ranking. According to the RIAA (Recording Industry Association of America), Eilish has moved 5 million albums and 41.5 million singles in America alone.

Eilish has already made a career out of touring, as she’s embarked on five headlining ventures and opened for others, and that’s to say nothing of one-off shows and events she’s played. Exactly how much Eilish earns for every concert isn’t available, but other top ticket sellers on her level have been known to pull in hundreds of thousands per show, or perhaps even $1 million a night.

Her Where Do We Go World Tour in 2020 was canceled due to the global pandemic, but Billboard suggests she was on track to bring in between $13 million and $15 million from the tour. Half a million tickets had been sold for the worldwide trek in the first hour they were available.

Eilish is spending much of 2022 on her Happier Than Ever tour, which is named after her latest album. Several dozen stops throughout the U.S., Canada, and Europe will likely bring in ticket grosses in the millions.

It appears that perhaps half of Eilish’s net worth may have come from just one project she worked on. The singer allowed cameras to follow her for a long period of time, and all that footage was turned into a must-see documentary. Billie Eilish: The World's a Little Blurry was released to select theaters, but it was also available on AppleTV+, which coughed up millions for the exclusive rights to the picture.

According to multiple reports, the tech giant handed over $25 million for the rights to the documentary. The movie reportedly cost between $1 million and $2 million to make. That one purchase by Apple may have nearly doubled her net worth, and it certainly granted her the largest payday of her career.

Eilish has hardly strayed from music and activities connected to her songs and albums, but she has dabbled in a few commercials. The singer partnered with Japanese artist Takashi Murakami and global retailer Uniqlo to release a one-off clothing line, though the offerings were limited.

In the fashion world, Eilish has also worked with Nike’s Air Jordan’s brand for a couple of sneakers of her own and even Gucci, which produced press-on nails that can only be purchased with a special edition of her album Happier Than Ever in select boutiques.

The “Therefore I Am” hitmaker launched her first fragrance in 2021, appropriately name Eilish. The eau de parfum retailed for $68 and it sold out in just one day.

What Is Billie Eilish’s Net Worth?

Celebrity Net Worth first began reporting on Eilish’s riches a few years ago, before she was even legally an adult, but by that point she was already a millionaire. The superstar’s net worth has exploded in the past year or so, and recently Forbes upped it considerably. According to Forbes, Eilish claims a net worth of $53 million, while Celebrity Net Worth pegs the sum at $30 million.

More like this
Billie Eilish Has An Exciting Relationship Update About Her Boyfriend
By Grace Wehniainen
Rita Ora’s Empire Is Fifty Shades Of Impressive
By Darshita Goyal
Is Blake Lively Or Penn Badgley The Richest 'Gossip Girl' Star From The OG Series?
By Hugh McIntyre
Mike Tindall’s High Earnings Amount To A Royal Flush
By Darshita Goyal
Get Even More From Bustle — Sign Up For The Newsletter