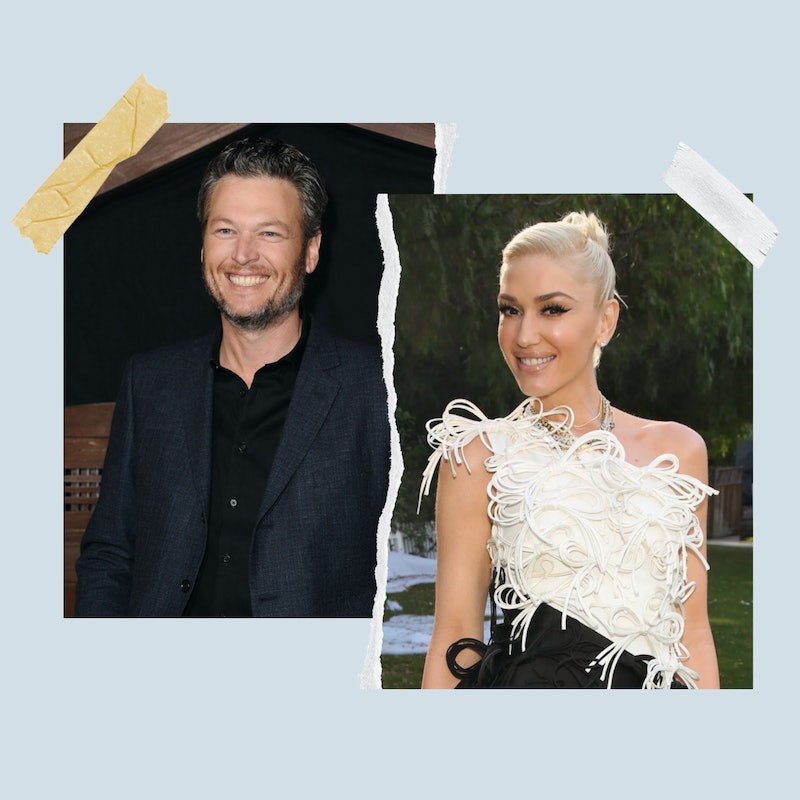 After six years together, Blake Shelton and Gwen Stefani are getting closer to walking down the aisle, and their upcoming nuptials are one of the most romantic stories in the music world. But what do two world-famous musicians with a slew of hits to their credit and an unlimited Rolodex of famous friends choose to play for their first dance as husband and wife?

“It’s ‘If You Leave’ from the Pretty in Pink soundtrack,” Shelton divulged while on a recent appearance on The Tonight Show Starring Jimmy Fallon. As quickly as he shared the news, the host of the program chimed in (as he so often does), unsure if his guest was pulling his chain. “That’s not true at all!” Shelton kept it cool and proved the comedian wrong, showing his phone screen to the audience (he was joining the program via video call due to ongoing coronavirus restrictions), and sure enough, he had the track queued up and ready to go.

“We talked about this. We both love the song,” Shelton calmly explained. “We’re both fans of the ’80s ... why not?” Fallon stepped in to share his stamp of approval, though he was still skeptical, saying, “I love it...if this is real.” Then, out of nowhere, the two began singing along to the ‘80s new wave smash, crooning along and doing their best impersonations of Paul Humphreys’ signature deep vocals.

The song is an unexpected choice for the two, as it doesn’t sound much like anything either of them have created during their decades-long careers, though maybe that’s the point. The track was first featured on the soundtrack that accompanied the 1986 romantic comedy Pretty in Pink, which was a huge box office success and helped cement Molly Ringwald as one of the hottest movie stars of the decade. “If You Leave” was a major hit as well, as it went all the way to No. 4 on the Billboard Hot 100, giving the band their sole top 10 win in America.

Before the two friends got to reminiscing and singing the songs they remember from the ’80s, Shelton had a very different answer to Fallon’s simple question, but it wasn’t quite what the host was looking for. When first asked what he and Stefani would be dancing to the first time, he innocently answered, “I think it’s called the Wedding March?” This prompted a laugh out of the late night staple, and looking at the musician’s face as he speaks, it’s actually difficult to tell if he was playing a joke or not because he’s so deadpan.

Stefani and Shelton began dating in 2015, and since then, they have been very open with their love story. Their marriage will be the second for the No Doubt frontwoman, after a 14-year relationship with her rocker husband Gavin Rossdale. The country superstar has been married twice before, first to Kaynette Gern for three years and then to fellow country singer-songwriter Miranda Lambert for four years.

Shelton was on Fallon to promote both the finale of The Voice, as season 20 wraps on May 25, and the release of his new album Body Language, which is out on May 21.

More like this
Billie Eilish Has An Exciting Relationship Update About Her Boyfriend
By Grace Wehniainen
Julia Fox Says She Dated Kanye To “Distract Him” So He’d Leave Kim K Alone
By Jake Viswanath
Jennifer Lopez Shares Rare Holiday Photos Of Ben Affleck & Her Twins
By Radhika Menon
Who Is Pete Davidson Dating? He "Courted" Emily Ratajkowski At A Knicks Game
By Jake Viswanath
Get Even More From Bustle — Sign Up For The Newsletter