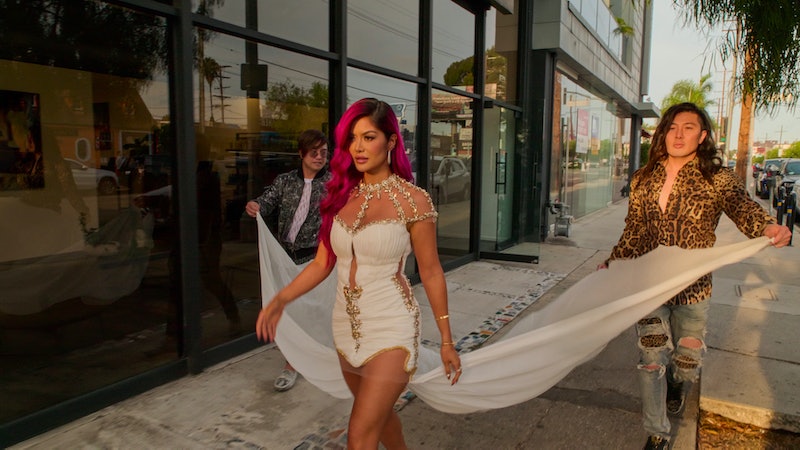 One of Netflix’s most ostentatious reality shows is finally set to return on May 13. Get ready to shine once again alongside the glorious cast of Bling Empire. The Netflix reality show rose to prominence in 2021 after featuring some of the wildest and wealthiest Asian and Asian American socialites in Los Angeles. Their high-society antics have given as much glitz and glamour as you could possibly want or expect from a glance inside their world, so what are the chances that audiences will get another look at the luxurious drama in Season 3?

As it stands right now, there’s been no word on a third season of Bling Empire. Granted, Season 2 just premiered, and therefore any announcement about the show’s future likely won’t come for a couple of months, based on past precedent. Bling Empire was renewed for its second season in March 2021, two months after the show’s freshman season had premiered. If history ends up being any indication, fans of Bling Empire can expect a renewal update sometime in July.

Despite the series’ popularity, its future may not be a forgone conclusion, as continued turbulence could stand in the way of more seasons. In late April, one of the show’s stars, Kelly Mi Li, accused executive producer Jeff Jenkins of stealing the concept of Bling Empire without giving her credit, per People. Li claims in the lawsuit that she told Jenkins about her idea for a reality show about wealthy Asian Americans living in opulence in Los Angeles as early as 2018. (Jenkins did not comment on the report.)

Li also alleges that she and Jenkins worked closely together across a series of months to develop Bling Empire, “leading to the successful sale of the” show, per People. She claims that Jenkins and his production company “took and exploited Plaintiff Li’s concept and materials, and entered into agreements creating obligations.” Li is therefore looking to be named, paid, and regarded as an executive producer for Bling Empire.

Obviously most reality shows, especially Bling Empire, pride themselves on drama, however, the kind of drama that could create a rift through cast, crew, and production is probably not what the streaming service wants. Ideally, all creative parties involved can have their needs met, and Netflix can remain more worried about on-screen theatrics than behind-the-scenes feuds. Fans will have to wait and see how the lawsuit plays out — and if it impacts Season 3 prospects.

Assuming Bling Empire does return with a third season, it’s hard to say exactly when it would premiere. Season 1 dropped on Jan. 15, 2021, and its next round of new episodes came 16 months later. That means Season 3 could potentially premiere in September 2023, if it follows the same timeline.

Season 2 introduced some new cast members, including philanthropist Mimi Morris and Dorothy Wang, the socialite daughter of billionaire Roger Wang and a Rich Kids of Beverly Hills alum. If the new stars’ addition proves popular, then it would only make sense for Netflix to continue the success of an expansive roster. Therefore, Season 3 could also bring in some brand new faces.

A lot is still up in the air, but for now, audiences can feast on the dramatics of the current Bling Empire cast for another eight episodes on Netflix.