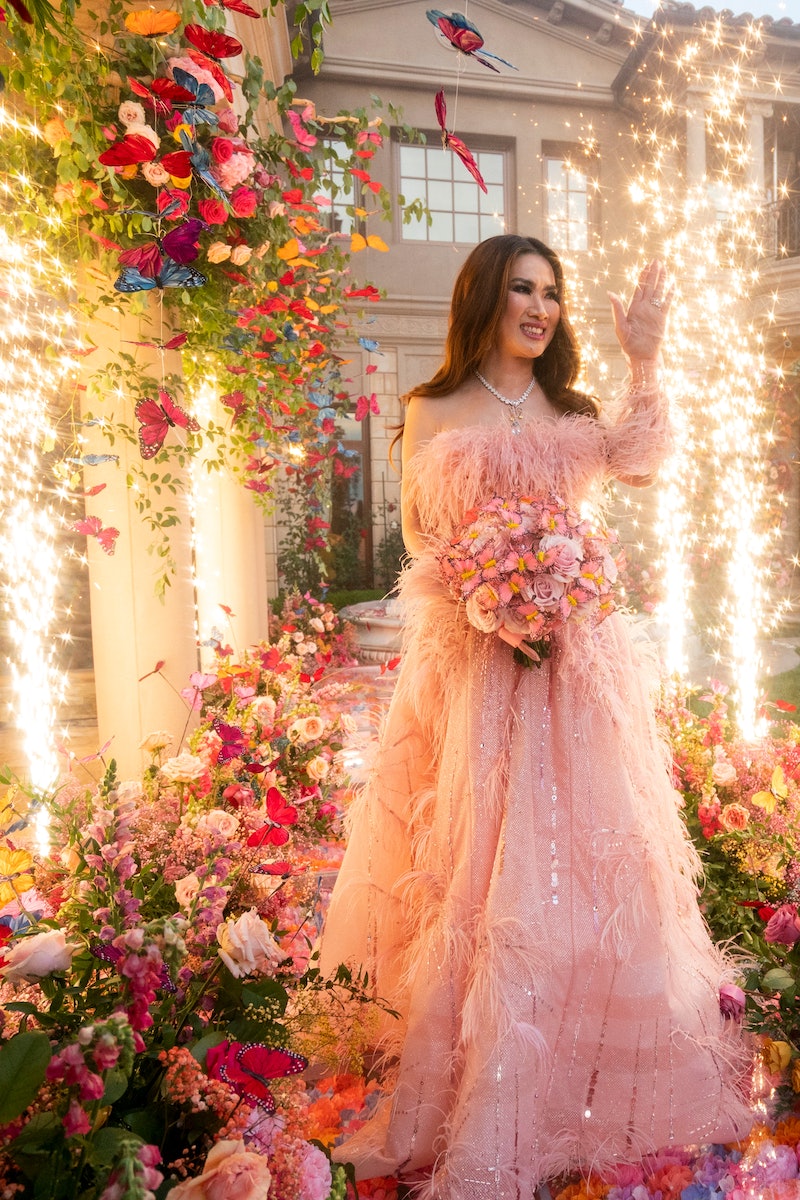 On May 13, Netflix returned to the luxurious world of Bling Empire. Season 2 is bigger than its predecessor, especially considering its expanded cast. One newcomer to the socialite group is philanthropist and influencer Mimi Morris. Bling Empire takes a peak behind the curtain of opulence, following the lives, drama, and escapades of the extremely rich, which means that the new addition fits right in.

Morris, 52, hails from Vietnam, where she struggled through a turbulent upbringing. With the Vietnam War going on, she and her siblings had to live in “a large hole in the ground” for two years, starting from when she was 7, according to a Netflix statement. They barely had necessities like food and water, so Morris has held on to her work ethic and “her strong survival skills in the face of adversity,” the streamer said, adding, “At first blush, Mimi comes off light-hearted, witty, and joyful—but don’t let her delightful demeanor fool you. Nothing gets past her.”

We didn’t get much of her in the Bling Empire trailer, only a quick snippet of her showing off an engagement ring, but there’s more of Morris in Season 2. Here’s what to know about the new cast member.

What Does Mimi Morris Do?

Morris refers to herself as a philanthropist in her Instagram bio, and it appears she owns her own business, but it’s difficult to find any actual details about said business. She also likes to model, as she’s repeatedly pictured on her Instagram account posing in designer duds, including even a Chanel surfboard.

Who Is Mimi Morris’ Husband?

The Bling Empire newcomer is married to Don Morris, the CEO of Morris Group International, a company that specializes in manufacturing productions for non-residential construction markets, including the commercial, institutional, government, hospitality, and health care sectors. One of Don’s quotes sits on the already-linked landing page of the company’s website. “What sets us apart from competitors is our engineering and spirit,” it starts. “We have a ‘can-do’ spirit. If you ask us to do something, we will do it or figure out how to do it. That’s the part our customers like. That’s the part we like.” It appears that the couple has been together for roughly 10 years based on a tribute post Morris uploaded in which she refers to their decade-long relationship.

Morris’ feed is full of opulence. If the Chanel surfboard didn’t clearly indicate her love of luxury, the rest of her grid certainly will. You can catch Morris on ski trips to Aspen, lounging in head-to-toe Chanel, and posing on the steps of private jets. She’s also clearly a fan of grand floral arrangements given how many of them appear across her page, ranging from deep red petals to a myriad of assorted colors decorating courtyards. Her page is also populated with family photos of herself and her children embracing, as well as enjoying time by the water.

Expect to get to know Morris and her family throughout Season 2, which is now on Netflix.