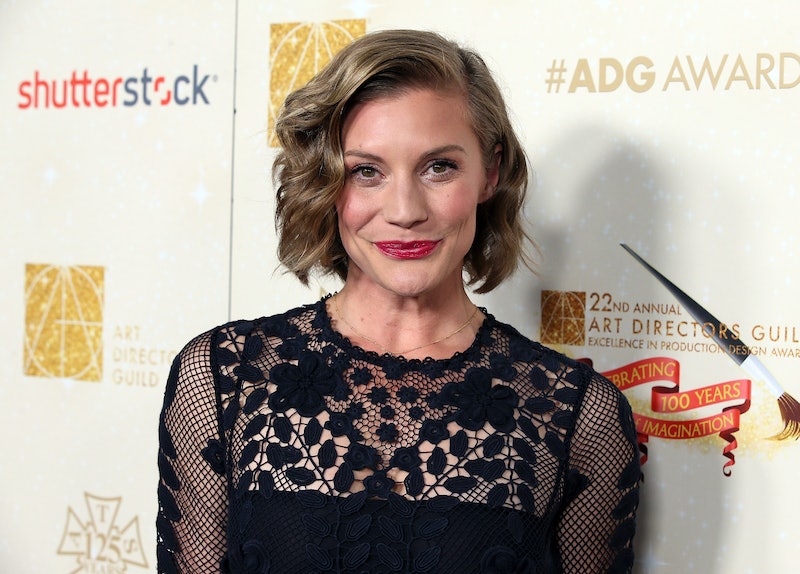 The first season of The Mandalorian introduced us to Baby Yoda, but it also honored longtime Star Wars fans with several nods to the franchise's larger universe. That will continue in The Mandalorian Season 2 with the return of Bo-Katan Kryze, who appeared in both Star Wars: The Clone Wars and Star Wars: Rebels. She'll be played by Battlestar Galactica alum Katee Sackhoff, who voiced the character in the original animated shows.

As a Mandalorian, Bo-Katan is a great warrior, but she has a speckled past that has at times made her appear to be both a villain and a hero. She last appeared in the Season 4 premiere of Rebels, when she received the Darksaber and once again became the de facto leader of the Mandalorians after leading an important battle against the Empire that was occupying Mandalore. That was about 10 years before the events of The Mandalorian, and things haven't go so well in Mandalore since then. The Disney+ series revealed that most Mandalorians were killed off during a purge by Imperial forces, and the rest are scattered throughout the galaxy with no real home. Fans also know that former Imperial officer Moff Gideon now wields the Darksaber, which implies that he somehow took it from Bo-Katan. So where does that leave everyone's favorite Mandalorian leader?

No one's really sure. If Bo-Katan is still alive, her priorities are likely to a) reunite the Mandalorian diaspora and b) take back the Darksaber from Gideon. She could also help Mando on his quest to unite Baby Yoda with the Jedi, as the second trailer for Season 2 hints. "If I can locate other Mandalorians, they can guide me," says our helmeted protagonist.

Another possibility is that Season 2 will reunite Bo-Katan and her old Jedi pal Ahsoka Tano. The fan favorite character is also set to make her live-action debut on the series, where she will (reportedly) be played by Rosario Dawson. Seeing the two team up has been on the bucket lists of many Star Wars fans for a long time. But there's another tragic possibility to consider: that Bo-Katan was killed by Gideon (which would explain how he ended up with the Darksaber). If that's the case, her appearance in The Mandalorian will obviously be limited to flashbacks.

Whatever The Mandalorian has in store for Bo-Katan, her return to the franchise is going to be one of the most anticipated moments this season.