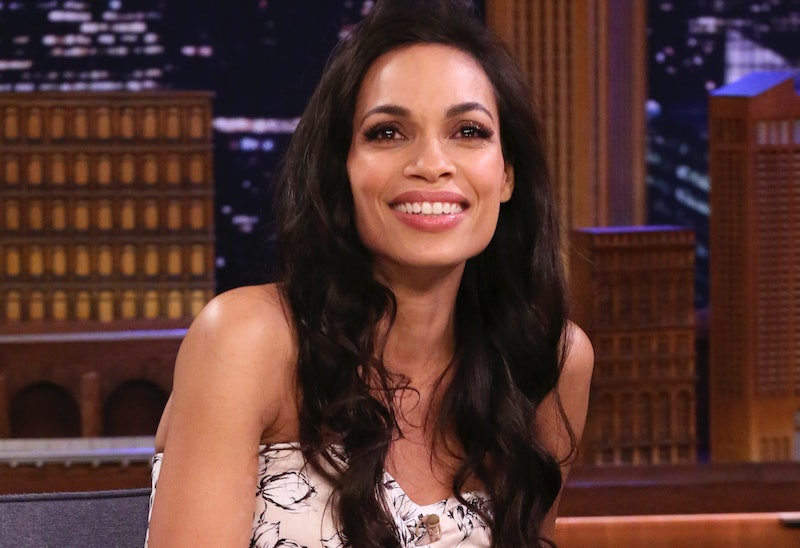 Calling all Clone Wars fans: Rosario Dawson will join The Mandalorian as Ahsoka Tano in Season 2 of the hit Disney+ series. Introduced in Star Wars: The Clone Wars, Ahsoka Tano is from the Togruta species and a former Jedi apprentice of Anakin Skywalker. The fan-favorite character is voiced by Ashley Eckstein in all seven seasons of the animated series. The seventh and final season currently airs on Disney+ after past residencies on Netflix and Cartoon Network. Dawson’s guest star role will be Ahsoka Tano’s live-action debut.

As confirmed by creator and showrunner Jon Favreau, The Mandalorian will return for Season 2 in the fall. While little is known about specific plot lines, Favreau told Entertainment Weekly in September 2019 that he has already begun working on Season 2. “We’re working on Season 2, writing, prepping with the directors and getting ready to direct myself, actually,” he said. “I didn’t get a chance the last time around because I was doing Lion King, so I’ll step in for one of them.”

Set after the fall of the Empire and before the rise of the First Order, the first season of the Star Wars spin-off series follows a lone bounty hunter, the Mandalorian (Pedro Pascal), and his adventures in the outer reaches of the galaxy. The series introduced viewers to breakout character The Child, referred to as Baby Yoda by the masses.

In the Season 1 finale, Mando and Baby Yoda successfully escape the throes of Moff Gideon (Giancarlo Esposito) and his army of Stormtroopers. With the assistance of IG-11 (Taika Waititi), Cara Dune (Gina Carano), and Greef Karga (Carl Weathers), Mando prepares to journey and safely return The Child back to his home planet — wherever that is. With that in mind, fans can expect Season 2 to explore more about Baby Yoda’s mysterious species — and its real name.

In an interview with EW in January, Waititi, who voices droid IG-11 and directed the Season 1 finale, said he knew The Child’s real name and called on fans to drop the “Baby Yoda” moniker. “I knew that people would be talking about Baby Yoda, but I also know Baby Yoda’s real name,” Waititi said. “So if you’re gonna do me a favor, please stop calling him Baby Yoda. Or is it a her! No one knows!”

With that in mind, could Dawson's Ahsoka Tano play a key role in Mando's quest to learn more about The Child's origins? The Mandalorian fans will have to wait until fall to find out.