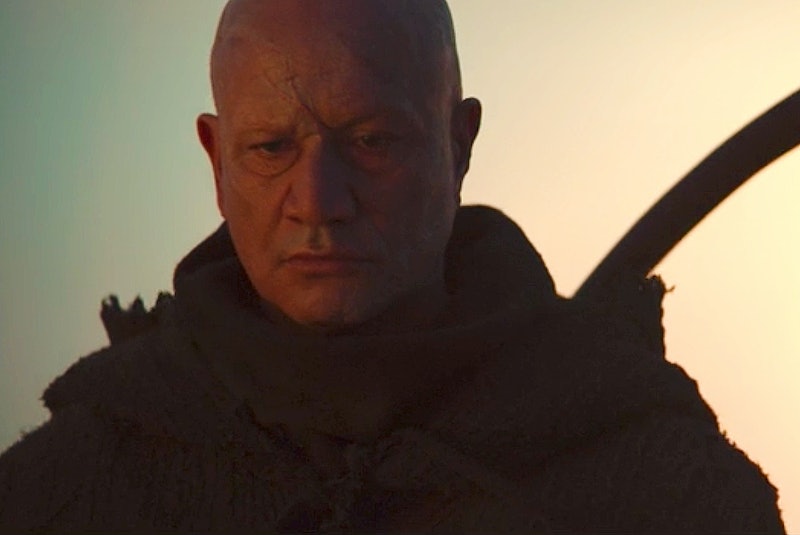 After months of rumors that Temuera Morrison would play Boba Fett in The Mandalorian Season 2, he made his grand appearance in the final moments of the Oct. 30 premiere. The fan-favorite bounty hunter hasn't been seen in the canonical Star Wars universe since 1983's Return of the Jedi, but fans have long speculated that he survived his fall into the sarlacc pit. And in the now-defunct Star Wars Expanded Universe, he did.

Not long after his onscreen "death," Fett was resurrected in Star Wars comics and novels, where he went on to star in a number of stories. At the time, those stories were canon. But when Disney took over the franchise, they reclassified the Expanded Universe as "Legends," giving themselves a clean slate on which to build their new universe. His appearance in The Mandalorian marks Boba Fett's first showing in this new Star Wars canon, and fans have a lot of theories about how he survived and what his appearance means for The Mandalorian.

The first episode of The Mandalorian Season 2 revolved around Mando helping Cobb Vanth kill the Krayt Dragon that was tormenting Vanth's Tatooine village. In exchange for his help, Vanth gave Mando his Mandalorian armor — the very armor that once belonged to Boba Fett.

Screen Rant's Thomas Bacon theorizes the connections between the krayt dragon and Boba Fett may run even deeper. In the episode, it's mentioned that the dragon lives in a sarlacc pit after having eaten the sarlacc that lived there. According to Jabba the Hutt in Return of the Jedi, sarlacc victims live a torturous existence inside the creature's stomach for "a thousand years," implying that they're somehow able to be kept alive in a weakened state inside the creature's stomach. If the krayt dragon ate the sarlacc that swallowed Boba Fett, it could have hypothetically freed the bounty hunter from his torment by killing the sarlacc. According to the theory, Boba Fett would then have had to escape from the dragon in his weakened state, and after doing so, would have been left incapacitated, allowing the Jawas to steal his armor and eventually sell it to Vanth.

Boba Fett Is Working On A Bounty

Let's not forget that Boba Fett is a Mandalorian bounty hunter. He's best known for bringing Han Solo to Jabba in exchange for a bounty, and he could now be out to collect an even more lucrative bounty: Baby Yoda. Jesse Schedeen of IGN thinks that Boba could have been hired by Moff Gideon to track down Baby Yoda, and if that's the case, we all need to start preparing for the horrific possibility of seeing Baby Yoda frozen in carbonite.

The main plot ofThe Mandalorian Season 2 appears to be Mando's quest to reunite Baby Yoda with other Jedi. He's looking to do so with the help of "other Mandalorians," which is why he went to Tatooine in Episode 1. He came up empty, but what if Boba Fett ends up being the "other Mandalorian" who can help him in his quest? He has direct experience with Jedi (namely Luke Skywalker and Obi-Wan Kenobi) and might be able to point Mando in the right direction — especially if doing so reunites him with his armor.