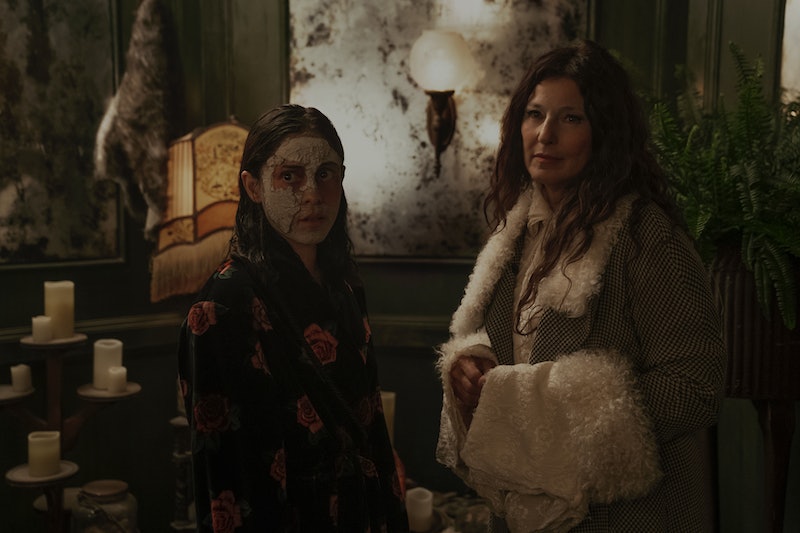 If you were a fan of Syfy’s creepypasta-inspired series Channel Zero, Nick Antosca’s new Netflix show Brand New Cherry Flavor might be your next horror obsession. Co-created with Channel Zero producer Lenore Zion, the eight-episode series follows Rosa Salazar as Lisa Nova, an aspiring horror film director looking to break into the male-dominated film industry in 1990s Los Angeles. When Lisa is taken advantage of by producer Lou (Eric Lange), her dream project turns into a nightmare and she embarks on a surreal and supernatural journey of revenge.

The show is based on a 1996 novel of the same name by Todd Grimson. In the book, after Lou cuts her out from directing her own film, Lisa asks black witch doctor Boro (Catherine Keener in the show) to put a curse on Lou’s whole family. Except the curse goes too far, and Lisa sinks even deeper into occult magic to deal with the fallout. Along the way, she clashes with hit men, law enforcement, and even zombies.

“I read it and I didn’t know what to expect,” Antosca told iHorror.com. “I was just sort of taken aback. It stuck with me. The Lisa Nova character stuck with me. She’s this sort of amoral, yet relatable, artist who has got this stuff inside of her that she’s trying to get out into this sort of nightmare world of Hollywood and LA.”

Because the show is billed as a limited series, it doesn’t seem likely that Brand New Cherry Flavor will return for Season 2 — though the show has a pretty open ending that suggests that Lisa and Boro could come back. “We planned it as a contained story,” Antosca told ScreenRant. “Never say never if all the stars align, but we felt we wanted to take this journey with this character.”

If the show does return, it will have to be an entirely new story. Antosca told iHorror.com that they already “mixed and matched” details from Grimson’s book to make it all fit within one season. “We sent [Grimson] the scripts as we worked. He was involved in the creative process. Then we brought some of our own stuff to it ... There’s a lot of that stuff that came from our own nightmares.”

It’s possible that the series could continue beyond what Grimson originally wrote, but critics seem to be split on whether or not there’s enough compelling story to tell. “The style-over-substance horror crowd seems bound to be disappointed by Brand New Cherry Flavor,” Judy Berman wrote for Time. “Yet another miniseries that should’ve been a 90-minute film, it wrings way too much content out of too little material.” On the other hand, Alex McLevy at AV Club wrote that though “Antosca’s overstuffed his stories with too many subplots in the past,” Brand New Cherry Flavor is overall a better and “more streamlined version of his weird sensibilities.” Only time will tell if the surreal fever dream of a show finds enough of an audience to merit a renewal.

More like this
The 'Freeridge' Cast Shared Their Hopes For A Potential Season 2
By Grace Wehniainen
Everything To Know About 'Cobra Kai' Season 6
By Brad Witter
Netflix Shut Down 'Bridgerton' S3 Rumours About A “Very Dark” Storyline
By Bustle
'The Crown' Season 6 Has Suspended Filming "Out Of Respect" For The Queen's Death
By Bustle Staff
Get Even More From Bustle — Sign Up For The Newsletter
From hair trends to relationship advice, our daily newsletter has everything you need to sound like a person who’s on TikTok, even if you aren’t.