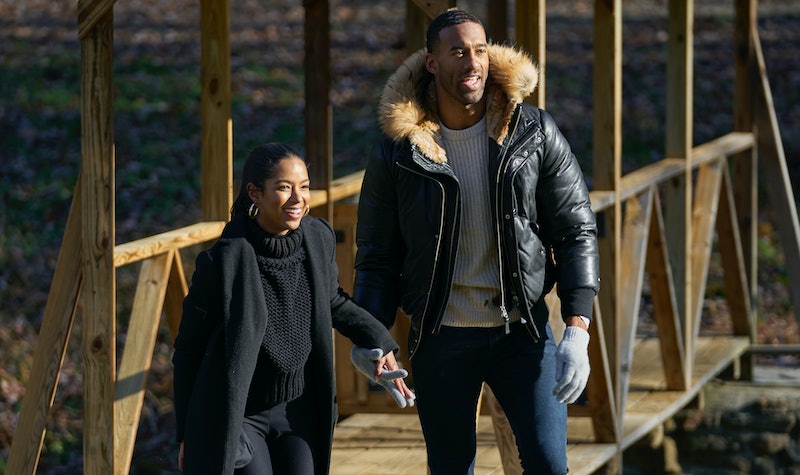 There's one parent who Matt James will have to try extra hard to impress during hometowns: Bri Spring's mom, Lauren Stoppelbein. As Bri revealed to Matt during their first one-on-one date, her mother raised her as a single parent just like Matt's mom did for him. “My mom became pregnant and had me at 13,” Bri explained. “She didn’t really date for a long time after that. It’s just been me my whole life. Me and my mom."

According to CosMedicList, Stoppelbein works in cosmetic surgery and has a certificate from the American Board of Plastic Surgery. Her list of procedures include breast augmentations, facelifts, tummy tucks, and nose jobs. Her Instagram is private, but her bio reads "feminist raising feminists," so there's no doubt that Bri has inherited her strength and sensibility from her mom.

Bri recently showed off her mother and grandmother in a Instagram post, captioning it as "three generations of strong women and counting." According to Bri, her father was absent from her life, so her mom made “countless sacrifices" to help her be successful. As a result, both Bri and Stoppelbein likely learned to thrive without any male influence in their lives. Matt will really have to prove to Bri's mom that an engagement to him is what's best for Bri — which might admittedly be a hard sell, considering Bri left an impressive tech job in San Francisco for the chance to be with him.

And it sounds like Bri may still be unsure about how she feels about Matt. "I haven't told him how I feel about him," Bri tells her mom in the preview for hometowns. "You have to protect yourself," Stoppelbein seems to caution in response.

The Bachelor previews are always cleverly edited, but it's understandable if Stoppelbein is hesitant to accept that her daughter could fall in love with a stranger in the span of a few weeks. An engagement is a huge leap, and a single mom like Stoppelbein will want to be sure that Matt is truly serious about Bri and not just weighing his options.