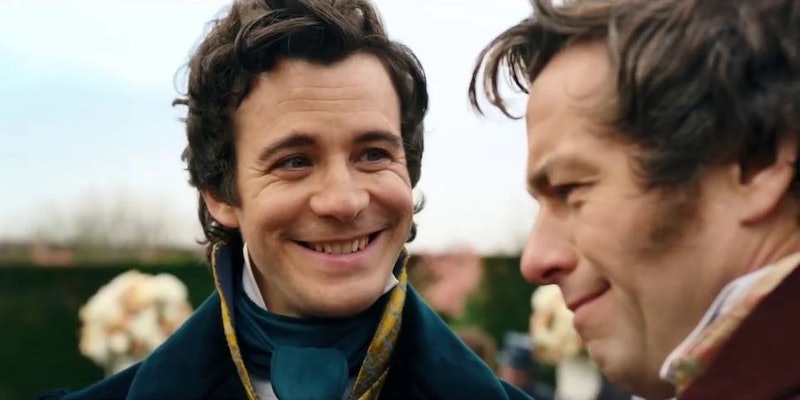 Chris Van Dusen, the showrunner and executive producer of Bridgerton, has big plans for Benedict Bridgerton. While the second season is centered on the eldest Bridgerton sibling, Viscount Anthony (Jonathan Bailey), a future season will focus on the romantic love life of his brother Benedict (Luke Thompson). In the first season, Benedict was shown to enjoy the company of both men and women, and this is something Van Dusen plans to explore further.

When asked if Benedict’s sexual fluidity will play out on-screen in the future, Van Dusen told RadioTimes.com: “Absolutely. I think we did a lot of work these first two seasons as far as setting up characters for future seasons.” Expressing the importance of inclusivity, he continued: “I always wanted this show to be about more than just the Bridgertons and what happens within the confines of Grosvenor Square.”

Noting Benedict’s position in the family, Van Dusen mused: ""With Benedict, he gets to be a part of this whole other world, this artsy space with all these colourful characters. I think, as a second son, he's been given a certain amount of freedom and it's been so interesting for me to see what he's been able to do with that freedom."

Previously, the hit Netflix series has been criticised for its lack of queer inclusion and visibility, per Digital Spy.

He told Deadline: “We’re telling this fraught, charged, and really steamy enemies-to-lovers love story, and there’s plenty of sexual tension on screen between Jonathan Bailey and Simone Ashley. It just builds and builds, until we reach this really satisfying payoff. I’m really proud of it.”