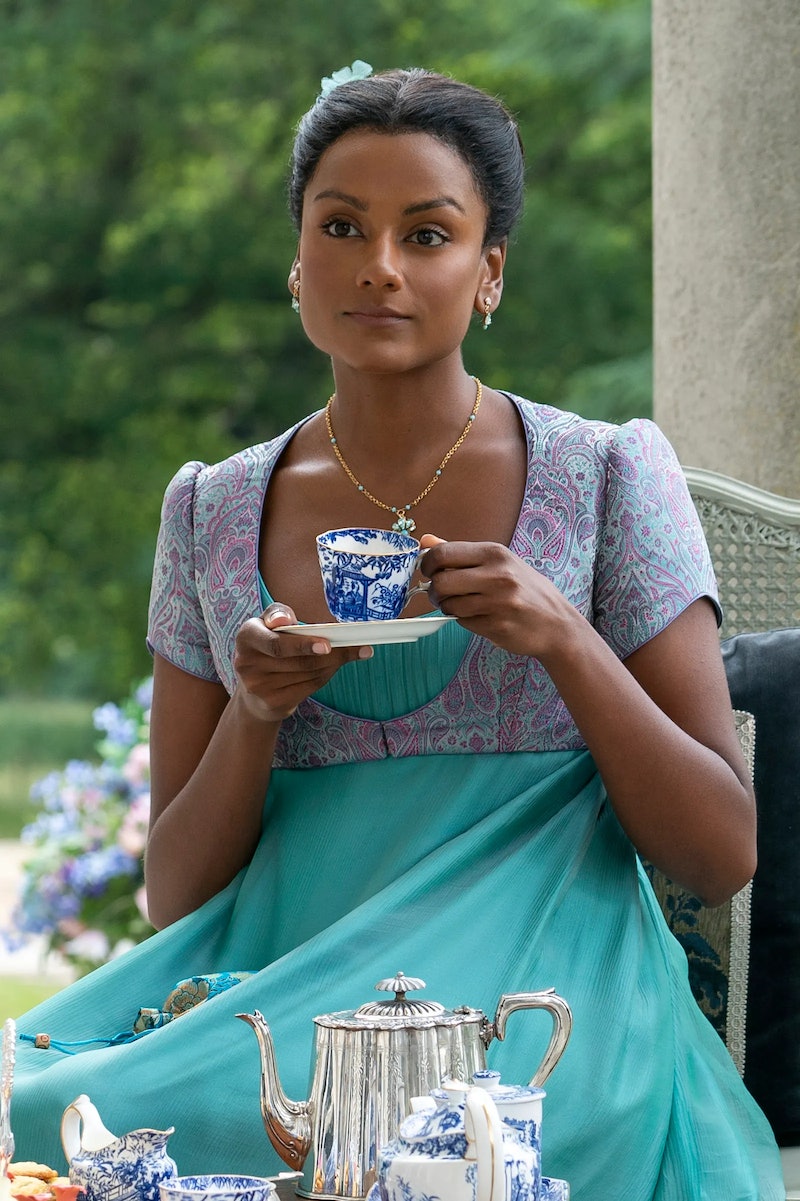 Simone Ashley has earned a legion of new fans following her starring turn as Kate Sharma in Bridgerton season two. The British-Indian actor joined the cast after a breakthrough role in Netflix’s Sex Education, where she played the formidable, but occasionally kind-hearted, Untouchables member Olivia Hanan. Now, fans have a glimpse into a pre-fame Ashley, in a newly-unearthed photoshoot of the rising star during her modelling days.

Shot in Los Angeles, the glossy images date back to 2014. Originally from Camberley, Surrey, Ashley, 27, went on to model for Vogue Singapore and The Sunday Times’s Style Magazine ahead of early roles in Broadchurch and The Sister. Various set-ups show the actor sporting wet-look hair, and sporting bright patterns and statement jewellery, including a striking golden feather.

Ashley’s character in Bridgerton arrives on the scene just as Anthony Bridgerton (Jonathan Bailey) is on the hunt for a suitor, and is staunchly against the idea of her eligible sister Edwina courting the nobleman. Despite her distrust, Kate ends up becoming closer to Anthony herself, and their entanglement becomes increasingly… complicated.

Elsewhere, Ashley confirmed to Deadline that we haven’t seen the last of Kate and Anthony just yet. “We’re going to be back!” she said, speaking at a Netflix dinner thrown to celebrate South Asian culture. “Kate and Anthony are just getting started.”

“In season 2, there was a lot of push and pull between Kate and Anthony, there were complications with the family, and then they find each other towards the end,” she hinted. “I think everything is just starting. I’d like to see Kate just let go a bit more and play more in season 3 and kind of swim in that circle of love together. I think they both deserve it.”

More like this
Everything To Know About The 'Daisy Jones & The Six' TV Series
By Maxine Harrison and Brad Witter
Turns Out George Clooney Is A Huge Fan Of This Classic British Game Show
By El Hunt
'Abbott Elementary' Fans Probably Missed This 'Parent Trap' Easter Egg
By Sam Ramsden
This Pre-'Love Island' Video Of Olivia & Zara Together Changes Everything
By Bustle UK
Get The Very Best Of Bustle/UK
Sign up for Bustle UK's twice-weekly newsletter, featuring the latest must-watch TV, moving personal stories, and expert advice on the hottest viral buys.