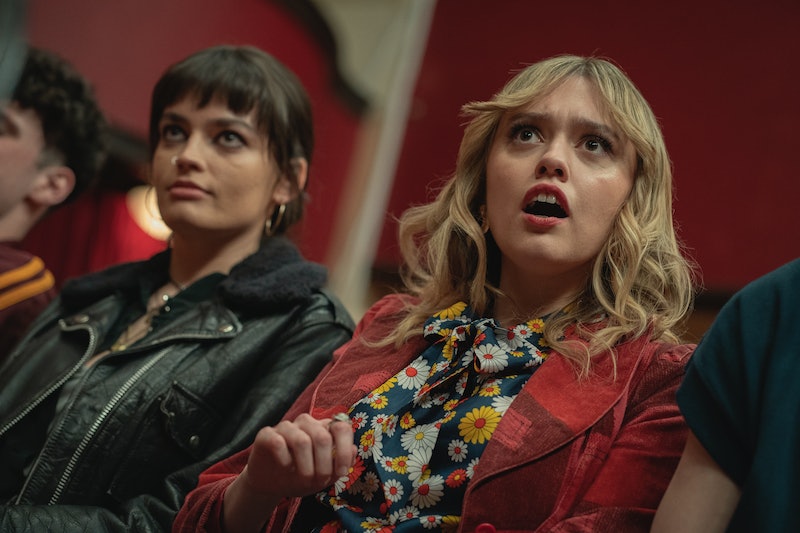 Spoilers for season 3 ahead. Sex Education finally returned to Netflix in September with eight brand-spanking new episodes. Picking up where the previous season left off, Moordale welcomes a new head teacher, Hope, played by Girls star Jemima Kirke, and Otis and Maeve find their friendship on the rocks. (Or do they?) Once you’ve raced through season 3, the question will undeniably arise: will Sex Education return for season 4? Here’s everything we know so far.

On September 25, Netflix officially announced that Sex Education would be coming back for a fourth season. However, there has been no word yet on when filming will start and what kind of time we can expect to see the next season.

As for whether the show has life beyond season four, the cast and crew seem in agreement on that one. Asa Butterfield, who plays Otis, told Digital Spy: “I think it's a relatively simple story this one. Obviously, we're in college, so there's that time constraint. I don't think this show would ever go for 10 seasons... I don't think it needs more than four or five [seasons].”

The sentiment was echoed by casting director Lauren Evans who told Metro back in May that the show creator Laurie Nunn “doesn't want to keep going and put these people through college and university and you know into middle age.”

Most recently, Aimee Lou Wood, who plays Aimee in the show, told the Radio Times that while there was a part of her “that could just do it forever,” there was also a part of her that said “no – we’ve all got to go and do different things and play different parts.”

Wood continued: “We can’t be like 50 saying, ‘Freshers week!’ So it’s a weird one. It’s a bittersweet thing because it probably is, even if it’s not this series, it probably is closer now to ending than it is to the start.”

It goes without saying that we would hope all our faves make it back for season 4. This would, of course, include Asa Butterfield, Ncuti Gatwa as Eric, Emma Mackey as Maeve, Aimee Lou Wood as Aimee, Connor Swindells as Adam, Kedar Williams-Stirling as Jackson, Patricia Allison as Ola, Tanya Reynolds as Lily, and Jemima Kirke, too.

Season Three ends with Jean’s life hanging in the balance after suffering a major postpartum haemorrhage. Thankfully, we know she pulls through, so season 4 would include Gillian Anderson, fingers crossed.

Most excitingly, if you’ve ever imagined yourself as part of the Sex Education cast, now is your chance. Cast and crew have put out an open-casting call on social media for two new roles in the upcoming season. If you are a trans actor, then this one's for you. They are looking for Abbi, “a young trans woman with a 90s Winona Ryder vibe…” and Kent, “a trans-masculine” character who plays Abbi’s boyfriend.

To apply, all you need to do is send over your full name, headshot, experience, contact details and a little bit about yourself to office@laurenevanscasting.co.uk. Details can be found in this tweet.

This post will be updated with additional plot and cast details as more information on Sex Education Season 4 becomes available.

This article was originally published on Sep. 17, 2021