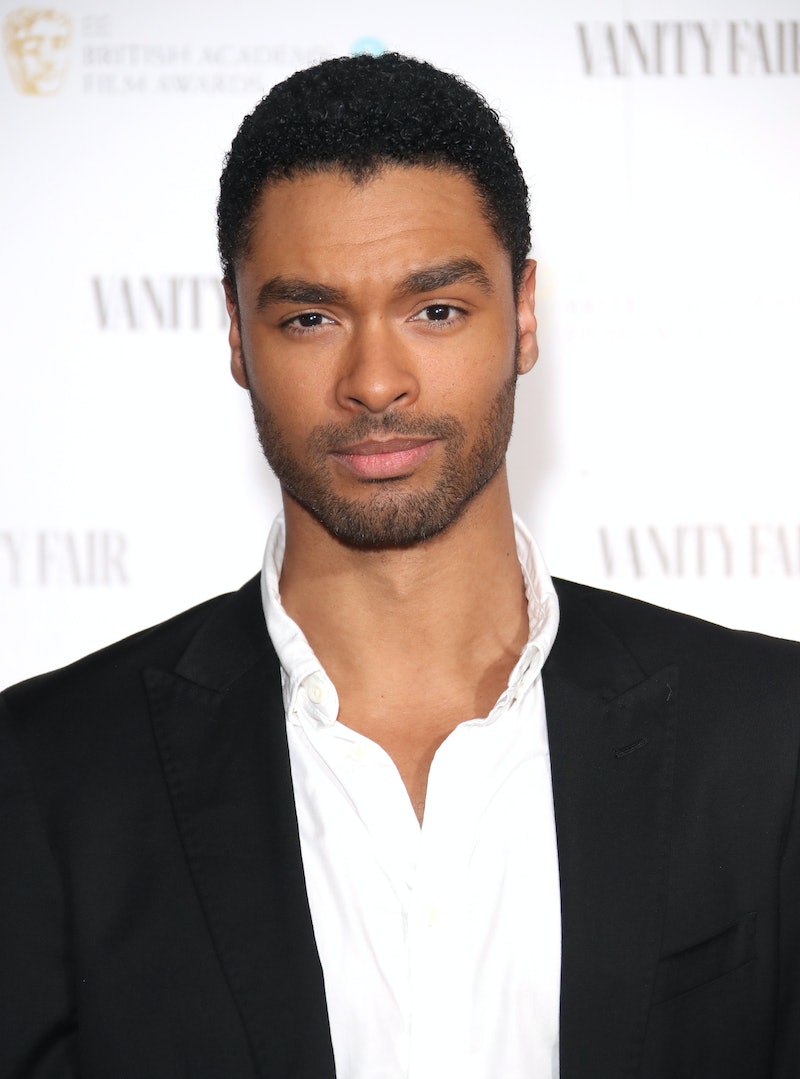 Following the success of his steamy Netflix series, Bridgerton's Regé-Jean Page is scheduled to host SNL. The breakout star, who was recently nominated for a SAG Award and an NAACP Image Award for his role as the Duke of Hastings on Bridgerton, will appear alongside Saturday Night Live musical guest Bad Bunny. The episode will mark Page's first appearance on the sketch comedy series and air on Feb. 20.

On Saturday, Feb. 13, Page announced the SNL hosting gig on Instagram, writing in the caption, "Saturday Night." The official Bridgerton Instagram account commented on the post, "Your Grace," alongside a fire emoji. Many of the actor's friends and fans commented on the post as well, with showrunner Chris Van Dusen actor posting prayer hand emojis and Euphoria star Storm Reid writing simply, "Wow."

Bridgerton, which premiered on Netflix in December, is the streaming platform's most-watched series ever, according to Variety. The period romance is set in Regency-era England and follows the eight siblings of the powerful Bridgerton family as they are presented at court and find love. Page plays Simon Bassett, or the Duke of Hastings, one of London's most eligible bachelors, who gets entangled with Daphne Bridgerton. The Shondaland series was watched by 82 million households in the first 28 days online and made the Netflix Top 10 list in every country besides Japan.

In January, Netflix confirmed a Bridgerton Season 2, with production slated to resume in London during the spring of 2021, according to Deadline. Van Dusen said during an interview with Today With Hoda and Jenna that the next season will focus primarily on the marriage pursuits of the eldest Bridgerton sibling, Anthony, but hinted that Page’s character would appear in the second season. “They are now, of course, the Duke and Duchess of Hastings, but in my mind, they will always be Bridgertons,” Van Dusen said. “I think they will always be part of the show.”

Page has not yet revealed his post-Bridgerton plans, but the actor is likely to have a bright career ahead of him. In addition to the upcoming SNL hosting gig and potential Season 2 appearances on the popular Netflix series, the actor also recently addressed James Bond rumors. Many fans were calling for the star to succeed Daniel Craig as the next 007, though the actor downplayed the rumors. “It's like a merit badge,” he said of having his name added to the conversation. “But I don't think that it's much more than that.”

More like this
Here’s Everything Coming To & Leaving Netflix In February
By Jake Viswanath
At 28, Debra Jo Rupp Was Living A Much Different '70s Show
By Grace Wehniainen
'GoT' Star Emilia Clarke Says She "Just Can't" Watch 'House Of The Dragon'
By Brad Witter
Raven-Symoné Addressed Fan Pushback To Her Name's Actual Pronunciation
By Stephanie Topacio Long
Get Even More From Bustle — Sign Up For The Newsletter
From hair trends to relationship advice, our daily newsletter has everything you need to sound like a person who’s on TikTok, even if you aren’t.