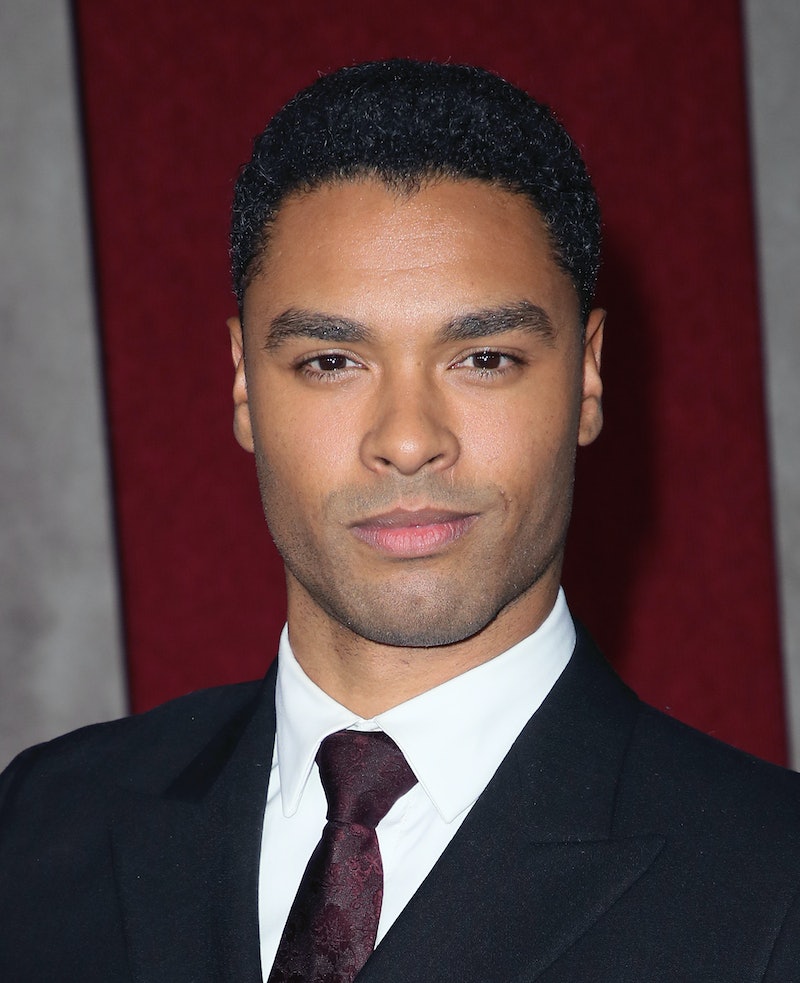 With fans calling for the Bridgerton star to be the next 007, Regé-Jean Page addressed the James Bond rumors yet again during a roundtable interview for The Hollywood Reporter alongside actors Chris Rock, John Boyega, Jonathan Majors, and Josh O’Connor. While discussing their dream Hollywood roles, THR’s Lacey Rose brought up the conversation surrounding Page stepping into the role of Bond. The actor, who played Simon, the Duke of Hastings, in the popular Netflix drama, embraced the honor but shot down the idea of him portraying the iconic character, claiming that the rumor only continues to spread because “it gets clicks.”

“It’s got nothing to do with me — nothing to do with anything that has happened in any rooms or any meetings,” Page detailed. “It’s literally just a thing for people to talk about. So it’s flattering, but it’s just a game.” Later in the interview, while the actors mused about getting to hang out in person rather than on a virtual call, Rock joked, “We’ll all see each other at Regé’s Bond premiere.” Page quipped back, “You’re not helping, man!” However, the Bridgerton star then noted that it’s not entirely out of the question: “Tell you what, if that happens, you’re invited, fine.”

This isn’t the first time he’s downplayed the Bond rumors, as he addressed them during a January 2021 appearance on The Tonight Show With Jimmy Fallon. After Fallon informed Page that the internet was rooting for him to take over the iconic character, saying "the betting odds are at five to one," Page laughed and seemed to deny he'd be Daniel Craig's successor.

In November 2019, Craig confirmed his retirement from the James Bond franchise following the upcoming No Time to Die, due out in October 2021, during an appearance on The Late Show With Stephen Colbert. "It's done," he told Colbert. In the years since, fans have speculated about possible replacements, and in December, Page's name was added to the conversation. The actor stoked the Bond rumors when he tweeted a Bridgerton promo on Dec. 16 that read, "Regency, Royalty. Shaken and stirred," a reference to how 007 prefers his martini.

Ladbrokes, a betting firm, has a popular James Bond ranking system that evaluates which actors are most likely to be cast as the character, as per Variety. The firm puts actors who star in successful films or television shows at higher odds of being cast, and currently, Page's chances remain at 5/1. Alex Apati, a Ladbrokes representative, told the publication that it is not uncommon for actors cast in popular series to improve their odds, with Cillian Murphy becoming a contender after Peaky Blinders and Paul Mescal entering the running after his turn in Normal People.

While Page may not be on deck to play Bond just yet, the speculation does speak to Bridgerton's success on Netflix. The streaming platform reported the period drama is one of its biggest hits yet, being viewed by over 82 million households and claiming more points on the top 10 charts than any other show this winter, according to Forbes. Bridgerton is also one of only four shows to have moved out of the No. 1 spot and later reclaimed it. Given the show's record-breaking success, Page is likely to be an in-demand talent, even if he isn't cast as James Bond.