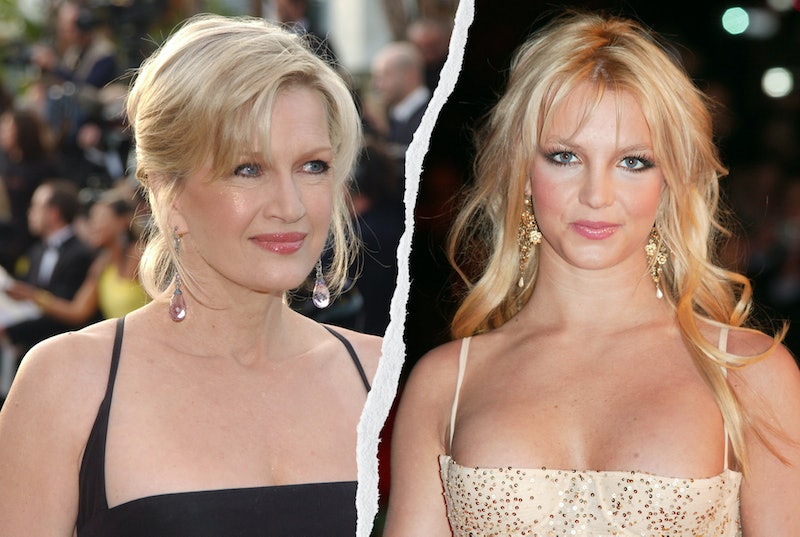 Britney Spears wasn’t ready to speak to Diane Sawyer after splitting from Justin Timberlake in 2004. Now, she’s spilling the tea. In a since-deleted Instagram post, Spears shared a lengthy note to fans that revealed her true feelings about her infamous 2004 post-split interview with Sawyer, claiming she was “forced” to talk and criticizing her line of questioning. “Do we dare forget the Diane Sawyer interview in my apartment almost 20 years ago?” she wrote. “What was with the 'You're in the wrong' approach?? Geeze... and making me cry???”

Ever since Hulu’s New York Times documentary Framing Britney Spears resurfaced Sawyer’s interview, the ABC journalist has come under fire for seemingly pinning blame on Spears for the breakup and asking questions that fans have called sexist and demeaning. In her letter, Spears revealed she “never spoke to anyone for a very long time” out of devastation from her split from Timberlake, but just a few days into it, her father Jamie reportedly showed up to put her on camera.

“Something I never shared when I had that break up years ago was that I couldn't talk afterward," she wrote, as per People. “I was in shock... pretty lame of my dad and three men to show up at my door when I could hardly speak... two days later they put Diane Sawyer in my living room... they forced me to talk!”

Spears also took issue with Sawyer asking her if she had a shopping problem. “I lived in my apartment for a year and never spoke to anyone,” she recalled. “My manager put that woman in my home and made me talk to her on national television and she asked if I had a shopping problem!!! when did I have a problem with shopping? When I never left my apartment?” Now, Spears says she’s more equipped to stand up for herself and revealed what she’d tell Sawyer now. “I was almost 22 and didn’t understand, but I f*cking know now” she wrote. “She said 'A woman or a girl' ... I would like to say now, 'Ma'am I'm a catholic slut!!!’” Iconic.

In a statement to People, a lawyer for Spears’ father denied Jamie had anything to do with Sawyer’s interview. “Jamie never set up any interview with Diane Sawyer and was not present for any such interview," Alex Weingarten said. "He had nothing to do with Britney's career at this point and was completely uninvolved in this interview. Jamie loves Britney very much, wishes Britney nothing but the best and hopes that she continues to seek the help that she needs to stay safe and healthy.”

The “Gimme More” singer ended her letter on a full-circle note, telling fans about a recent shopping trip she went on after withdrawing $300 from an ATM, which she “was so proud” to do after becoming free from her conservatorship on Nov. 12 and finally receiving full access to her finances. “I bought chocolate, Christmas socks, and a bottle of white wine with my cash,” she said. “It was great!!! I felt so independent when I came home ... hope you’re all having a wonderful Christmas !!!” Clearly, Spears will not be shamed for her shopping, and rightfully so.

More like this
Britney Spears Thanks Fans After Miscarriage & Explains Why She's Writing A Book
By Jake Viswanath
The 'Hocus Pocus' Sequel Finally Has A Release Date & It Makes Total Sense
By Shannon Barbour and Radhika Menon
Britney Spears Set A Wedding Date With Fiancé Sam Asghari & Previewed Her Dress
By Bustle Editors
Hayden Panettiere Will Return For 'Scream 6': "We F*cking Won, Scream Fam"
By Jack Irvin and Jake Viswanath
Get Even More From Bustle — Sign Up For The Newsletter