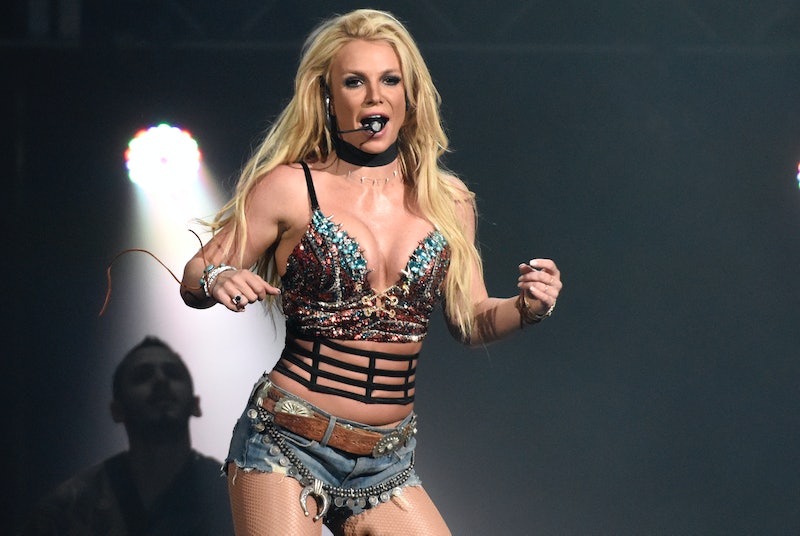 Britney Spears has responded to Framing Britney Spears once again, slamming unauthorized documentaries about her career made without her input. The New York Times documentary episode was released in February and focused on how the tabloids have harmfully portrayed her throughout her career, which partially led to her controversial conservatorship.

The “Gimme More” singer posted yet another iconic Instagram video of her dancing in her living room, and the May 3 caption proves that she was dancing out her frustration. “Geez !!!! 2021 is definitely way better than 2020 but I never knew it was gonna be like THIS!!!!" she wrote. "So many documentaries about me this year with other people's takes on my life ... what can I say … I'm deeply flattered !!!!”

Spears went on to call the docs “hypocritical” and asked fans and filmmakers to focus on the great experiences she’s had. “They criticize the media and then do the same thing?????” she asked. “I'm thrilled to remind you all that although I've had some pretty tough times in my life ... I've had waaaayyyy more amazing times in my life and unfortunately my friends … I think the world is more interested in the negative!!!! I mean … isn't this supposed to be a business and society about THE FUTURE???? Why highlight the most negative and traumatizing times in my life from forever ago ???? I mean DAMN …"

The post comes after the announcement of yet another documentary about Spears. BBC will premiere The Battle for Britney: Fans, Cash and a Conservatorship on May 11, which takes an even more in-depth look at her conservatorship and the online #FreeBritney movement, made up of fans advocating for the legal arrangement to end so Spears can regain complete independence. Netflix is also reportedly developing their own doc about Spears, meaning the media blitz over her situation is not likely to dissipate anytime soon.

Previously, in March, Spears spoke out about Framing Britney on Instagram, admitting that she hadn’t watched it but the parts she did see made her feel “embarrassed” about how she was portrayed. “I’ve always been so judged... insulted... and embarrassed by the media... and I still am till this day !!!!” she wrote. “I cried for two weeks and well .... I still cry sometimes !!!!” However, she did end her latest note by directly addressing a paparazzo who appeared in the doc, claiming that the singer wanted photographers to hound her. “No paparazzi guy … I didn’t want you and your crew following me around !!!!" she wrote.

Luckily, Spears will have the opportunity to open up about the conservatorship on her own terms. On April 27, through her court-appointed lawyer, Samuel D. Ingham III, Spears asked if she could address the court directly at her next conservatorship hearing, which the judge accepted. The singer is trying to remove her father Jamie as her conservator, which she has requested in court documents multiple times. She’s scheduled to speak on June 23.