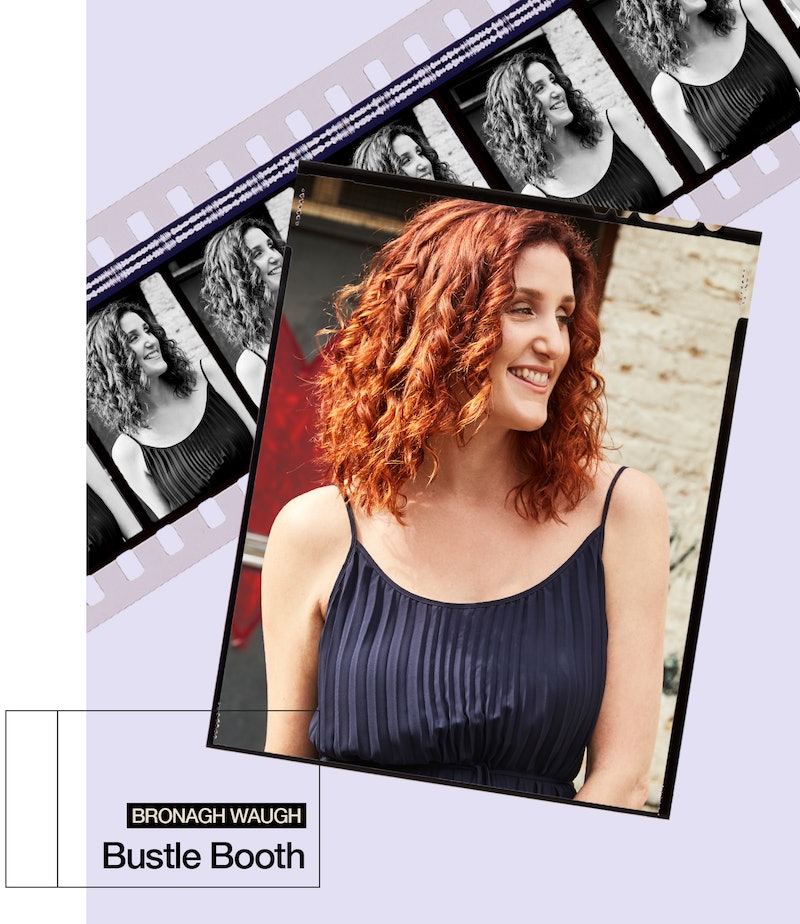 Those worried about Line of Duty season six drawing to a close needn’t worry, because ITV’s Viewpoint, premiering April 26, is here to fill the police-drama-shaped hole in your TV schedule. And viewers better prepare to fall in love with the no-nonsense DC Stella Beckett, played by Bronagh Waugh.

Filmed over five weeks in Manchester, Viewpoint gives the audience a sneak peek into the world of surveillance policing. Waugh, who you may recognise from Hollyoaks, Des, and The Fall, stars opposite Noel Clarke, who’s playing DC Martin Young.

It was the relationship between Beckett and Young that drew Waugh to the part. “Stella is kick ass and fierce. She doesn’t have a filter. There’s quite a bullishness to her, which I liked,” she tells me over Zoom. “And then Noel’s character’s extremely sensitive, thoughtful, and measured. It felt like the gendered reverse of roles which I loved.”

On top of landing her dream role, 2020 brought some other, very exciting news for Waugh, who found out she was expecting her first child with husband Richard Peacock. “I spent the majority of this year away from my husband. It’s a miracle I got pregnant. I only saw him twice,” she laughs.

Waugh, who hails from Northern Ireland, shared the news via Instagram with a beautiful photo series shot by Stuart Byswater. She says she wanted it to be a message of strength and power to women everywhere, but the fact that she posted it on March 8, aka International Women’s Day, was more of a happy coincidence. “I hadn’t told anyone up until then because it felt like the world was ending,” she tells me. “I kept putting it off and then.”

As we all know, conversations around International Women’s Day this year were mainly focused on women’s safety and gender-based violence. Waugh says her announcement “felt like taking back our power a little bit.”

Waugh is a vocal advocate for women’s rights. During lockdown, she publicly supported Women’s Aid Northern Ireland as statistics highlighted that domestic violence cases had skyrocketed. “It’s all about equality,” she says. “It’s been instilled in me since I was in a buggy. My mum would take me on marches when I was two or three.”

Black Lives Matter, abortion rights in Northern Ireland, and trans rights are all causes that Waugh has lent her voice to. During a normal year, she would be out at demonstrations and marches, or volunteering her time to the causes she cares about (she’s previously worked in Calais’ refugee camps, for example). “As a white, cis, woman, I’m incredibly privileged and I have a platform so it’s important to be able to use that to amplify voices that need amplifying more than mine,” she says, “We are the people and we have power collectively.”

Clearly Waugh is well-suited to playing characters like DC Stella Beckett, who are full of passion and determination. Does she have any other exciting roles in the pipeline, I ask? Not right now. Instead, she’ll be catching up on TV and looking after the new addition in her life.

“I’m a couple of weeks away from pushing this baby out so I think being a sofa judge for RuPaul's Drag Race – with a fabulous little judge alongside me – will probably be my priority for the next few weeks,” she laughs.

Learn more about Waugh’s love for Drag Race and what’s inspiring her lately in her Bustle Booth below.

Oh god! There’s loads! Guildford, London, Belfast, Coleraine, Dawson Creek BC, Vancouver, Bournemouth, Winchester, Manchester, Calais, Malta. (They’re a mixture of where family members are, where I work, and where we’ve been to volunteer.)

Libra – I bring balance (but I’m so indecisive!).

Who knows where thoughts come from…they just appear. (Empire Records – I over quote this entire movie).

I’m catching up on the latest series of Ru Paul’s Drag Race UK and it’s HEAVEN.

I think I’d like to do Bake Off but actually it looks really stressful and I always wanted to do Strictly when I was younger but now the thought of being spun around upside down makes me feel ill. I think I’d be better on something like The Circle where I just have to sit on the sofa and chat with a drink in my hand. Much more like real life for me!

The Ghostbusters theme tune or “Whatta Man” by Salt’n'Pepa.

The resilience, strength, and energy of women’s abortion rights activists in Northern Ireland – a year on from legislation decriminalising abortion, we still do not have access to proper healthcare in Northern Ireland and pregnant people are being forced to travel to England in the middle of a pandemic.

That I’m sound and good craic.