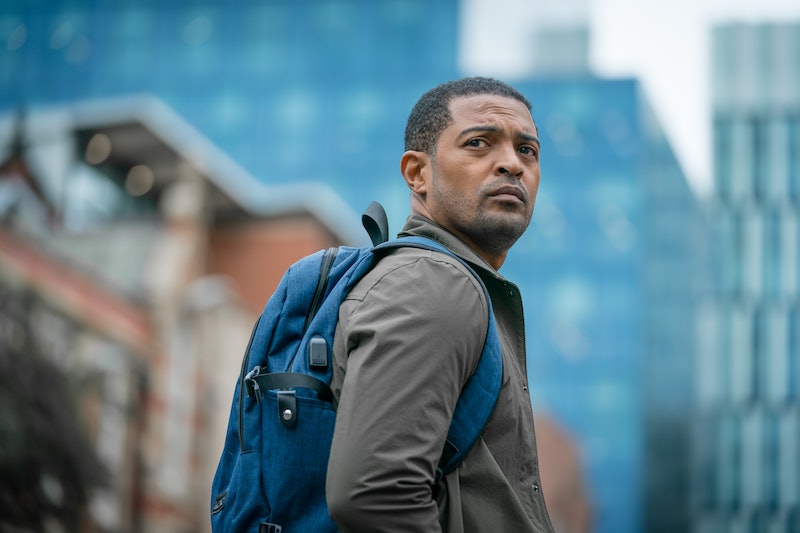 In ITV’s latest drama Viewpoint, Noel Clarke stars as a detective who sets up surveillance in the middle of a suburban neighbourhood in Manchester. Partly based on a true story, this five-episode crime drama will get you hooked immediately. So here’s everything you need to know about Viewpoint, and what it’s all about.

When does Viewpoint air?

Viewpoint begins on April 26 at 9 p.m. on ITV. The five-episode series will be broadcast weekly, and each episode will be available to watch on the ITV Hub after it’s aired.

What’s the plot of Viewpoint?

Set in Manchester, Viewpoint follows DC Martin Young and his partner DC Stella Beckett as they investigate the disappearance of Gemma Hillman, a primary school teacher. He uses the home of single mum, Zoe Sterling, to set up police surveillance where he scopes out the neighbourhood in hopes to incriminate the prime suspect.

All the while, the close proximity between Martin and Sterling sparks a relationship between the two – one that could jeopardise the investigation.

Who’s in the cast of Viewpoint?

Bulletproof’s Noel Clarke takes on the role of detective Martin Young, who is joined by The Fall’s Bronagh Waugh as his partner Stella Beckett. Killing Eve’s Alexandra Roach also stars, who plays single mum Zoe Sterling alongside Tutankhamun’s Amy Wren as the missing Gemma, with I May Destroy You’s Fehinti Balogun playing her boyfriend and suspect Greg Sullivan.

What else is there to know about Viewpoint?

Viewpoint is partly based on a true story, one that its creator Harry Bradbeer experienced through a neighbour. In an interview with ITV, Bradbeer explained that a plainclothes police officer asked his neighbour if they could use her spare room for surveillance of the neighbourhood.

“He was there for a couple of weeks, peering through a chink in the curtains, but never revealing who he was looking at. She became intrigued and gradually worked out it was a case of drug dealing in the opposite house but it was odd having this man there,” Bradbeer explained.

With the release of Viewpoint only a week away, Noel Clarke gave viewers a little taste of what the series has to offer with a short trailer. It’s a very short teaser, but the ominous music and dramatic editing certainly point towards it being another widely-talked about show on social media once it starts airing.

More like this
Everything To Know About The 'Daisy Jones & The Six' TV Series
By Maxine Harrison and Brad Witter
'Consent' Is Not Just One Person’s Story, But Hundreds
By Shahed Ezaydi
Wait, Is 'Happy Valley' Not Actually Over?
By Darshita Goyal
Twitter Simply Couldn’t Cope With The ‘Happy Valley’ Finale
By Sophie McEvoy
Get The Very Best Of Bustle/UK
Sign up for Bustle UK's twice-weekly newsletter, featuring the latest must-watch TV, moving personal stories, and expert advice on the hottest viral buys.