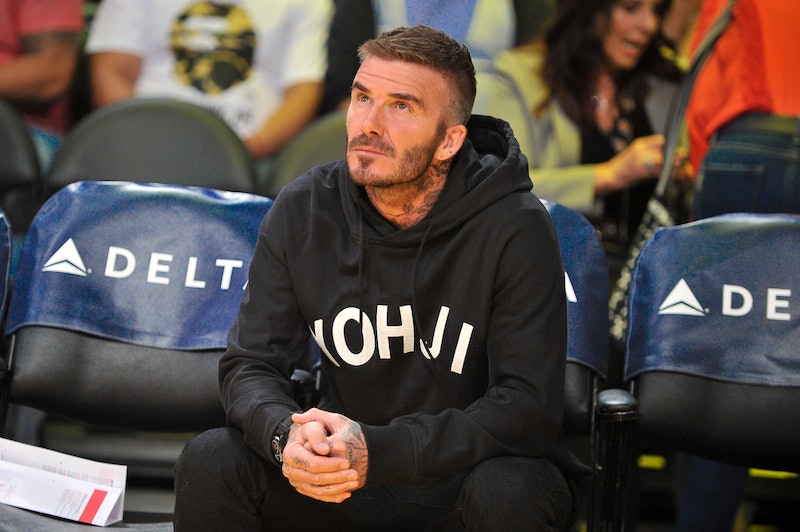 The only bad thing about summer is that eventually it comes to an end. And it would seem the Beckham family feel that disappointment as acutely as the rest of us. Brooklyn Beckham's photo of his dad in the sunshine shows the Beckhams are also desperately clinging on to the last of the summer evenings before autumn really sets in.

Brooklyn's photo, shared on David's Instagram account, shows the bespectacled patriarch looking stoically off into the distance. Captioned "holding onto these last days of summer," it's clear David knows his angles, especially during a sunset shot, and his eldest son is more than capable of capturing it (a skill he has honed with the help of industry experts like Rankin).

Although 2020 has definitely been the year of the staycation, the Beckhams have still managed to get away to sunnier climes and went on some pretty fabulous holidays. The all-star family have hit up Italy's picturesque Puglia, per Hello! and gone en masse to Greece as reported by Vogue. A trip the U.S. in March, reported by the Miami Herald, saw the family celebrating the opening of Inter Miami CF Stadium, the home of Inter Miami which David co-owns.

They've also been sharing lots of happy family shots from their country pile in the Cotswolds, where they celebrated Brooklyn's engagement to Nicola Peltz. Peltz, an actor most recognisable for her role in 2014's Transformers: Age of Extinction, has blended into the family with ease as evidenced by posts from the whole Beckham clan in praise of the match.

The Sun reported in an article on Sept 8 that David and Victoria contracted coronavirus during their trip to the U.S. and feared that they were "superspreaders." These reports, however, have not been confirmed by the Beckhams' reps who Bustle UK reached out to following the report. But if this photo is anything to go by, they're not letting rumours ruin their end-of-summer fun.