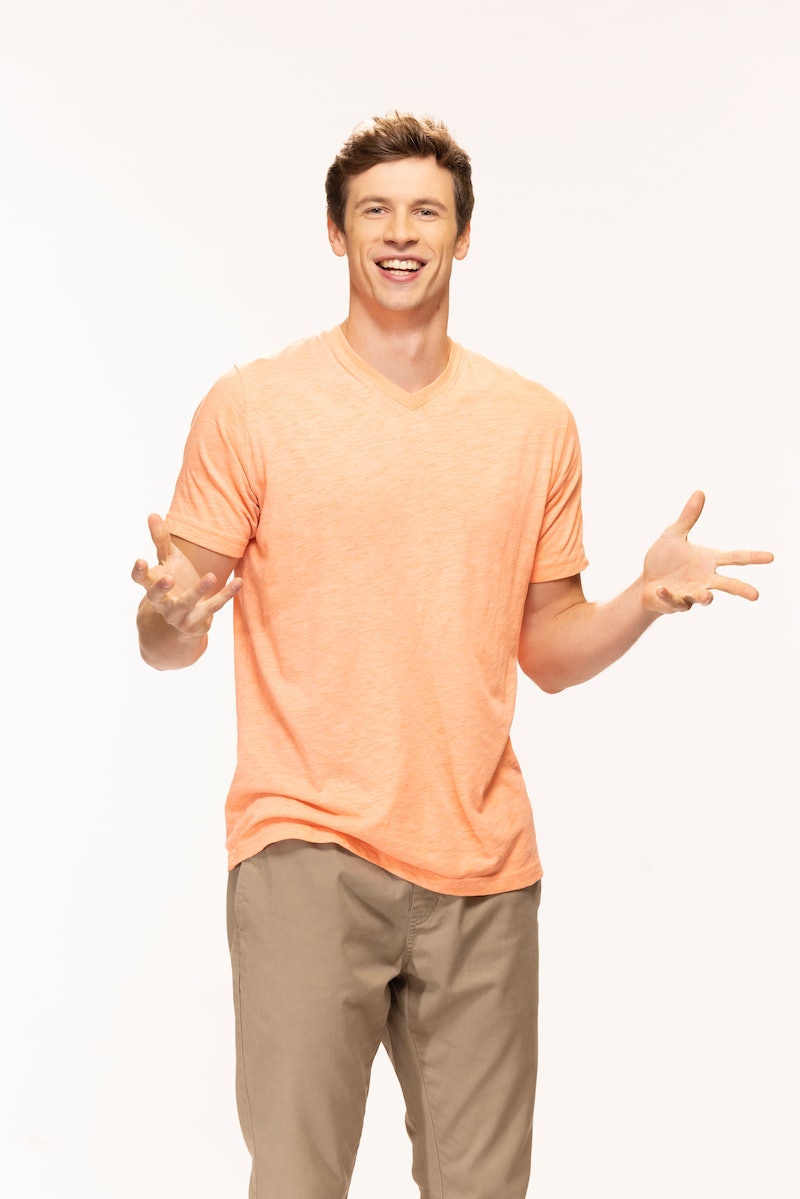 Tom Dymond/Netflix
By Gretchen Smail
May 4, 2022

Among The Circle’s newest contestants is Season 4’s Josh Brubaker, aka “Bru,” a self-described “golden retriever” who’s on a mission to prove that “nice guys can finish first,” as he says in his Episode 1 introduction. He explains that he often comes off as “trustworthy, loyal, and kind,” which he’s hoping will win his fellow contestants over. Here’s everything else to know about the 25-year-old from West Hollywood, California, who already has quite an online following of his own.

As it turns out, Bru already knows what it’s like to make conversation when you’re all alone in a room, seeing as he works as a radio host. “I’ve got my Midwest values, I know who I am, and I get paid to talk, so [The Circle] is perfect [for me],” he says in the episode. He notes that he’s based in Los Angeles, but per Bru’s LinkedIn, his employer appears to be a Detroit radio station. Bru was also formerly an on-air host for several different radio stations in Michigan. “I’m pretty popular online,” he explains in his Circle introduction; his TikTok follower count currently sits at 4.1 million. “If I can be popular on social media, I think I can be popular in The Circle.”

Bru is the self-proclaimed “CEO of radio TikTok,” with his account, @bruontheradio, showing what his life is like as a host who does red carpet events but who also conducts interviews from a studio booth, or even from the comfort of his bedroom. He’s hosted live TikTok preview shows for the MTV series Becoming a Popstar, and he’s interviewed everyone from Harry Styles to Ava Max and Becky G. Amusingly, Bru even got a glowing compliment from Styles during an interview. A TikTok clip of the exchange shows Bru explaining that he’s keeping his camera on, even though it’s an audio-only interview, because he wants Styles to see how excited he is. “I mean, with a face like that, why wouldn’t you?” Styles responds.

Since TikTok is his main platform, Bru mostly uses Instagram to just post photos from some of the events he’s hosted for, like the Vanity Fair Oscar Party and the Spider-Man: No Way Home red carpet premiere. He also shares plenty of photos of his girlfriend, Anna, a content creator also based in Los Angeles.

Clearly Bru has plenty of experience using social media for his own benefit, and he’s used to getting people to open up. “The game plan is I’m going to try to be everyone’s friend,” he says on the show. “So I’m not going to build too many alliances, put all my eggs in one basket. I’ll be planting the seed with everyone, being The Circle bestie, if you will.” He adds that he can see the other contestants confiding in him over time. “I’m just a, you know, non-threatening face, so tell me all your deepest, darkest secrets. It’s how I’m going to win.”