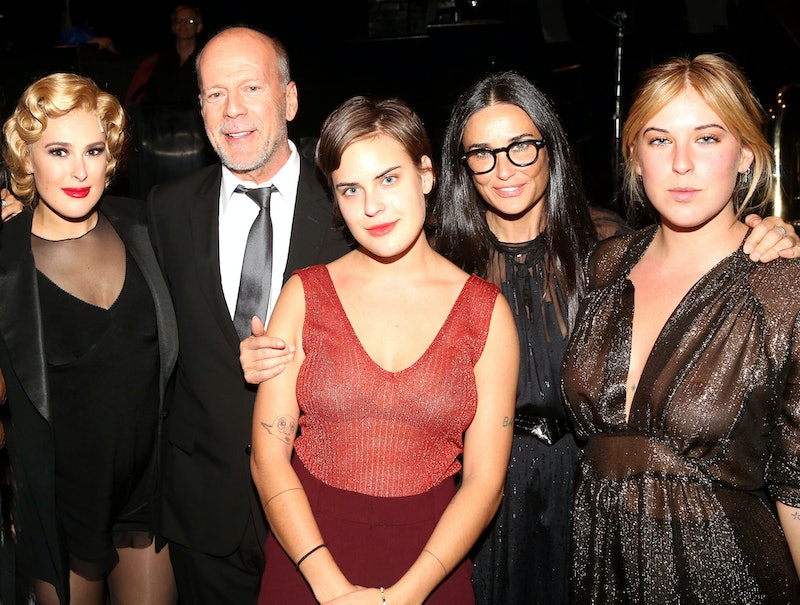 Bruce Willis is retiring from acting due to his health. On March 30, his and Demi Moore’s daughter Rumer Willis announced in an Instagram post that the legendary actor is “stepping away” from his career after being diagnosed with aphasia, a form of dementia caused by brain damage that affects one’s ability to communicate. “To Bruce’s amazing supporters, as a family we wanted to share that our beloved Bruce has been experiencing some health issues and has recently been diagnosed with aphasia, which is impacting his cognitive abilities,” she wrote. “As a result of this and with much consideration, Bruce is stepping away from the career that has meant so much to him.”

Moore also shared the news on her Instagram, writing that it’s been a “really challenging time for our family.” Willis and Moore have been divorced for more than two decades, but they share three daughters together — 33-year-old Rumer, 30-year-old Scout, and 28-year-old Tallulah — and have stayed close friends since ending their 13-year marriage in 2000, even quarantining together with their kids at the start of the COVID-19 pandemic.

Willis and Moore concluded their joint posts by thanking fans and friends for their support and affirming that they would be getting through this time as a family. “We are moving through this as a strong family unit, and wanted to bring his fans in because we know how much he means to you, as you do to him,” they wrote. “As Bruce always says, ‘Live it up’ and together we plan to do just that.” The note was also signed by Willis’ wife Emma Heming Willis and their two daughters, 9-year-old Mabel Ray and 7-year-old Evelyn Penn.

Willis is best known for his roles in iconic films like Die Hard, Pulp Fiction, Armageddon, The Sixth Sense, and more, making him one of the most prominent action movie stars of our generation. According to the Associated Press, the actor has amassed more than $5 billion in box office revenue worldwide throughout his four-decade career, and has won two Emmy Awards and a Golden Globe. Up until the announcement of his retirement, Willis had been working steadily, with several new films still to be released in the coming years, including The Wrong Place, Fortress 3, and Paradise City.

Most recently, on March 19, Willis’ family commemorated his 67th birthday. Moore shared a photo of her and Willis carrying what looks to be a tray of pinecones on Instagram. “Happy birthday, Bruce!” she captioned the post. “Thankful for our blended family.”

His wife Heming Willis shared a sweet video filled with candid photos and memories. “I don’t just love him, I really really like him,” she wrote, complete with the hashtag #birthdayboy.

And just two days later, the couple celebrated their 13th wedding anniversary, sharing a photo of them crying at their wedding reception. “13 years ago, those wedding speeches really sent us over the edge,” she captioned the post.