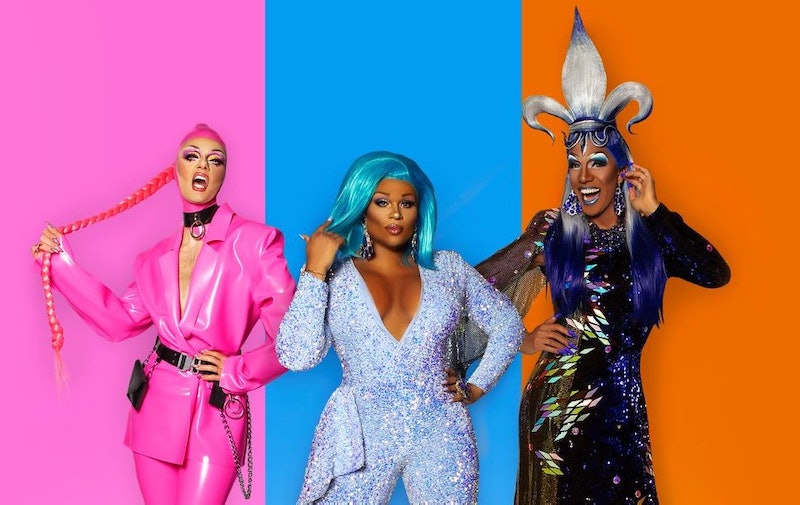 RuPaul’s Drag Race All Stars 6 is set to premiere on June 24, and mother Ru is surely already working on the next edition of Drag Race franchise. But now there is one more reality TV show — titled Call Me Mother — coming soon that will help satiate fans’ seemingly unending desire for drag queen-related content that has gripped the world. For those who have devoured all things Drag Race, some of the personalities in this new program will be very familiar, and the show’s description makes it seem like it will be dripping in drama.

Call Me Mother is a reality competition series coming this fall to OutTV, and it will star Drag Race runner-up Peppermint, Drag Race UK contestant Crystal, and Barbada de Barbades, who hails from Canada and who has not yet made her mark on TV. Each of the three seasoned queens will serve as mother of their own drag house, with the three groups competing against one another in a series of trials and tribulations. Every week for eight weeks, one group will lose the challenge, and mother will have the unfortunate task of choosing one of her drag children to go home.

Peppermint will serve as mother of the House of Dulcet, Crystal will lead the House of Glass (appropriately named), while Barbades will rule over the House of Harmonie. Individual contestants haven’t been revealed yet. All three houses, and the many contestants included in them, are all vying for a prize valued at $50,000 (though what exactly that is remains vague) and the coveted title of the “First Child of Drag.”

“I loved filming the series and I can’t wait for viewers to meet our gorgeous, adopted families,” Crystal said a statement to EW. Viewers can expect warmth, humour, diversity, lewks, and bucketloads of talent. You’re going to DIE!”

Drag aficionados will have to wait a little while longer to watch Call Me Mother, as it’s not slated to air until sometime this fall, though a proper release date hasn’t been made public yet. The show will air OutTV and the network’s channel on AppleTV+. It will be hosted by Entertainment Tonight Canada’s Dallas Dixon.

Houses are common in the drag world, though so far there hasn’t been a show that includes them heavily, as they’re not the focus of any current Drag Race iteration. Many contestants on that Emmy-winning series come from well-known drag houses, with some families sending several talents to different seasons. Drag houses typically feature a founder and mother who uses her know-how, connections, and network to build something of an empire and help her carefully-selected drag children become successful on their own.

If the program sounds like it’s borrowing a lot from RuPaul and his empire, that’s because it is. In fact, the show’s name is taken from a song released by the top queen of all time titled “Call Me Mother,” featured on his album American. While Drag Race fans may begin feeling some deja vu as they tune in, there’s plenty of room for more drag on TV, especially for a series that looks at drag on a global scale.