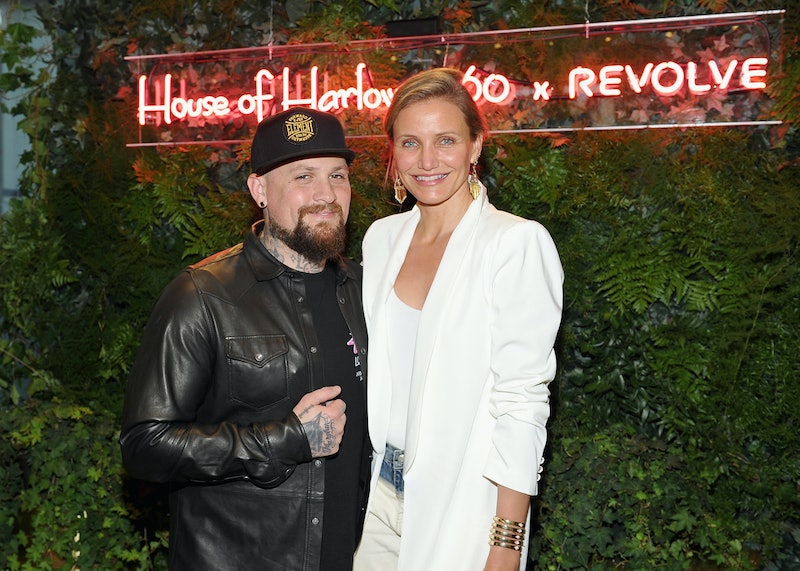 This is one lucky celebrity baby. During a recent chat with Jimmy Fallon, Cameron Diaz revealed that Benji Madden has already written songs for their daughter. Better yet, Madden, who is perhaps best known for his Good Charlotte days with his twin brother, Joel Madden, even sings the songs to Raddix. And you can bet Diaz is just as into it.

"She just loves it. She just looks at her daddy and loves him so much and it just makes my heart wanna explode," Diaz gushed. It sounds like Raddix has music in her bones, too. According to the actor, Raddix dances to music at home and in the car, including, but not limited to "Baby Shark," "Elmo's Song," and many other genres. "When we go on car drives, Benj will put on some Afro-Cuban music, and she is in her car seat and her little legs are kicking," Diaz said. "I'm like, 'Yeah, that's my girl!'"

Diaz isn't one to normally discuss her personal life, especially when it comes to her daughter. In January, she announced on social media (and to the surprise of most everyone) that she and Madden welcomed their first child together. She also made it clear that they wouldn't be sharing further details or photos of Raddix.

Prior to chatting with Fallon, Diaz discussed being a new mom in quarantine during an April 14 Instagram Live with Who What Wear CEO Katherine Power. "I’ve kinda been living a quarantine life anyhow because I have a three-month-old, or a three-and-a-half-month old," she said. "So my life has been completely quiet and still for the last few months." She also admitted, "I love a bubble."

It doesn't sound like much has changed for Diaz. She still enjoys being home and is embracing every moment of quarantine, because it's allowed her to actually spend time with Raddix. "Yesterday is literally gone, and today is a new day, and tomorrow will be a new day that she's a completely different baby," she told Fallon. "It's so gratifying to actually get to see that growth and to be a part of it, and to help let her be her."